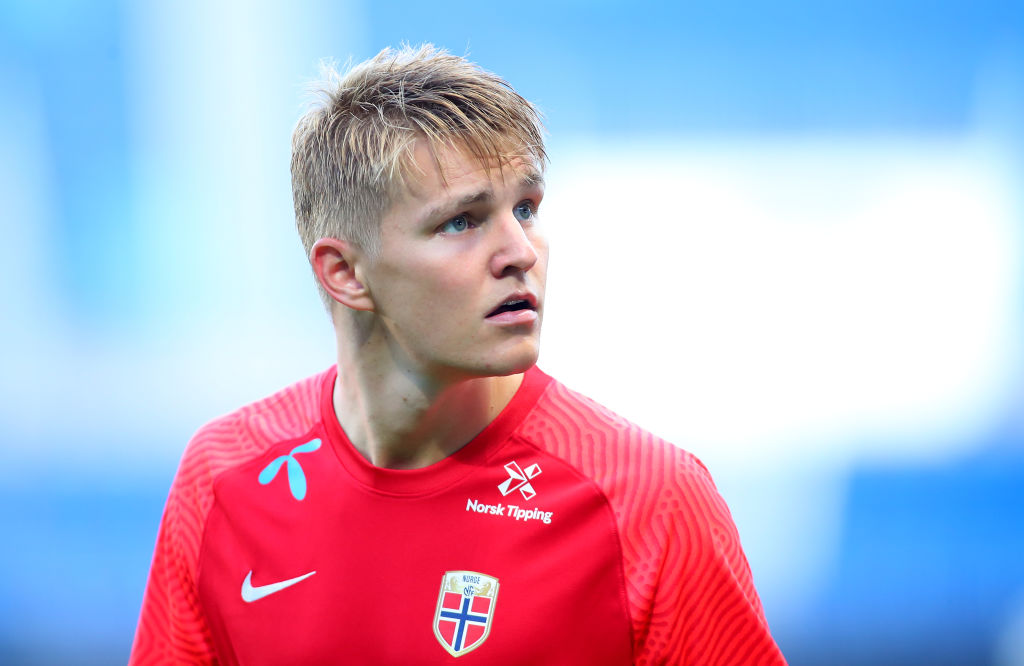 Arsenal want to sign Martin Odegaard from Real Madrid on a permanent basis (Picture: Getty)Arsenal are increasingly resigned to missing out on signing Mikel Arteta’s top transfer target, Martin Odegaard, on a permanent basis from Real Madrid.
The Norway international impressed during a six-month loan spell at the Emirates last season having been deemed surplus to requirements by Zinedine Zidane.
After finishing empty handed last term, Real have dispensed with the legendary Frenchman and reappointed Carlo Ancelotti who is minded to give Odegaard an opportunity to kick-start his career in the Spanish capital.
Mikel Arteta, meanwhile, is desperate to add more creativity to a side which scored just 55 goals in 38 Premier League games last term and had been determined to retain the services of Odegaard.
Arsenal, however, according to cbssports, immediately rejected Real’s audacious offer to include Emile Smith Rowe in any potential deal for Odegaard.
The England Under-21 international has established himself as a key part of Arteta’s rebuilding project, thriving last season alongside fellow academy graduate Bukayo Saka.

Emile Smith Rowe is yet to commit his long-term future to Arsenal (Picture: Getty)Smith Rowe’s current contract expires in two years’ time and Arsenal are keen to tie him to a longer deal, while the player is seeking a significant rise on his current salary of £20,000-a-week.
Arsenal knocked back a £25million offer for the versatile forward on Wednesday and are said to be confident the 20-year-old will commit his long-term future to his boyhood club, although the two parties are said to be some way from finding a resolution.
More: Arsenal FC

Aside from adding to their attacking options, Arsenal are keen to strengthen their defence and have seen an opening £40million bid for Brighton’s Ben White rejected, while Anderlecht have resisted a £15m offer for their highly-rated midfielder Albert Sambi Lokonga.
The Gunners are also looking to sign another goalkeeper, regardless of Bernd Leno’s future, with Sheffield United’s Aaron Ramsdale and Ajax’s Cameroon international Andre Onana heavily linked.