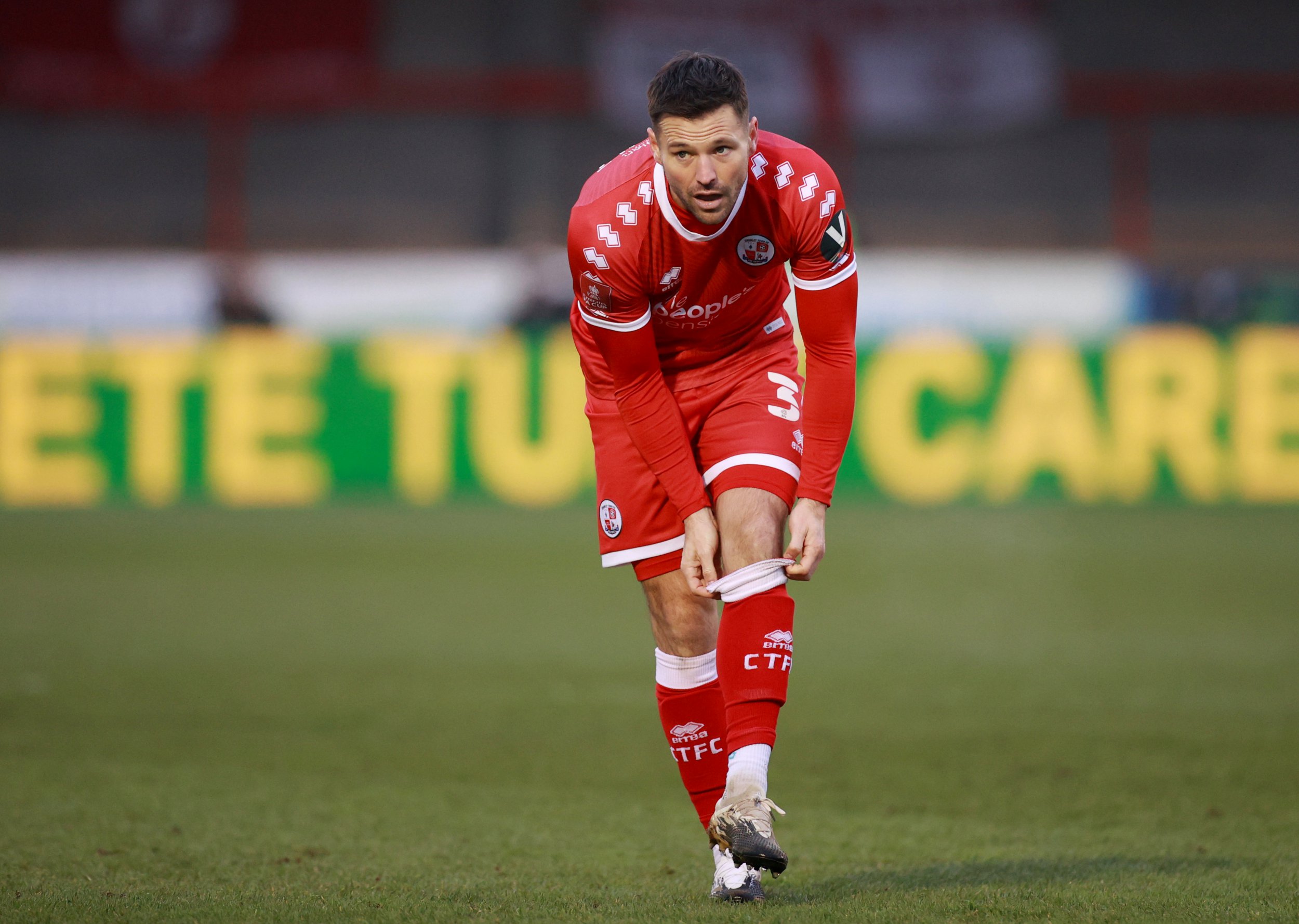 Mark is considering a victory streak should England triumph (Picture: Reuters)Mark Wright has hinted he’ll streak if England beat Scotland – but if they lose, he will block his Scottish father-in-law’s phone number ‘for at least a month’.
The 34-year-old TV presenter, who married Brassic star Michelle Keegan in 2015, intends to get his kit off and sprint across the pitch at Wembley if England defeat Scotland in their Euro 2020 Group D clash on Friday night.
The former professional footballer is currently in the plumb role of co-host of Sky Sports News’ Euro 2020 coverage, presenting Good Morning Euros alongside Bela Shah.
Mark revealed: ‘I’m going to the game at Wembley… I watched the 1996 fixture at Wembley when Gazza scored that goal in the Euros. It was a moment I’ll never forget.’
Thinking of the excitement of that iconic moment, he then confessed to The Sun: ‘If Phil Foden or Jack Grealish can be our modern-day Gazza tonight and I’m there to witness it, it will be a dream come true. I might streak on the pitch.’
However, he admitted to tension between the Keegan and Wright households as Michelle’s father is Scottish and ‘and he wants Scotland to win massively’, so from the game’s kick off they’ll ‘be taunting each other big time’.

Michelle’s Scottish father is a proud supporter of his national team (Picture: Dave Benett/Getty Images)He continued: ‘If England win he will be getting ribbed, and if we lose, his number will be getting blocked for at least a month. I will never live it down. I will love-hate him for that period of time.’
The former Crawley Town player – who also had stints on the youth team at West Ham and Arsenal – explained the pair’s passionate rivalry when it came to football.
‘It’s a crazy thing but an amazing thing that we both want to beat each other so bad, the rivalry’s so huge between Scotland and England.
‘But it’s about the football shirts and the players that are wearing it, not about the country, because ultimately we do love each other.’
He also clarified that, despite their opposing sides for the football match, he loved his father-in-law ‘to bits’.
More: Mark Wright

‘But when it comes to the game, we would have an Anthony Joshua stare off before it because that’s how ready and psyched up we are.’
Mark’s boss at Sky Sports News is also Scottish, the former Towie star said, so we look forward to seeing how he reacts to his footie-mad employee shedding his clothes in the name of (possible) victory.
Got a story?
If you’ve got a celebrity story, video or pictures get in touch with the Metro.co.uk entertainment team by emailing us celebtips@metro.co.uk, calling 020 3615 2145 or by visiting our Submit Stuff page – we’d love to hear from you.

MORE : Mark Wright draws on personal experience to claim working out boosts sex drive: ‘It all goes hand in hand’