The next trade Celtics should make after dealing Kemba Walker 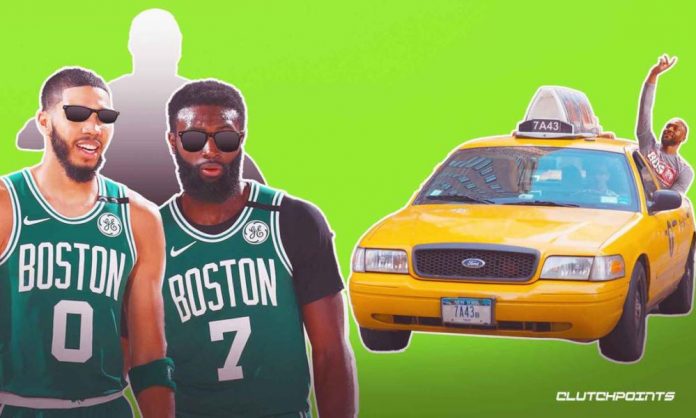 After officially trading Kemba Walker to the Thunder for Al Horford, the Celtics have now added some size and a much-needed veteran presence on this young and star-studded squad. Having said that, there is still a lot of work to be done in Boston, and with Walker no longer on the team, they have a void to fill at the point guard position.

Making another trade for a high-quality point guard to throw into the mix with Tatum, Brown, and Smart should be their next big move. On that note, let’s take a look at the ideal point guards the Celtics should trade for to put them back in title contention.
Spencer Dinwiddie
Before an injury that has kept him out most of the year, Spencer Dinwiddie was an absolute spark plug for the Brooklyn Nets. With his stellar 3-point shooting, court vision, and solid on-ball defense, Dinwiddie was a perfect backcourt pairing with Kyrie Irving. Now with the Nets having a stacked backcourt with Irving and James Harden, they’re going to have a glut of guards on the roster.
Especially since Dinwiddie has no desire to come off the bench with the Celtics, he would slide in perfectly to the point guard position and provide them with great passing and scoring and strong perimeter defense. All areas will lessen the load for Tatum and Smart while giving them another reliable veteran presence on this young team.
John Wall
After resurrecting himself this season as an efficient and effective two-way guard, John Wall is definitely the high-caliber kind of player that could take this Celtics team to the next level. With Wall running the point for them, they’d be a more aggressive and up-tempo squad, especially with Tatum and Brown running fast breaks with him.
His gritty defense and hard-nosed play make him a perfect fit for this Celtics squad and would add another tough veteran to this contender in the making. In John Wall, they’d have a seasoned point guard with strong playoff experience that could provide wisdom to a growing team and developing more and more each year.
Russell Westbrook
Currently walking on uncertain ground with the Wizards, Russell Westbrook could be on the trade block, especially with rumors flying around that he wanted Washington to keep Scott Brooks on as head coach. With the Celtics, Westbrook would have a fresh start and join an elite and talented eastern conference playoff team with lots of upside and blossoming stars in Jayson Tatum and Jaylen Brown.
His limitless athleticism and tenacious approach to the game could be what propels this team into title contention. On a young Wizards team, Westbrook showed true leadership and was able to lead by example. Westbrook could get this team over the hump and shock the entire league on a Celtics team with already established and continually developing stars, making them an overlooked contender.