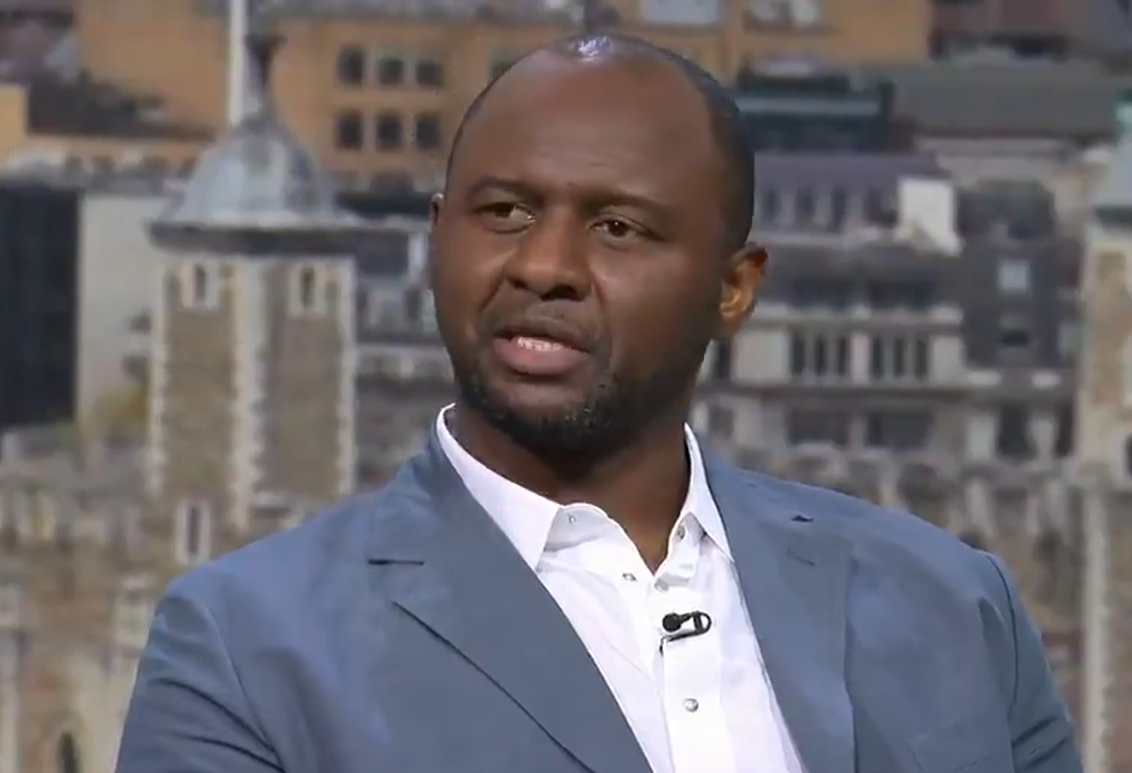 Patrick Vieira is not a fan of Chelsea star and Germany international Antonio Rudiger (Picture: Getty)Patrick Vieria fears Germany will struggle to meet expectations at Euro 2020 if Joachim Low continues to pick both Mats Hummels and Antonio Rudiger at the heart of his defence.
The 32-year-old Hummels recently came out of international retirement but was badly exposed during Germany’s opening group stage match against France, where his lack of pace was brutally exposed by an electric Kylian Mbappe.
Rudiger, meanwhile, gave an ill-disciplined display which featured a bizarre biting incident with Paul Pogba that was fortunate to go unpunished.
Having been deemed virtually surplus to requirements by Frank Lampard, the former Roma defender began to resurrect his Stamford Bridge career under Thomas Tuchel and featured prominently during Chelsea’s run to Champions League glory last season.
Vieira, however, believes he is ill-suited to the job of minding Hummels in Low’s set-up and is liable to lose his head at any moment.

Antonio Rudiger was accused of biting Paul Pogba in Germany’s defeat against France (Picture: Getty)Speaking ahead of Saturday’s match against Portugal, the former Arsenal skipper said: ‘You need two around him to give him more protection but I don’t know if Rudiger is the type of player that you can count on him, he’s not the smartest one.
‘Sometimes he makes a poor decision that gives his teammates a big big problems. We saw the goals that Germany concede against France he can do silly things the bite on Pogba he’s somebody that can lose his head in any moment during a game.
‘I think Hummels is not the quickest one but he’s really smart and uses his brain to try to defend well but it’s going to be tough at this level for him.’
More: Chelsea FC

Those sentiments were largely echoed by Gary Neville, with the former Manchester United defender claiming Rudiger is only likely to excel if he is given detail and specific instructions.
He said: ‘Rudiger needs a project during a game, you need to give him an instruction you can’t leave it open to chance with him. I think if you said to him go and stick to Cristiano I think he’s actually confident enough in a stupid way sometimes to think I’ll mark him out of a game and make sure he absolutely doesn’t get a kick.
‘But I think if you say he goes there, you swap over, he does that I think you will end up confusing him and he ends up getting pulled up all over the place.’