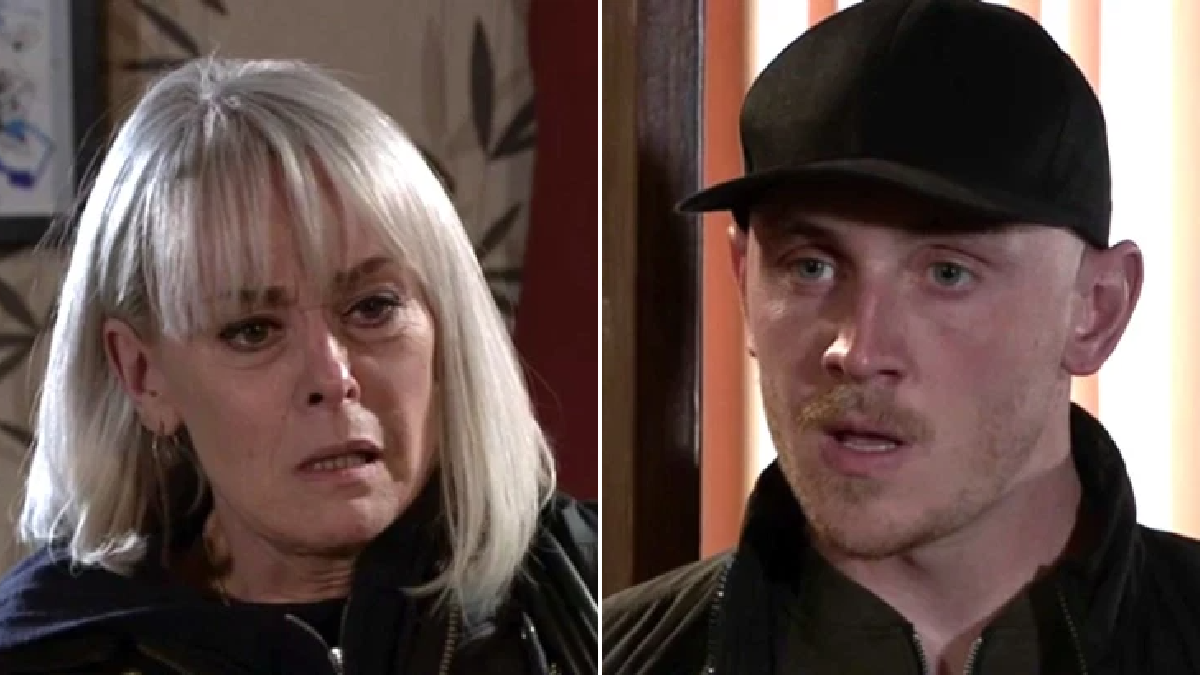 Sharon paid the price (Pictures: ITV)Sharon Bentley (Tracie Bennett) made a huge decision in tonight’s episode of Coronation Street and betrayed Harvey Gaskell (Will Mellor) in an attempt to warn Leanne Battersby (Jane Danson).
With Sam (Jude Riordan) secretly visiting Nick (Ben Price), neither of them had any idea they were being watched by Harvey’s sidekick Rhys.
As a plan got underway, Sharon attempted to talk Rhys out of it but to no avail.
Knowing how much hurt had been caused, Sharon called Leanne and attempted to warn her of what’s to come. However, as Leanne doesn’t speak to ‘scum’, she didn’t believe a word Sharon was saying.
Returning from visiting Oliver’s grave, Steve (Simon Gregson) and Leanne were horrified to hear gunshots.
Racing over, they found Nick and Sam on the ground, thankfully neither of them were hurt.
As Leanne glanced over, she saw Sharon, and the penny dropped that she really was trying to warn her.
Back in the dodgy hideout, Sharon packed up her things and received a call from Harvey.
Just as Sharon was about to leave, Rhys burst in.
With Rhys knowing about Sharon’s betrayal, he instructed her to put her bags down as he’d ‘hate to hit a woman with their hands full’.

How far will Rhys go?
Could Harvey have instructed Rhys to kill Sharon?
If you’ve got a soap or TV story, video or pictures get in touch by emailing us soaps@metro.co.uk – we’d love to hear from you.
Join the community by leaving a comment below and stay updated on all things soaps on our homepage.