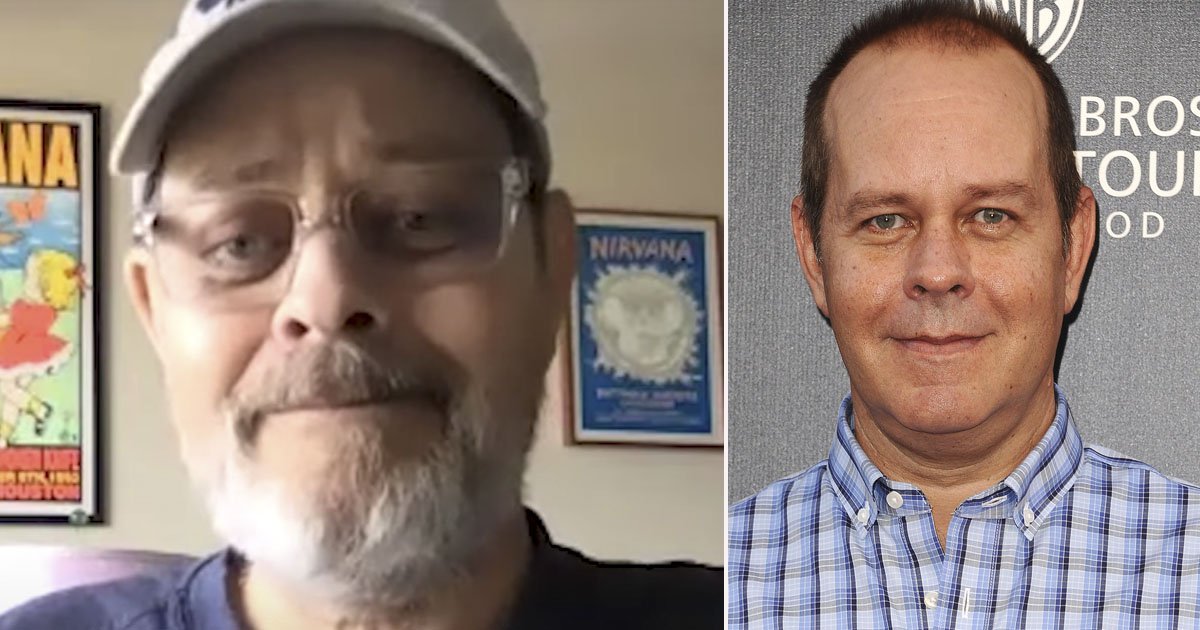 James Michael Tyler was diagnosed with prostate cancer in 2018 (Picture: YouTube, Getty)Friends actor James Michael Tyler has revealed he ‘nearly died’ from prostate cancer eight months ago after being rushed to intensive care.
The actor, who famously played Gunther in the hit US sitcom, announced this week that he has been diagnosed with ‘advanced prostate cancer’ and that the disease has spread to his bones.
In a PSA recorded for the Prostate Cancer Foundation, James teared up as he revealed the moment his health deteriorated.
‘I wound up in intensive care. I nearly died last October,’ he said in the clip. ‘And the fear of not coming back to see my wife, not being around, my friends. I wish I’d [got tested] earlier.’
‘If there’s one piece of advice I could give to men out there to avoid where I am today specifically, is get tested. Ask for a PSA test. My specific cancer went to the bones before it could be stopped, before I realised I had it.
Praising the charity’s efforts, James added: ‘There are people working on this around the clock, around the world and the Prostate Cancer Foundation… they do wonderful work. Absolutely critical work to find a cure for this pretty terrible disease.
I can tell you you don’t want to go through what I’ve had to go through the past two and a half years.’

James, 59, had earlier opened up about his health battle on the Today show and explained how he had been diagnosed in September 2018.
‘It’s stage 4 (now). Late stage cancer. So eventually, you know, it’s gonna probably get me,’ he said.
The beloved TV actor starred alongside Jennifer Aniston, David Schwimmer, Courteney Cox, Matthew Perry, Lisa Kudrow and Matt LeBlanc in Friends between 1994-2004. He appeared virtually during the recent HBO Max reunion special and said he wished he could have attended in person.
Confirming that the cast already knew about his illness, he stated: ‘I wanted to be a part of that, and initially I was going to be on the stage, at least, with them, and be able to take part in all the festivities.
More: US Showbiz news

‘It was bittersweet, honestly. I was very happy to be included. It was my decision not to be a part of that physically and make an appearance on Zoom, basically, because I didn’t wanna bring a downer on it, you know? … I didn’t want to be like, “Oh, and by the way, Gunther has cancer.”’
Prostate cancer is one of the most common types of cancer. The prostate is a small walnut-shaped gland in males that produces the seminal fluid that nourishes and transports sperm.
Got a story?
If you’ve got a celebrity story, video or pictures get in touch with the Metro.co.uk entertainment team by emailing us celebtips@metro.co.uk, calling 020 3615 2145 or by visiting our Submit Stuff page – we’d love to hear from you.

Facebook
Twitter
Pinterest
WhatsApp
Previous articleAnthony Mackie Faces Backlash From ‘Falcon and the Winter Soldier’ Fans Over Sam and Bucky Remarks!
Next articleTamar Braxton Has A New Podcast Episode Out – Hear It Here