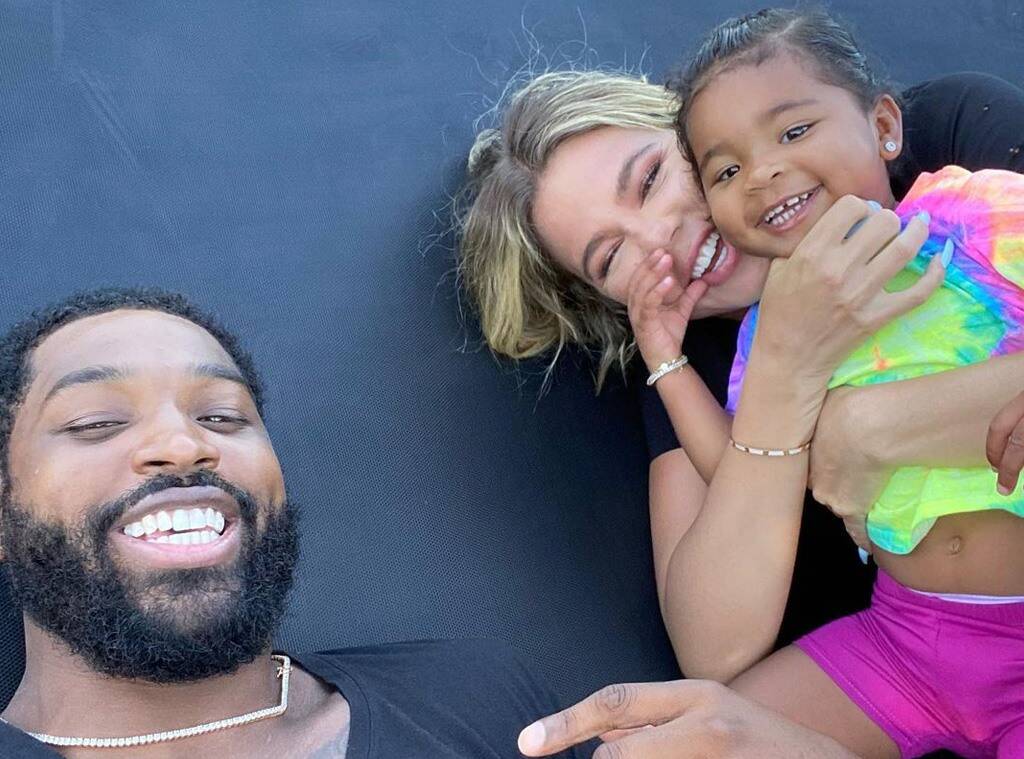 According to new reports, Khloe Kardashian and Tristan Thompson are over, again! Their latest split comes after the on-again, off-again couple rekindled their romance last fall! A source close to the exes shared via E! News that Khloe felt ‘betrayed’ by her baby daddy and explained why that is! RELATED: The President Of Scott Disick’s Rehab Facility Speaks Out After Scott’s Photo Leaks With Story At this point, the reality TV star and the father of their daughter True, are yet to address the alleged breakup publicly. However, the reports about the two walking their separate ways come only hours after the basketball player was supposedly seen entering a bedroom with three different women at Nessel “Chubbs” Beezer’s party. One eyewitness also mentioned that the party was hosted by Drake at a mansion. RELATED: Travis Scott Raves About Fatherhood And Stormi – Says She’s Changed His Life! Another insider told E! News that ‘Tristan was hanging out with Drake, Diddy and with Chris Brown most of the night. He was seen hanging out with several women on the upstairs deck and went into a private room with 3 of them. He seemed like he was in a super good mood and he wanted to party. He was drinking and partying into the early hours of the morning.’ Not only that but, yet another source also told the same news outlet that Tristan would tell the other partygoers that he was single. Earlier today, however, Tristan seemed to deny the reports by posting blue cap emojis on his Twitter account, which could be a reference to the slang word used when something is not true. As for the breakup from Khloe, an insider close to the KUWTK celeb claims that it happened not too long ago and it was over suspicions regarding his loyalty. ‘They had been working through the cheating rumors for the past couple of weeks, but Khloe told him he lost all her trust and the relationship could not be repaired. Khloe tried, but ultimately, she felt too betrayed by him. She is done and says she will not go back. They’ve been co-parenting and have seen each other several times the last week with True, but they are not romantically together.’