Murder suspect ‘forced woman to drive 33 hours until he surrendered’ 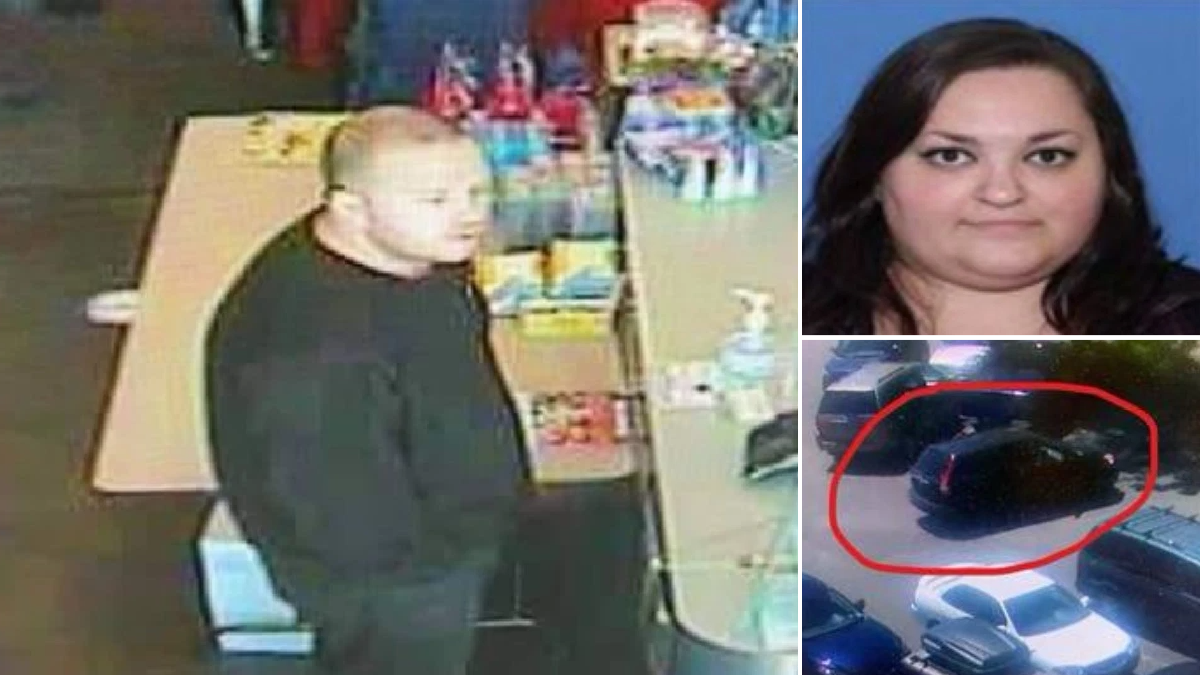 Oen Evan Nicholson (left) allegedly forced Laura Johnson (top right) to drive for 33 hours across states until she convinced him to turn himself in (Pictures: North Bend Police Department/Springfield Police Department)An armed murder suspect allegedly forced a woman to drive for 33 hours from Oregon to Wisconsin before she managed to convince him to surrender. Oen Evan Nicholson, 30, was arrested on Sunday after being wanted in deaths of three people.
Nicholson allegedly murdered his father Charles Simms Nicholson and left his body in his dad’s trailer in North Bend, Oregon, according to Law & Crime.
On Friday, he also fatally shot Jennifer Davidson, 47, at Herbal Choices Marijuana Dispensary. The same morning, he ran over and killed Anthony Oyster, 74, with a pickup truck and seriously injured Linda Oyster, 73, according to authorities. Both incidents drew 911 calls, Coos County District Attorney Paul Frasier said during a press conference.
The 2019 Dodge truck used by Nicholson crashed and was set on fire, according to Frasier. Nicholson then got out of the pickup with what appeared to be a handgun and run into a bush, witnesses told authorities.
Around the same time, cops with the Springfield Police Department searched for Laura Johnson, who disappeared on Friday. Johnson, of Springfield, Oregon, was on a lunch break when Nicholson confronted her and made her go back to the parking lot, officials said.
Nicholson demanded that Johnson drive north until they reached Milwaukee, Wisconsin, There, he was arrested without incident, according to police.
While police did not immediately provide details about the arrest, Johnson’s father said she talked him into turning himself in.
‘He approached her in her vehicle with a gun,’ her father Dennis Johnson told KEZI. ‘They said she was forced to drive 33 hours to where they’re at. She was able to talk him into turning himself in.’
Nicholson was charged with six mounts of murder although there were three deaths, due to Oregon law. He is also charged with one count of attempted second-degree murder, one count of first-degree assault and two counts of failure to perform duties of driver to injured people.
For more stories like this, check our news page.
Get in touch with our news team by emailing us at webnews@metro.co.uk.