HomeBusinessRaheem Sterling and Riyad Mahrez among Man City players who could be...
BusinessGeneralScienceTechnologyWorld News 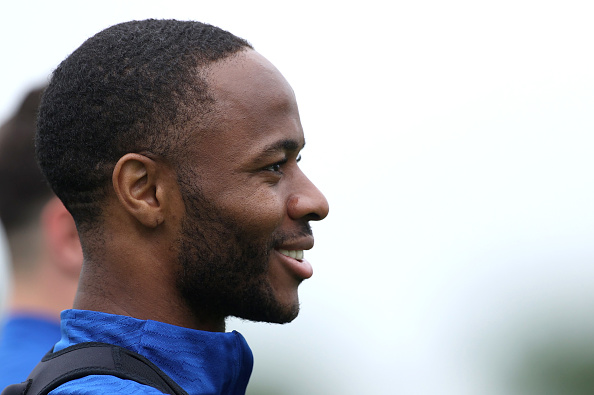 Kane is on England duty at Euro 2020 (Picture: Getty Images)A number of Manchester City’s first-team stars could be used in a part-exchange deal to land Tottenham talisman Harry Kane, according to reports.
Kane, 27, has informed his boyhood club that he wants to seek a new challenge this summer with a move away from the Tottenham Hotspur stadium.
A multitude of clubs including Manchester United, Chelsea and City have been linked with the England captain, and reports earlier this week suggested that Pep Guardiola’s Premier League champions have made an opening offer worth at least £100million for his services.

Sterling is one of the City players who could be used as a makeweight (Picture: Getty Images)According to The Athletic, City want to use players as makeweights in any prospective deal for Kane.
The report states that the Manchester club have mooted Raheem Sterling, Riyad Mahrez, Gabriel Jesus, Aymeric Laporte and Bernardo Silva as potential options in a part-exchange transfer.
However, in the discussions that have taken place between the two clubs, Spurs weren’t keen on the idea of a swap deal.
Meanwhile, Tottenham chairman Daniel Levy is insistent that Kane is not for sale in the summer transfer window.
More: Premier League

Kane has put in off-colour performances in England’s first two group games at Euro 2020, failing to score against Croatia and Scotland.
But Gareth Southgate has dismissed calls for the striker to be dropped for the Three Lions’ final group stage clash against Czech Republic.
Asked whether Kane will start on Tuesday, Southgate told ITV Sport: ‘You can assume that, absolutely.
‘I don’t mind giving you that.
‘Harry during the World Cup ended up playing a lot of football, we felt we needed to manage that load a little bit this time and we have some good options on the bench to bring people into the game.
‘But he’s our most important player, there’s no doubt about that.
‘You’ve only got to look at his goalscoring record with us to see the importance to the team.’