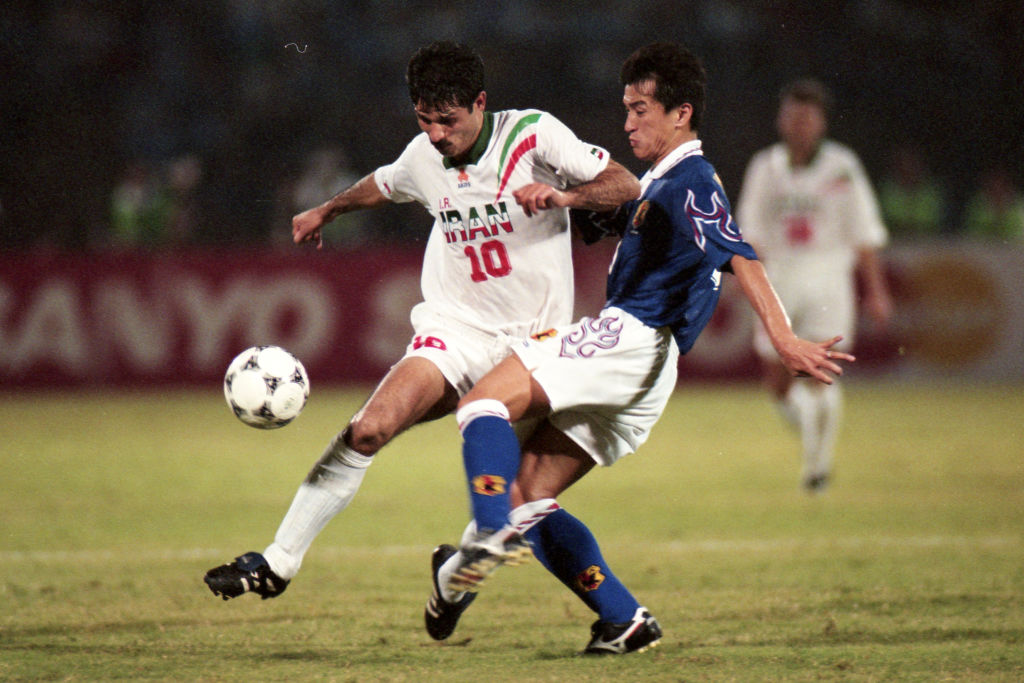 Cristiano Ronaldo is now the joint highest men’s international scorer with 109 goals (AP)Cristiano Ronaldo has received a message of congratulations from Iran’s legendary striker Ali Daei after equalling the record for most international goals in men’s football.
Ronaldo scored two penalties in the 2-2 draw with France at Euro 2020 on Wednesday evening, which puts him level with Daei on 109 international goals.
Ronaldo now has the chance to break that record in Portugal’s last-16 clash against Belgium on Sunday evening.
And after seeing his record equalled, Daei, who scored 109 goals in 149 games for Iran, praised Ronaldo for his achievement.
‘Congratulations to Cristiano who is now one goal away from breaking the men’s international goal scoring record.
‘I am honoured that this remarkable achievement will belong to Ronaldo – great champion of football and caring humanist who inspires and impacts lives throughout the world. Vamos!’

Ali Daei scored 109 goals in 149 games for Iran (Getty)Earlier this year, Ronaldo broke Pele’s record for the total number of goals in his career.
Ronaldo scored a hat-trick in Juventus’ 3-1 win over Cagliari in Serie A, which surpassed Pele’s unverified total of 767 goals.
The 36-year-old has now scored 783 goals for club and country so far.
For more stories like this, check our sport page
Follow Metro Sport across our social channels, on Facebook, Twitter and Instagram