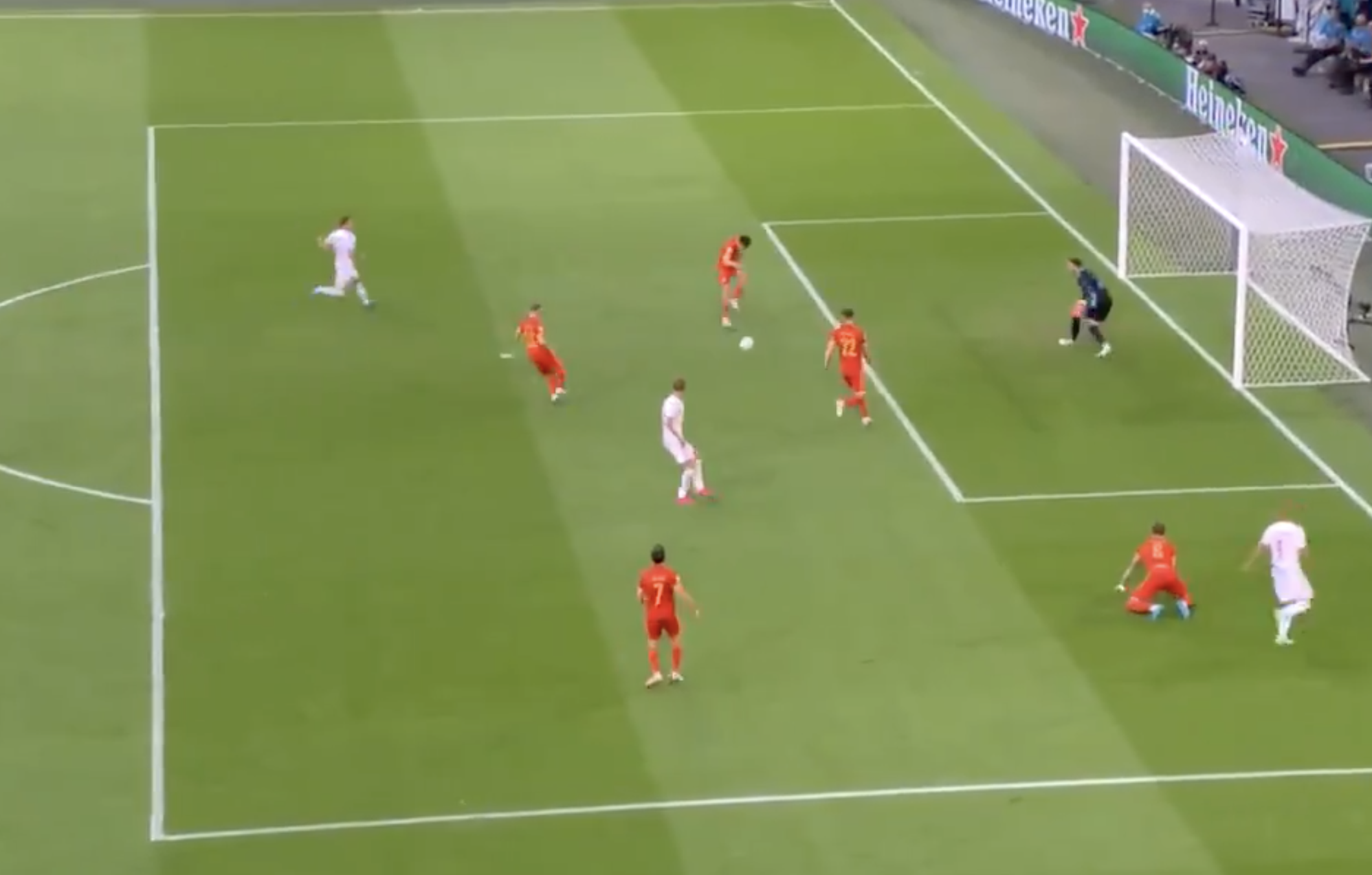 Ex-Wales captain Williams defended the youngster (Picture: BBC)Ashley Williams sympathised with Neco Williams after the Liverpool full-back gifted a goal to Denmark as Wales crashed out of Euro 2020 with a 4-0 defeat on Saturday.
In a high-octane last-16 tie in Amsterdam, Kasper Dolberg had put Denmark a goal up in the first half with a fine curling effort from Mikkel Damsgaard’s lay-off.
Early in the second half with the Dragons trailing, the ball fell to first-half substitute Williams in the box, but his clearance fell straight to Dolberg, who smashed in his and his country’s second.

The youngster came on for Roberts in the first half (Picture: Getty Images)Gareth Bale was enraged over the goal as he believed Kieffer Moore was fouled earlier in the build-up, but it wasn’t checked by VAR.
Wales never recovered and went on to lose 4-0, with Martin Braithwaite and Joakim Maehle going on to seal the win and their place in the quarter-finals.
But ex-Wales captain Williams fulled backed Williams over his costly error, insisting he is ‘gutted’ for the 20-year-old.
‘We’ve all made mistakes, I’m gutted for Neco Williams because he’s going to feel terrible tonight but is just one of those things,’ Williams told the BBC.
‘He’s tried to clear the ball and it’s obviously dropped to the man.’
More: Liverpool FC

Fellow former Wales star Hal Robson-Kanu echoed Williams’ sentiment, adding: ‘As Ash said, everyone makes mistakes, unfortunate that it’s landed to the feet of the player and it’s a goal.
‘It’s deflating for the players in that instance going out in the second half and to concede a second goal so early on it’s really hard to pick yourself up again.’