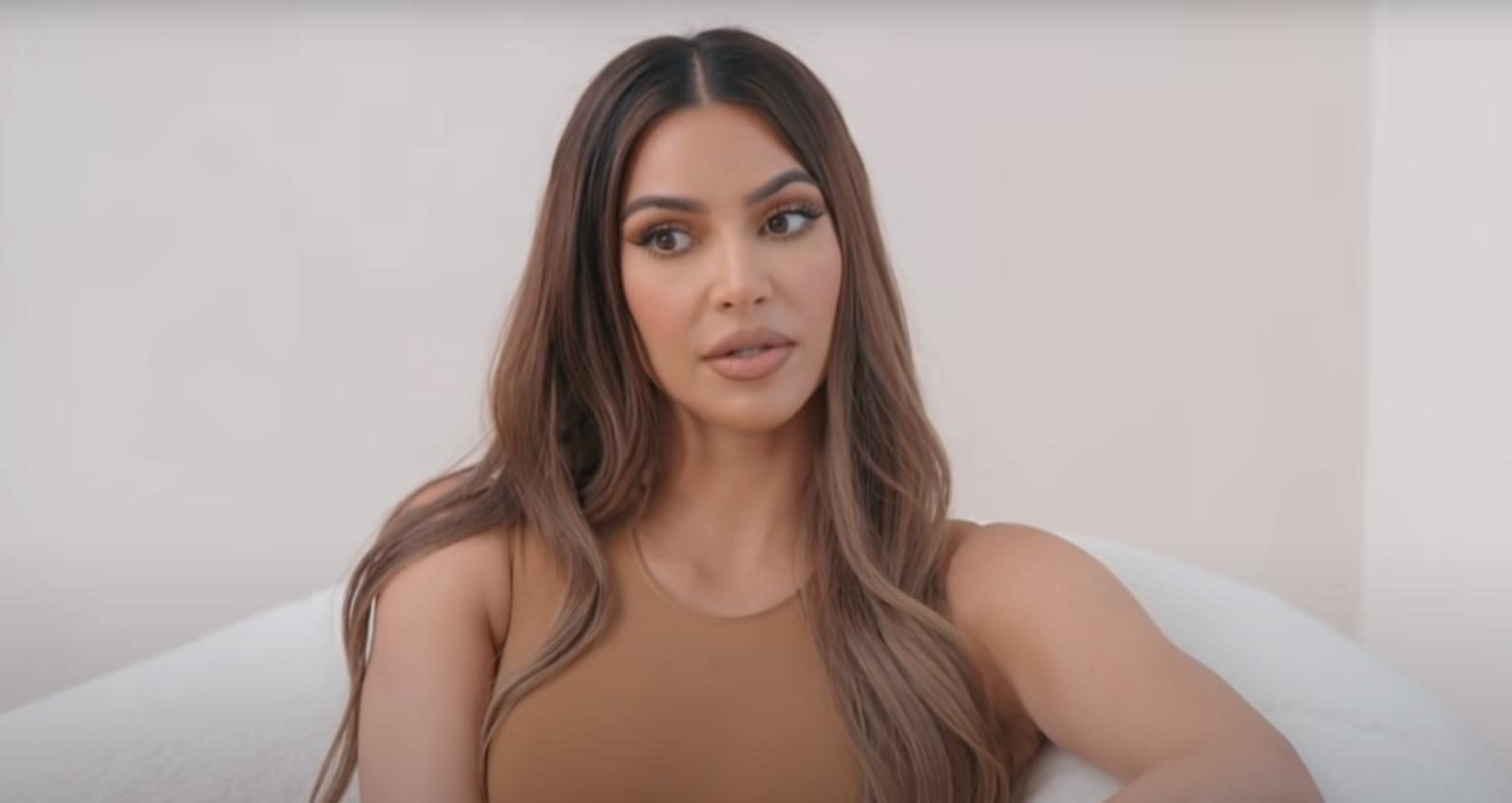 Kim Kardashian’s brand Skims has been tapped up to create the official Team USA loungewear for the Olympics (Picture: E! Entertainment / Backgrid)Kim Kardashian has ensured she is one of the big winners at the 2020 Summer Olympics in Tokyo as her shapewear brand Skims is the official has designed the official Team USA undergarments and loungewear for the athletes this year.
The Keeping Up With The Kardashian star revealed the exciting news on Twitter on Monday as she explained how the collaboration was even more special due to her connection with the event.
Recalling how she learned about the sporting event through her stepfather, retired Olympic gold medal-winning decathlete Caitlyn Jenner, the 40-year-old shared her excitement at being part of this year’s apparel team.
Kim wrote: ‘Ever since I was 10 years old, I’ve heard every single detail about the Olympics from my stepdad. As I would watch the athletes compete, I would grow to understand the dedication and honor being a part of the Olympics embodied.
‘I traveled w my stepdad and family to all different cities for the Olympic trials, the Olympics and track meets of @Caitlyn_Jenner ’s and at every stop I would buy an Olympic t-shirt as a souvenir.’
The mother-of-four continued: ‘When I received the call inviting Skims to be a part of @TeamUSA Flag of United States, every moment I’ve spent admiring the strength and energy of the Olympians from the sidelines came full circle.
‘I am honored to announce that @SKIMS is designing the official team USA undergarments, pajamas and lounge wear for the athletes this year in Tokyo and the same pieces will be available in a capsule collection.’
Caitlyn Jenner, who transitioned in 2015, shared her pride as she commented on Kimberley’s Instagram post: ‘Wow! Full circle! Amazing! So so proud. Love you. Congratulations!!!’
The shrewd business move comes months after the brand was valued at $1.6billion (£1.2bn).
Skims, which launched less than two years ago, raised $154m (£112m) in new funding which has helped to lift the overall value of the business.
More: Kim Kardashian

Social media juggernaut Kim remains the biggest shareholder in the company after the recent deal, with she and her business partner Jens Grede controlling a majority stake.
The clothing brand introduced pyjamas and loungewear to its catalogue as many women swapped outdoor clothes for tracksuit bottoms as they spent more time at home in lockdown over the last year.
Got a story?
If you’ve got a celebrity story, video or pictures get in touch with the Metro.co.uk entertainment team by emailing us celebtips@metro.co.uk, calling 020 3615 2145 or by visiting our Submit Stuff page – we’d love to hear from you.

MORE : Kim Kardashian admits she clogged the family toilet and was going to blame sister Kendall