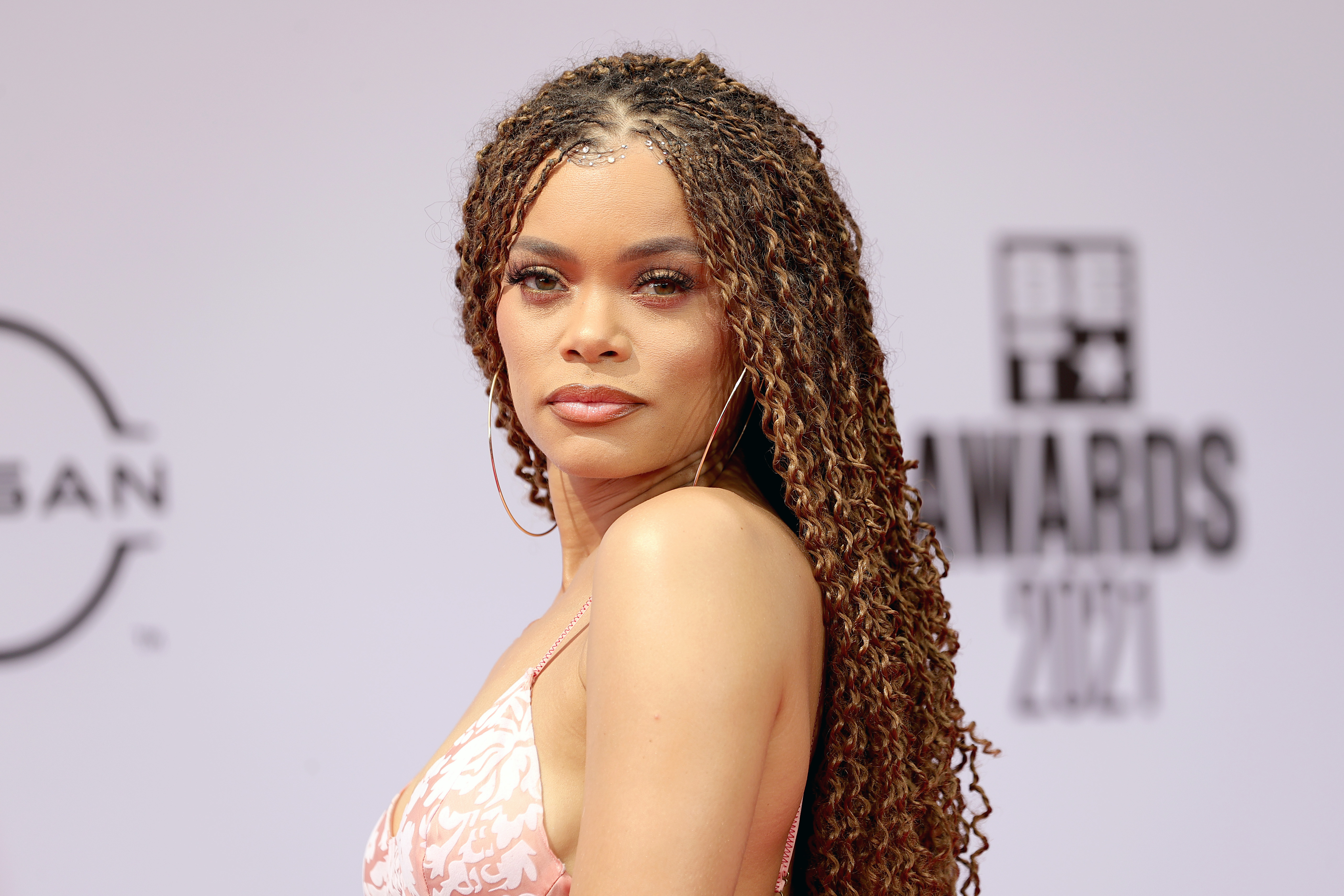 Andra Day has splashed cold water on our dreams of a Brad Pitt romance (Picture: Getty Images)Anyone dreaming of a Brad Pitt and Andra Day coupledom will be sorely disappointed as the actress has addressed the dating rumours – and it ain’t good news.
Our hearts skipped a beat earlier this year when it reported that Brad, 57, and Andra, 36, had been ‘flirting’ backstage at the Oscars in April.
Apparently it was news to Andra, who has addressed the claims for the first time.
Speaking to Entertainment Tonight before the BET Awards on Sunday, the actress said: ‘Oh my gosh, child, especially because we’ve never met. So I was like, “Oh, alright”. My sister actually hit me up after, she was like, “You met Brad Pitt?” I said, “I guess so. I guess we did”.’
She then clarified: ‘We’re not dating. We don’t even know each other. It is hilarious. It was thin air. Somebody was bored that day.’
Speaking highly of the Once Upon A Time In Hollywood actor, Andra concluded: ‘He’s great, though, super talented, wonderful.’
In May, The Mirror reported that Andra ‘had been on Brad’s radar for a while’ and that he was thrilled to allegedly have bumped into her at the star-studded Oscars.

In 2019, he was linked to Arrested Development star Alisha Shawkat after they were pictured hanging out several times, but nothing came from the rumours.
Andra rose to fame after releasing her debut album, Cheers To The Fall in 2015. From there, she went on to receive two Grammy nominations before winning a best actress Golden Globe in the biopic, The United States vs. Billie Holiday, earlier this year.
Got a story?
If you’ve got a celebrity story, video or pictures get in touch with the Metro.co.uk entertainment team by emailing us celebtips@metro.co.uk, calling 020 3615 2145 or by visiting our Submit Stuff page – we’d love to hear from you.

MORE : Jennifer Aniston says she and Brad Pitt are ‘buddies’ and we’re obsessed with this friendship