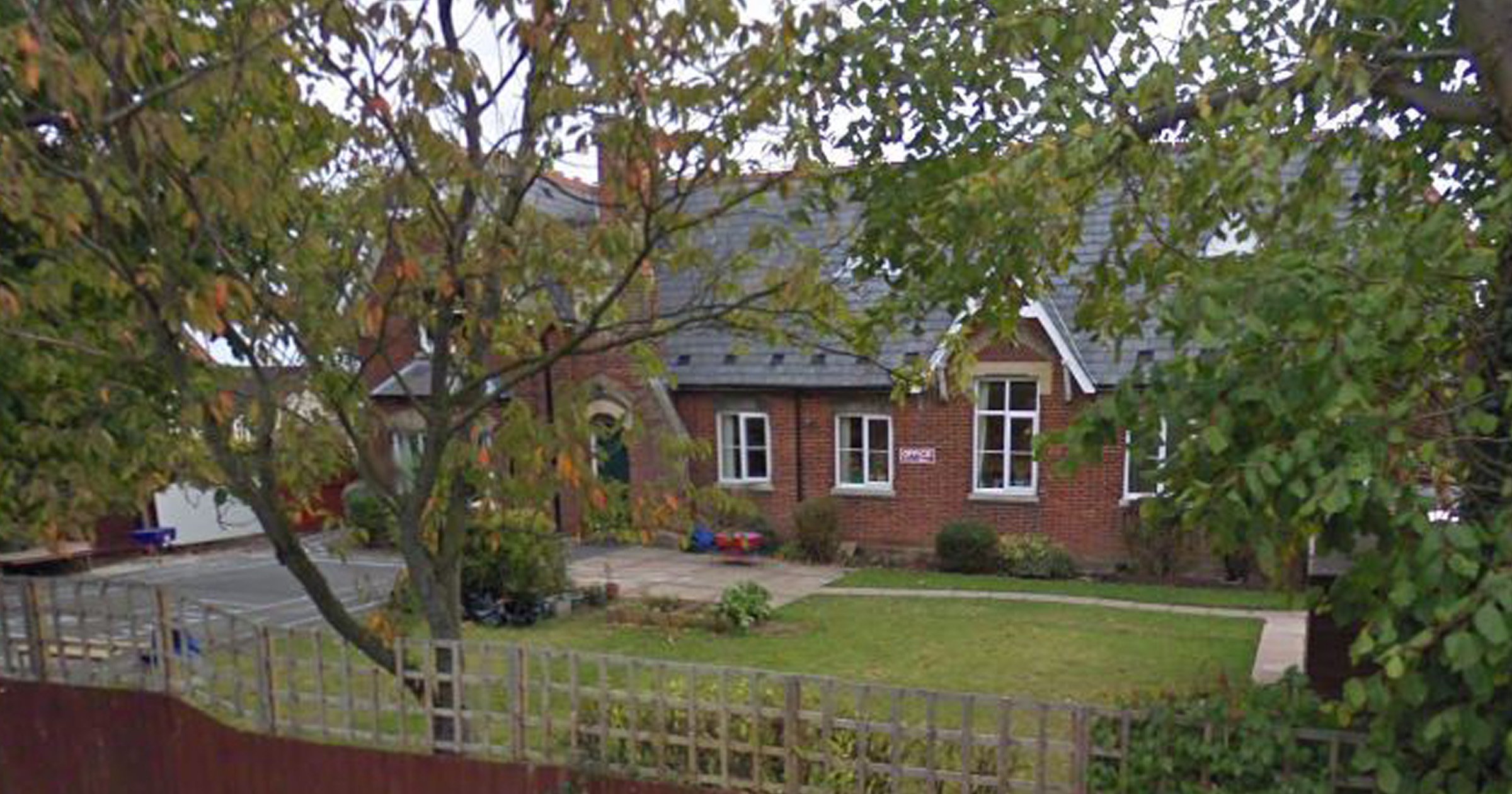 An investigation has been launched after a head teacher reportedly suffered terrible repeated attacks from a primary school pupil (Picture: Google)A primary school headteacher was ‘attacked 18 times by a pupil’ despite pleading with the local authority for help.
Police had to be called to incidents at the Wimbish School in Essex where Mandy Cooper, 47, was reportedly ‘headbutted, throttled with a scarf and threatened with a screwdriver’.
Mrs Cooper, who has 20 years of teaching experience, was left ‘semi-concussed’ by a kick to head after one incident and spent time on sick leave.
The shocking series of assaults are said to have started in 2018 and continued until last autumn when the child was finally expelled, The Times reports.
Essex County Council is under pressure to explain why they didn’t respond to ‘repeated warnings and pleas for help’ from school leaders following an investigation by the Private Eye.
Mrs Cooper, who is 5ft 2in, was even reportedly attacked in front of her husband Nick, 47, who worked part-time at the school.
Recalling the horrific incident, he told the paper that he ‘could not intervene’ as it is protocol to wait for ‘specialist staff’ who are ‘taught specific grips and techniques that ensure no harm comes to a pupil’.

Concerns raised by the head teacher with local authority were allegedly ‘ignored’ (Picture: Google)Mark said he was left feeling ‘powerless’ and his ‘inconsolable’ wife had been left with psychological scars.
He added: ‘That night she had nightmares. Now when we drive past the school she starts crying.’
Conservative-controlled Essex County Council has launched an investigation and is under pressure to explain why a child with complex needs was not placed in a more suitable environment.
The council is alleged to have ‘ignored’ warnings from the school and reportedly ‘dismissed the school’s governing body and appointed an interim board’ following complaints.
More: UK

Ofsted was critical about the area’s handling of children with complex needs in a 2019 report, saying there are ‘significant areas of weakness in the local area’s practice’ in identifying issues.
The report said reforms set out in 2014 had not been implemented quickly enough and any improvements had ‘not yet made the required difference to parents, carers and their children’.
Essex county council said: ‘We … will support the return of the head teacher as appropriate. We believe that the article [in Private Eye] is misleading and inaccurate.’
Get in touch with our news team by emailing us at webnews@metro.co.uk.
For more stories like this, check our news page.