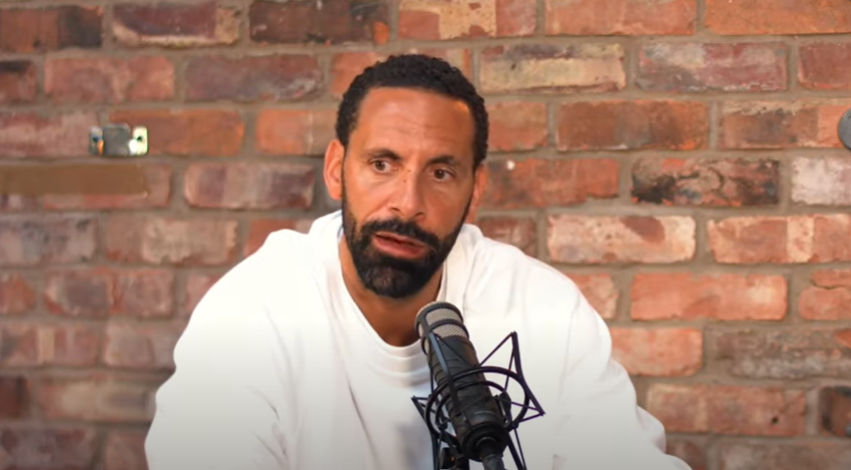 Rio Ferdinand has heaped praise on former Manchester United winger Luis Nani (Picture: YouTube)Rio Ferdinand has hailed Luis Nani as a ‘proper player’ and says the former Manchester United winger ‘blew his mind’ in training.
In an eight-year spell at Old Trafford, Nani played 230 games and helped the Red Devils win four Premier League titles and the Champions League.
Ferdinand says the Portugal hero, who won the Euros in 2016, would regularly dazzle his Manchester United teammates in training and was close to reaching an elite group of players.
Speaking on the FIVE YouTube channel, Ferdinand said: ‘Nani was a ridiculous player. If Manchester United had Nani now… what they would give to have him.
‘He was frustrating but we talk about him in our WhatsApp group, he was a bad player! A proper player.
‘The inconsistency was with his end product. He would do things in training that would blow your mind. Shift it, bang, left or right foot, top corner, the hardest shot you’ve ever seen.
‘He might do that two out of five times in training but you don’t get as many chances in a game and it was a little bit wild at times with him in matches.

Nani enjoyed individual and collective success at Old Trafford (Picture: Getty)‘The only criticism with Nani is if he could’ve slowed down in those moments, just as he was going to shoot, if he could have slowed down like Cristiano Ronaldo, Lionel Messi, the top players, he would have been a different category man.’
Nani enjoyed the best period of his career at Old Trafford and said last year he became ‘allergic to defeat’ after living with former teammate Ronaldo.
He told The Players’ Tribune: ‘At the start I was supposed to move into a hotel, but Jorge Mendes asked me, “Would you mind staying with Cristiano?” Jorge was his agent, too, and Cristiano was living alone.
More: Manchester United FC

‘What a time it was. We were all young lads who spoke the same language, and we had so much fun. Cristiano had a swimming pool, a Ping-Pong table, a tennis court – and every day we would compete at something.
‘One time we had a quiz with Carlos Queiroz, Sir Alex’s assistant. I gave my answer and Cristiano gave his, and I knew mine was right. That’s what it was like with Cristiano. He could never accept losing. Never!
‘But we loved that about him, and we learned a lot from him. By the time Anderson and I left that house, we had become allergic to defeat, too!’
For more stories like this, check our sport page
Follow Metro Sport across our social channels, on Facebook, Twitter and Instagram