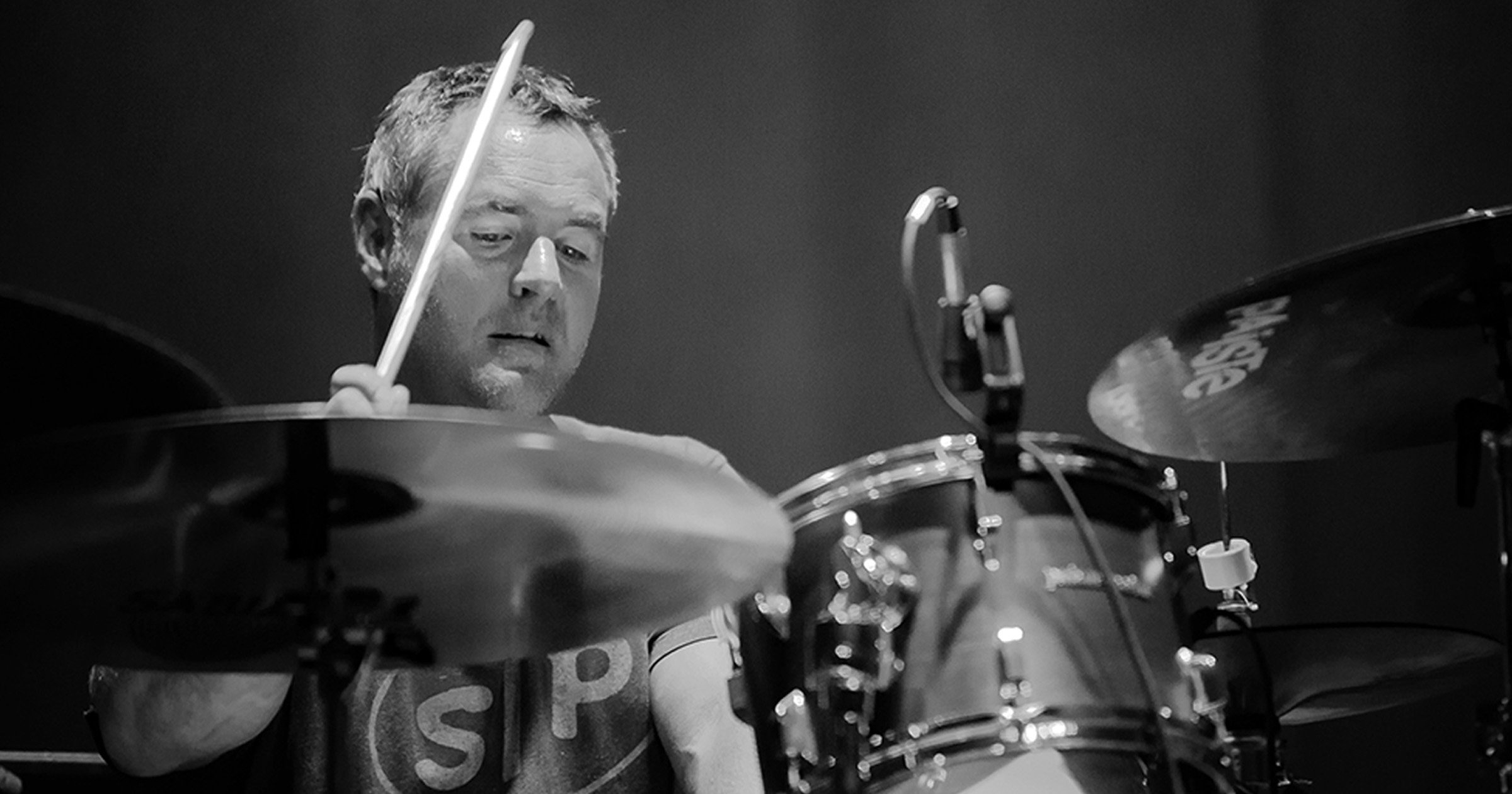 Fans have paid tribute to drummer Bryan St Pere (Picture: Instagram @humbandofficial)Hum have confirmed drummer Bryan St Pere has died aged 52.
The percussionist’s death was announced Thursday, with fellow Hum members Jeff Deimpsy, Matt Talbott and Tim Lash sharing their heartbreak.
While his cause of death hasn’t been publicly confirmed, Hum’s statement said St Pere died ‘suddenly’.
A statement from the group read: ‘It is with very heavy hearts and tear filled eyes that we share the news that our beloved friend and bandmate, Bryan St. Pere, has passed away.
‘We are devastated and deeply saddened by his sudden, and unexpected passing. Bryan was a dear friend, a loving father, brother, and was an incredible person and musician.
‘We all feel extremely lucky to have shared time and space with him.’

The statement went on: ‘Peace and love to all who knew Bryan, and those he touched. We will miss him dearly.’
St Pere joined the Illinois group in 1990, following the departure of original drummer Jeff Kropp a year after the band formed.
He played on all five of the band’s albums, their most well-known being 1995’s Stars.
St Pere didn’t join the group’s 2015 reunion tour, however he came back to perform on their 2020 album Inlet, which marked Hum’s first album in 20 years.

The group formed in Chicago in 1989 (Picture: Hum/Twitter)In what may be one of the best origin stories of all time, it’s reported St Pere was recruited to Hum after the rest of the band heard him playing the drum bits in Rush songs as they passed his window.
Speaking about his love of the drums from an early age, St Pere told The Trap Set podcast his inspiration for getting behind the kit came from Rush’s Neil Peart.
He said: ‘It’s like the only band I listened to for two years, maybe three years. Like, eighth grade, sophomore year of high school, it was all Rush.’
Fans paid tribute to St Pere on social media, as photographer and musician PJ Sykes wrote on Twitter: ‘HUM is one of those bands that I think all my musician friends love. Their records are often a reference when it’s time to record guitars, but the real secret sauce is that DRUM sound. Rest in Power Bryan St. Pere.’
More: US Showbiz news

Another wrote: ‘Heartbreaking. My favorite drummer of all time. Much love to hum and Bryan st pere’s family. RIP thank you for all the influential fills and more.’
Musing on the drummer’s influence, one devastated fan wrote: ‘This one hurts a lot. RIP Bryan St.Pere. I don’t think I ever truly appreciated drumming until I started listening to Hum. He could do so much with so little. Thanks for everything.’