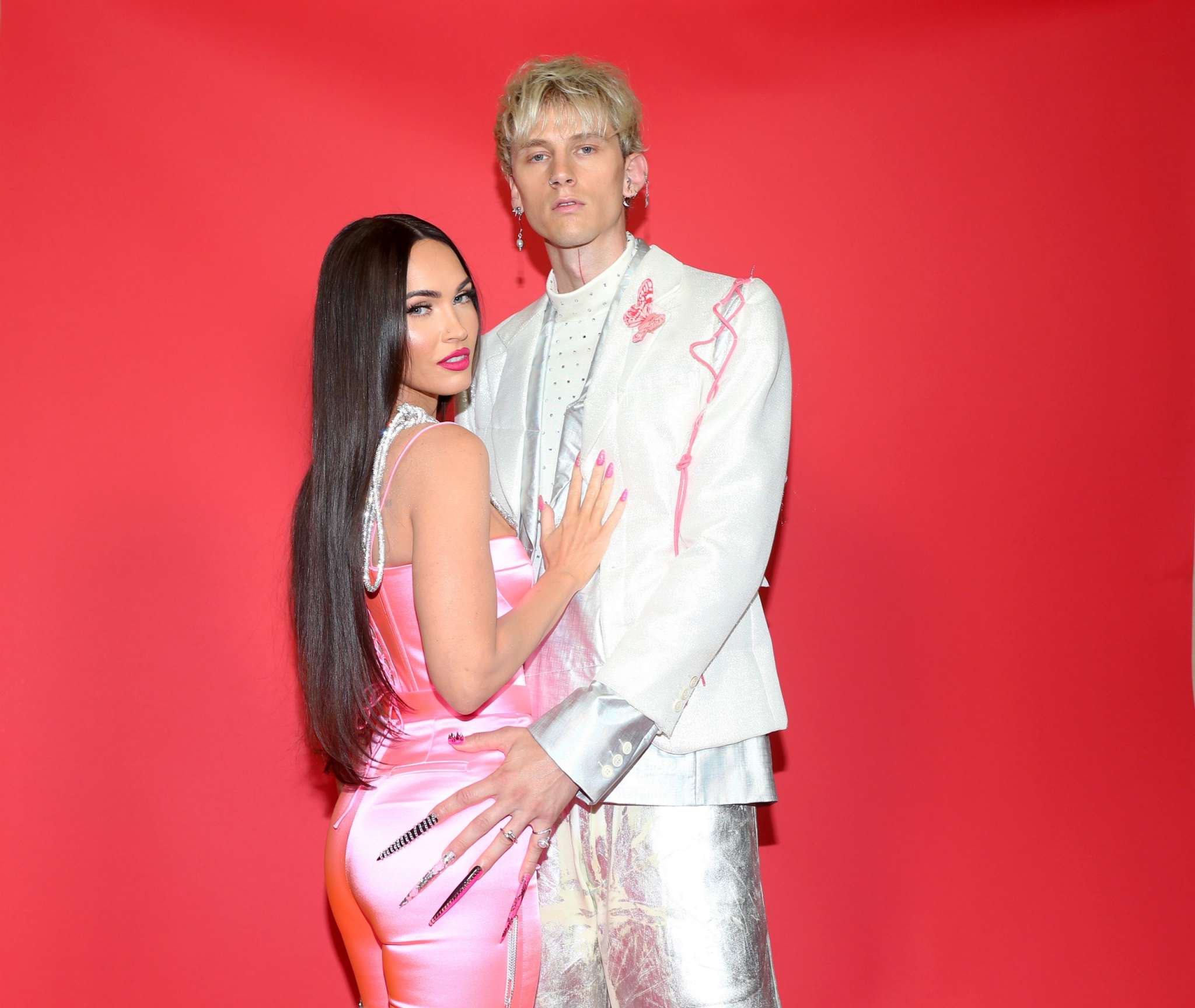 The actress and the singer are crazy for one another and have been inseparable ever since they started dating! With that being said, is it any surprise that Megan Fox has a full list of both adorable and delicious nicknames for her beau, Machine Gun Kelly? During a new interview with Fox 5 New York, Megan made it clear that she doesn’t have any classic nicknames for MGK, but that’s fine because the ones she does call him are pretty great! RELATED: Machine Gun Kelly – Here’s How He Feels About Megan Fox’s New Drama With Ex-Husband Brian Austin Green Over Posting Pic Of Their Son ‘I call him ‘cookie,’ I call him ‘buddha,’ I call him ‘booby.’ There’s lots of names,’ Megan revealed during the interview. These cute nicknames are not a huge surprise for fans who wholeheartedly support their relationship! After all, Megan and MGK have not been shy in the slightest when it comes to showing off their love and packing the PDA, so it’s expected they would have some unique pet names for one another! RELATED: Sharna Burgess Has Reportedly Helped BF Brian Austin Green And Ex-Wife Megan Fox ‘Improve’ Their Relationship – Details! As compared to the fact that MGK wears a vial of Megan’s blood around his neck, this is nothing! Thats right! The singer revealed this in his Valentine’s Day tribute to her, declaring his undying love for the Jennifer’s Body actress. Speaking of Megan, she previously opened up about how instant their hot romance was. A year ago, while on the Give Them Lala…With Randall podcast, Megan gushed that ‘The second I was in a room with [MGK] and said hello and looked into his eyes, I knew right away he was what I call a twin flame. We’re actually 2 halves of the same soul, I think. I said that to him almost immediately. I felt it right away.’ And that was not the only time she said something romantic about her boyfriend. In November, she told Nylon magazine that ‘Loving him is like being in love with a tsunami or with a forest fire. The intensity of merging with him is so overwhelming, and the threat that it poses is so powerful but so beautiful that you just have no choice but to surrender with reverence and gratitude.’