Wimbledon ball kid stretchered off court after slipping on grass 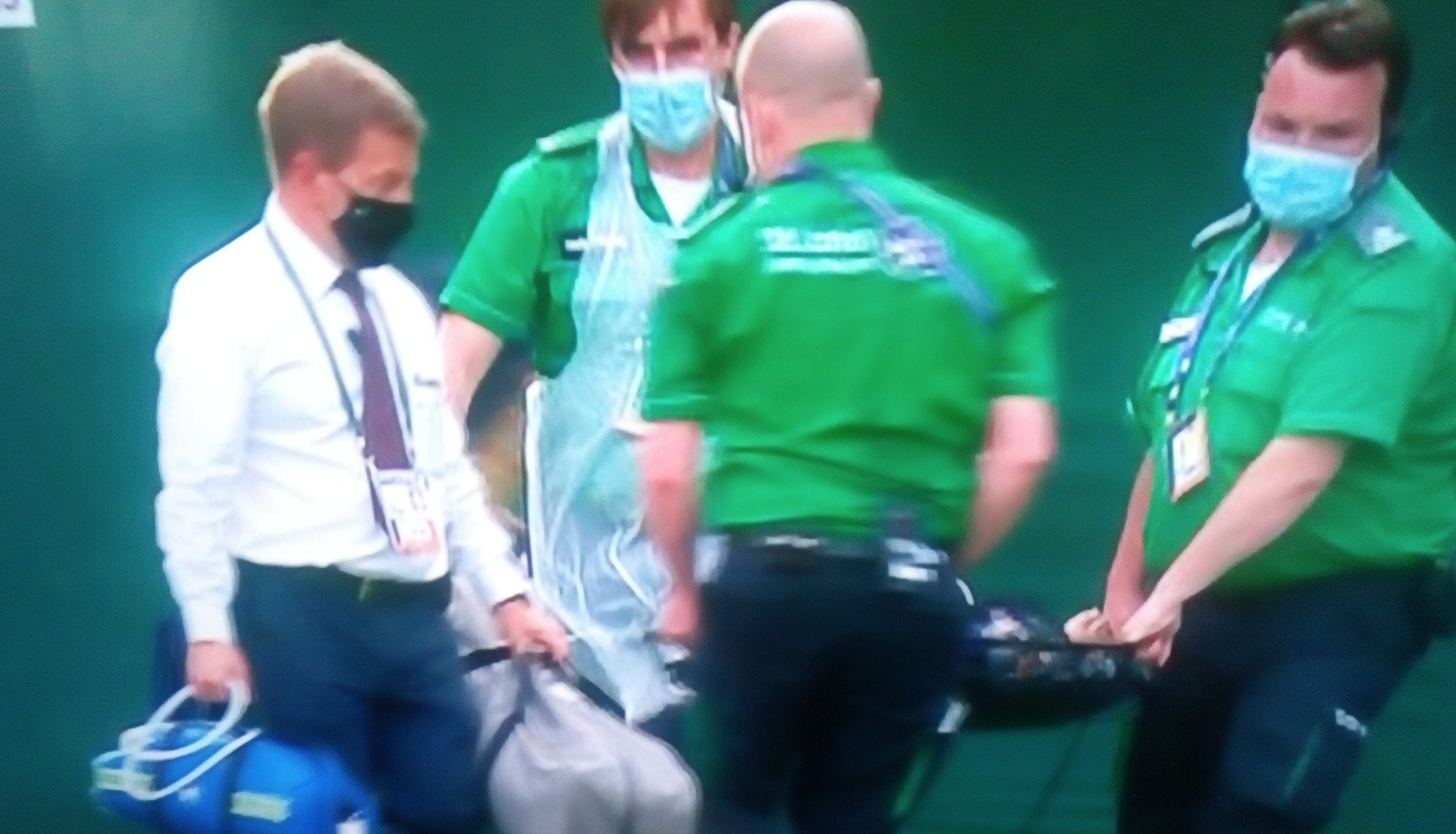 A ball kid fell on Court 4 (Picture: BBC)A Wimbledon ball kid required medical treatment on Friday afternoon after slipping over on the grass.
Out on Court 4, British doubles player Sam Murray Sharan and her Indian husband Divij Sharan saw their match against Uruguayan-Kazak duo Ariel Behar and Galina Voskobeova halted midway throuh the second set.
At 3-3, 15-15 the ball kid went down in pain and was left screaming on the grass, holding their leg.
St John’s Ambulance crew were quickly on the scene and she was eventually stretchered off.
The slippy nature of the courts has been a hot topic during this tournament.

The ball kid was carried off on a stretcher (Picture: BBC)Serena Williams saw her Wimbledon hopes ended in round one after slipping on the grass, while Roger Federer’s opponent Adrian Mannarino suffered the same fate.
There have been painful falls for Novak Djokovic, Nick Kyrgios and Andy Murray during The Championships.
Head Wimbledon groundsman Neil Stubley is in no doubt that the courts are not dangerous.
More: Tennis

‘Absolutely,’ he told the BBC when asked if they were safe to play on. ‘It’s just that because it’s a natural surface, there is always that risk of slipping on grass at the best of times.
‘I think because we are not getting that wicking effect from the air movement from the wind for the first few days, it’s just taking a little bit longer for that process to happen.’
For more stories like this, check our sport page
Follow Metro Sport across our social channels, on Facebook, Twitter and Instagram