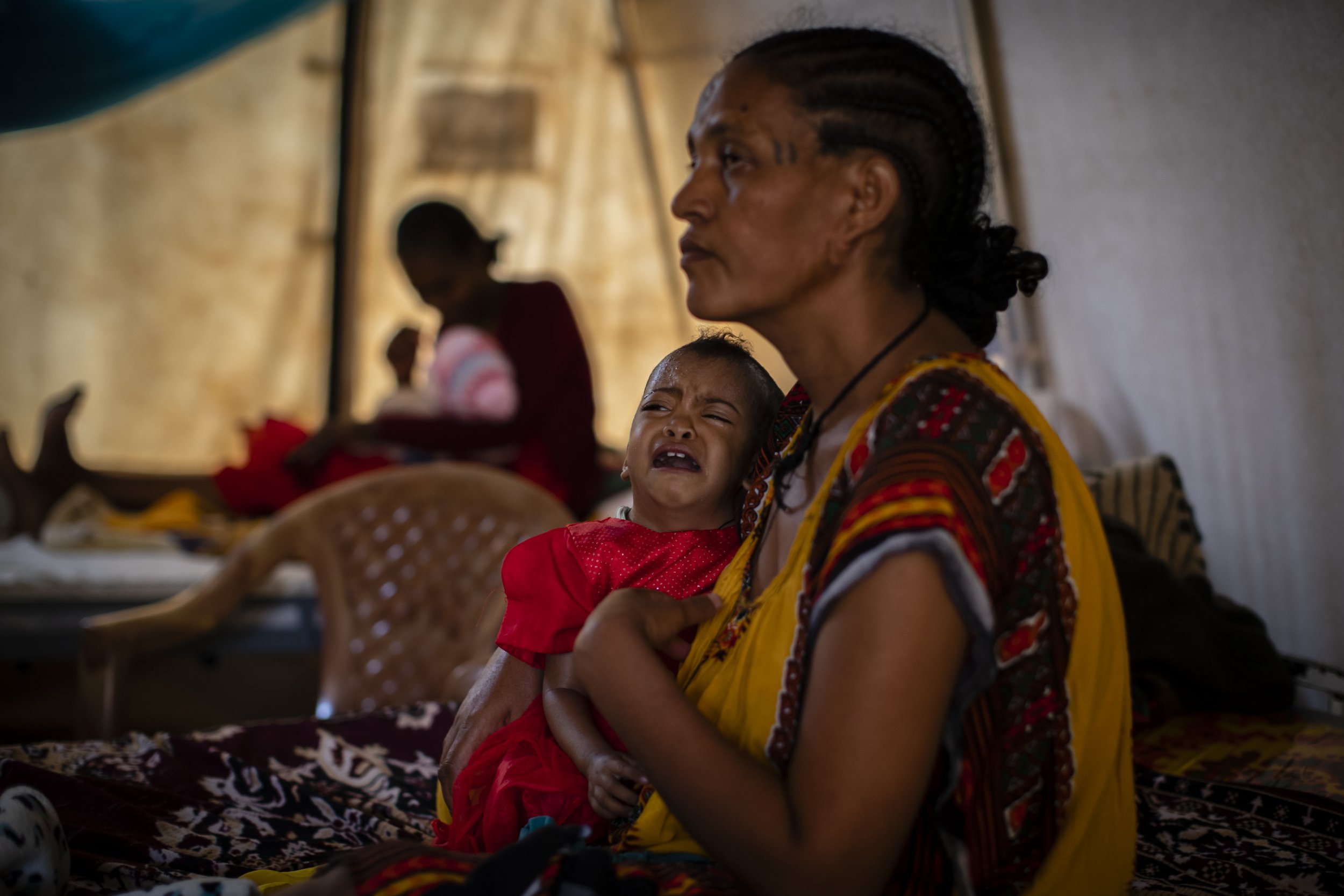 More than 2million people have been displaced in the most recent bout of fighting (Picture: AP)Hundreds of thousands of people in Ethiopia are facing famine, caused by the civil war between the government and rebel forces.
The latest bout of fighting in the northeast African country has been raging since November – when the army was sent into the autonomous region of Tigray in response to attacks on military bases.
There are multiple reasons for the conflict, but in short, the Tigray People’s Liberation Front (TPLF) – a once-powerful political party which has lost influence – believes president Abiy Ahmed is trying to increase the government’s power.
Tensions have continued to mount, especially during national elections towards the end of last month, and both sides have been accused of human rights violations.
Now the UN’s acting humanitarian aid chief, Ramesh Rajasingham, has told the first public meeting on the crisis that 400,000 are living in famine because of the fighting and displacement.
He told the UN Security Council yesterday: ‘More than 400,000 people are estimated to have crossed the threshold into famine and another 1.8million people are on the brink of famine.
‘Some are suggesting that the numbers are even higher. 33,000 children are severely malnourished.’

The Ethiopian government has been accused of blocking aid to its civilians (Picture: AP)

People gathered in Trafalgar Square in April to protest against the Ethiopian government’s policies towards Tigray (Picture: AP)The Ethiopian government declared a ceasefire on Monday but the TPLF dismissed this as a joke and swore to drive their ‘enemies’ from the country’s most northern region.
However, the displacement and suffering caused to citizens has prompted an intensified pressure from the international community to stop the fighting.
US ambassador to the UN, Linda Thomas-Greenfield, urged the Ethiopian government to show ‘it truly intends to use the ceasefire to address the humanitarian catastrophe’.
She also warned the administration, which has been accused of blocking aid to certain parts of the country, that denying aid to people is ‘not an indication of a humanitarian ceasefire, but of a siege’.
Speaking about the government, its allied Eritrean soldiers and Amhara regional forces and the TPFL, Ms Thomas-Greenfield said: ‘If the parties to the conflict failed to seize this moment, the consequences for the people of Ethiopia will be devastating.
‘More fighting, more famine, more abuses, more suffering by ordinary Ethiopians and a far more destabilized Horn of Africa’.
Get in touch with our news team by emailing us at webnews@metro.co.uk.
For more stories like this, check our news page.