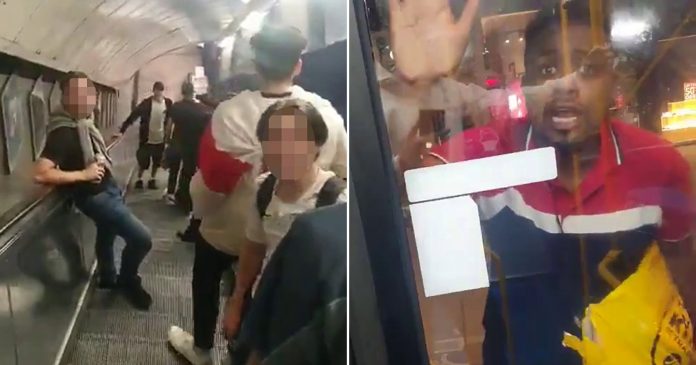 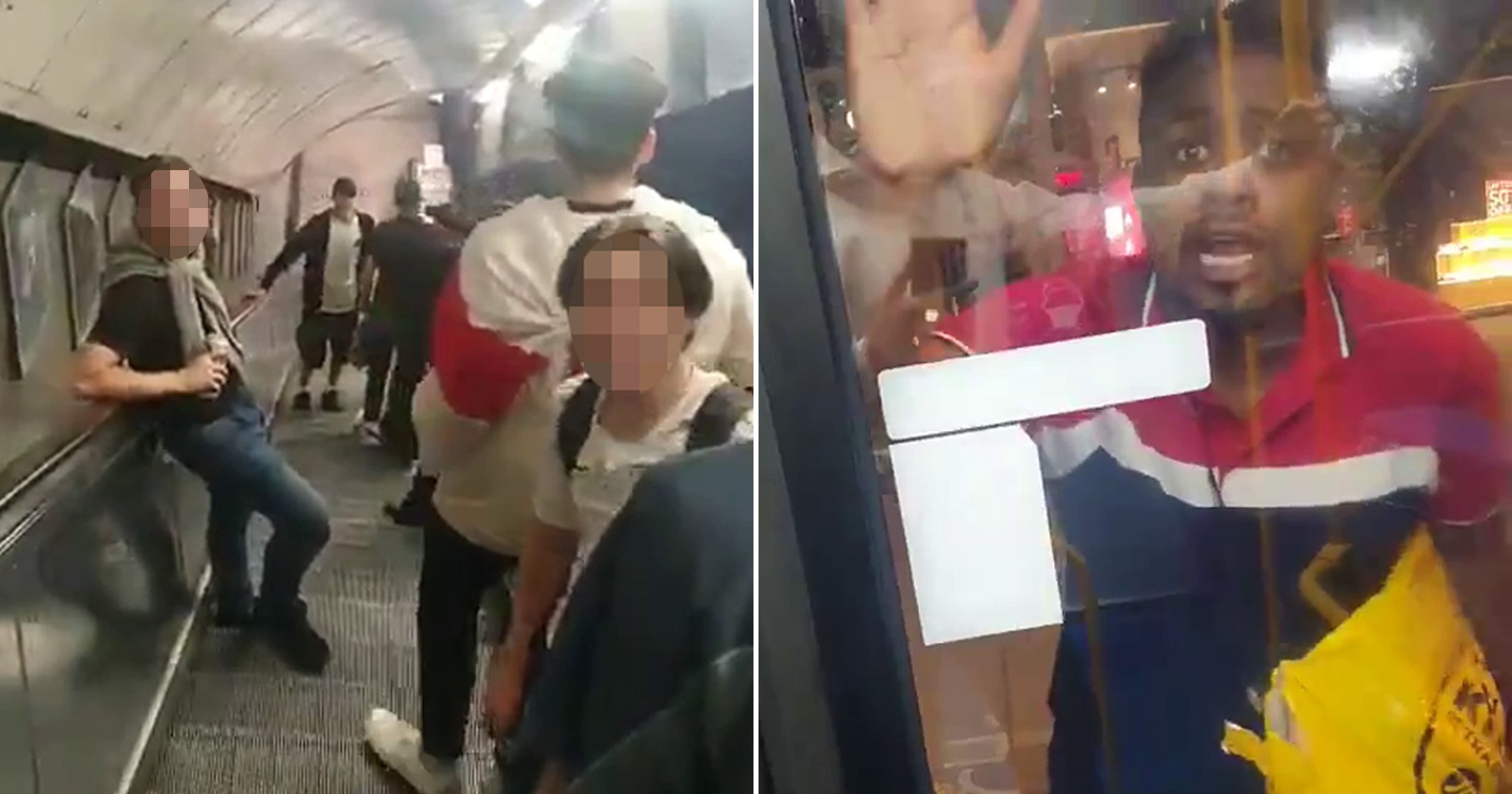 A Jewish man (not pictured) was targeted with horrific anti-Semitic abuse twice in the space of an hour in London (Picture: Twitter)Two investigations are underway after a Jewish man suffered vile anti-Semitic abuse twice in one hour in London.
A thug ‘threatened to slit his throat for Palestine and shank him’ on the number 113 bus heading towards Oxford Street at around 11.30pm on Saturday night.
An audio recording appears to expose the attacker calling the victim a ‘f***ing scumbag’, warning he will ‘f***ing beat the s***’ out of him’.
Other footage sees a man tell the bus driver: ‘He’s f***ing Jewish’.
He then aggressively bangs on the door of the vehicle while shouting ‘s**k your mum’ and ‘free Palestine’.
An hour prior, another man shouted ‘f***ing hate the Jews’ at the victim as he went down an escalator on the London Underground.
The aggressor is told to ‘shut the f*** up’ – but replies saying ‘we’ve got a Jew behind us’.
Another individual responds saying ‘there’s about nine Jews’, before the words ‘f***ing hate the Jews’ are chanted again.
Family members of the group of football fans have said teenage boys wearing England flags on the tube were not in any way associated with the man.
It comes after figures showed a ‘horrific surge’ in anti-Semitic attacks – said to be linked to the recent violence between Israel and Palestine in the Gaza strip.

One man banged on the door of the bus shouting ‘free Palestine’ (Picture: Twitter)

One man shouted ‘f***ing hate the Jews’ at the victim (Picture: Twitter)There were 351 anti-Semitic incidents between May 8 and 31, according to the Community Security Trust (CST).
This surpasses the highest total for any single month since records began.
The British Transport Police are probing both incidents. No arrests have been made.
The Metropolitan Police said the victim was subject to a ‘torrent of anti-Semitic abuse’ on the bus.
In a statement published on Sunday, the force said: ‘A man was reported to have made anti-Semitic comments and threats towards another passenger on a route 113 bus near Oxford Circus.
More: London

See also  Everything We Know About The Anime So Far!

‘Officers are aware of a video posted on social media following the incident and will be meeting the victim to gather further information about this incident.’
A BTP spokesperson said: ‘We’re aware of a video posted online of a group displaying anti-Semitic behaviour on a London Underground escalator. We take such incidents extremely seriously and are investigating.
‘We believe everyone has the right to travel on the rail and underground without fear or intimidation.’
Get in touch with our news team by emailing us at webnews@metro.co.uk.
For more stories like this, check our news page.