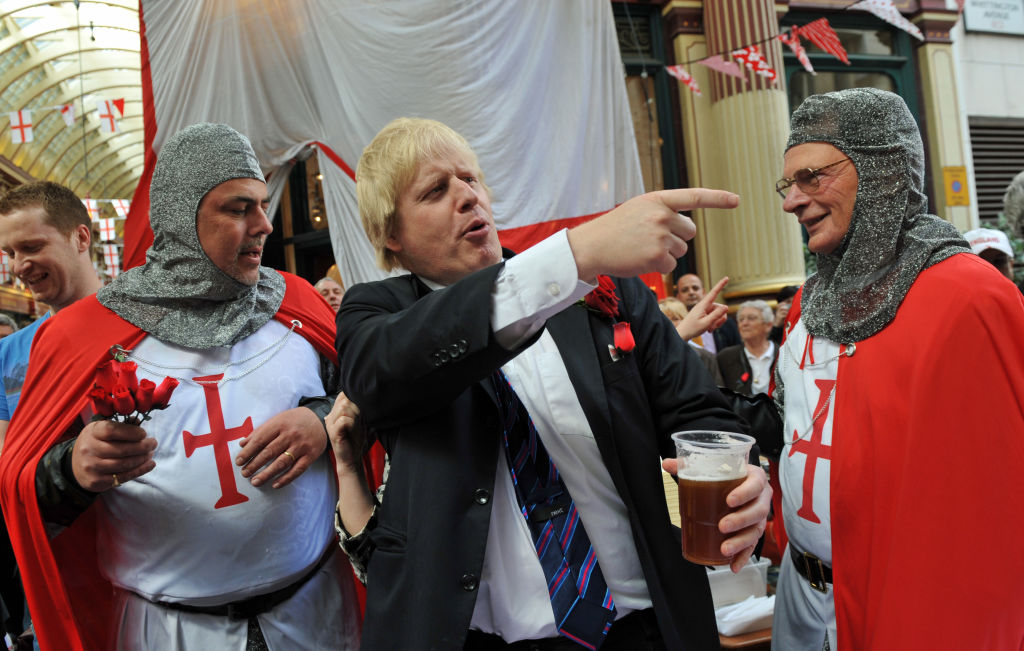 Ben Fogle is proud to celebrate his Englishness (Picture: Ken McKay/ITV/REX)Ben Fogle has said he wants to ‘reclaim’ the ‘patriotic’ celebration of England, believing it’s nowadays mistaken for ‘xenophobia and racism’.
The star is campaigning his followers to celebrate St George’s Day, which falls on April 23, declaring himself ‘English’ in an effort to encourage others not to be ‘squeamish’ about looking at the day with pride and not as a slight to other countries.
Speaking about the push for England to celebrate the day – which honours St George, the patron saint of England – he noted Scotland proudly celebrates St Andrew’s Day, while Wales has St David’s and Ireland observes St Patrick’s Day.
According to the adventurer, though, the day has been ‘hijacked’.
He told Express: ‘English patriotism is also often mistaken for xenophobia, racism or intolerance, and that is very sad – we need to reclaim it from the racists and the xenophobics.’
The presenter said: ‘I feel a great pride in my Englishness, not in a jingoistic, BNP, xenophobic pride, but a pride in the experience of living in England for 47 years.’

The former Mayor of London celebrating St George’s Day… (Picture: Colin Davey/Getty Images)Ben – who had a Scottish grandfather with Eastern European heritage and Canadian father – believes that many may find issue with the idea that to show patriotism may be ‘seen as a slight against the wider union’ or that you’re ‘celebrating the Empire’.
He said: ‘We are living in a time when to celebrate national identity is interpreted as dislike or even blind hatred of multiculturalism and internationalism.’
St George’s Day, also known as the Feast of Saint George, falls in April and is celebrated not only in the UK, but in other countries such as Greece, Portugal and Russia.
To mark the occasion, there’s a day full of celebrations commemorating the legends around St George – on the anniversary of his death.
According to legend, St George – who many believe to have been born in either modern-day Turkey or Syria – was a soldier in the Roman army who killed a dragon and saved a princess.
More: Ben Fogle

It’s thought St George killed the beast on the flat-topped Dragon Hill in Uffington, Berkshire, where it is said that no grass now grows where the dragon’s blood trickled down.
St George was also persecuted by the Roman army and eventually executed for refusing to give up his Christian faith.

MORE : Nicky Campbell’s wife feared he would take his own life during breakdown at train station before bipolar diagnosis

Facebook
Twitter
Pinterest
WhatsApp
Previous articleNetflix is making a live-action Gundam movie with the director of Kong: Skull Island!
Next articleJimmy Butler vexed over question on Miami’s standing in East