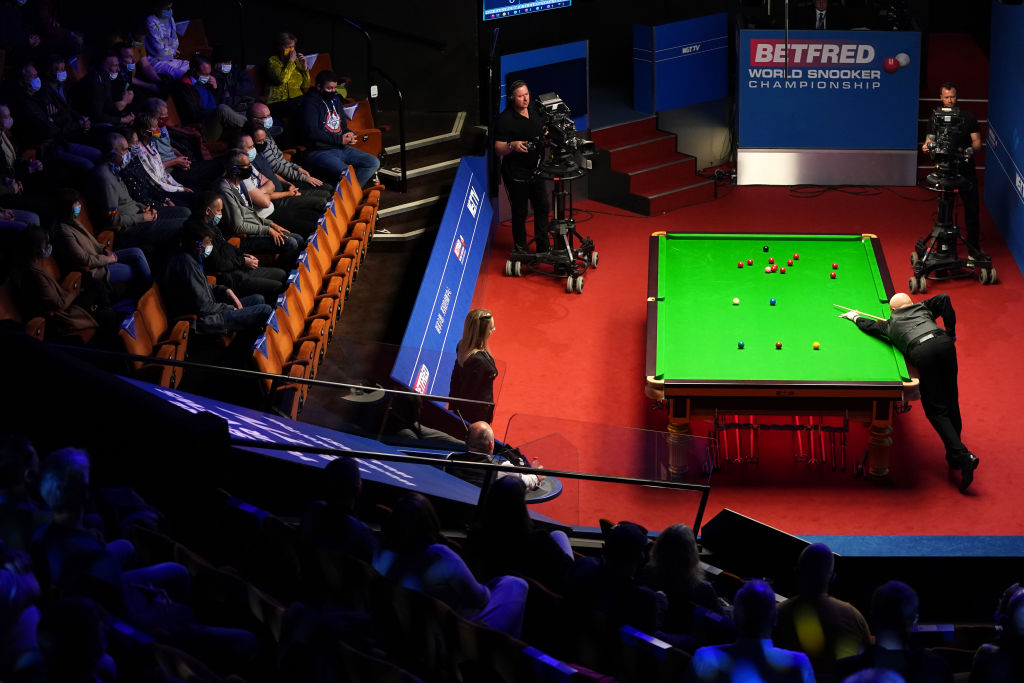 Stuart Bingham is into a World Championship semi-final for just the second time (Picture: Getty Images)Stuart Bingham got over the line in a deciding frame classic against Anthony McGill in the World Snooker Championship quarter-final, edging out the Scot 13-12 in an epic encounter.
It looked a long way back for Ballrun as he came into the session 10-7 behind, with McGill looking absolutely fantastic last night to take that lead.
The Scot was favourite coming into Wednesday’s afternoon session but Bingham turned the game on his head thanks to a string of big breaks, winning the first four of the day with efforts of 75, 51, 90 and 91 as McGill scored just 37 points in that time.
The Englishman took the next and things looked dire for McGill as Bingham was in the balls in the 23rd, but he broke down and the Glaswegian pounced to stay alive.
McGill is not short of battling qualities and fought his way through a lengthy 24th frame to take the contest into a deciding frame, where the Scot can count himself unlucky.
It was McGill who had the first chance but was unlucky when going into the pack and landing on nothing, Bingham was able to get back in and made an immensely impressive break of 125 to win the match and progress in sensational style.
More: Snooker

Waiting for him in the final four will be Mark Selby, who hammered Mark Williams 13-3 earlier in the day, setting up a clash between two former champions in Sheffield.
Bingham lifted the trophy in 2015, but this is the first time he has been past the second round since then, having suffered a string of early exits.
McGill had put himself into a fine position on Tuesday evening after winning six out of the final seven frames of the day, knocking in breaks of 130, 126 and 106 in the process.
He couldn’t replicate that immense form, though, and while he battled away to keep the match close, it was Bingham who got over the line.

Anthony McGill just fell short against Stuart Bingham (Picture: Getty Images)On the other half of the draw, Kyren Wilson is the first man into the semi-finals after beating Neil Robertson 13-8 earlier on Wednesday, winning the final five frames of the contest.
The Warrior will face either Shaun Murphy or Judd Trump, with Murphy looking favourite to progress to the semis with one session left of their contest.
The pair went into Wednesday afternoon level at 4-4, but the Magician was the one to put his foot down and came away from it with a 10-6 lead and looking in a commanding position.

MORE : Mark Selby explains ‘feeling of elation’ as he survives at the Crucible while others fall

MORE : Neil Robertson admits he is no fan of the Crucible after Kyren Wilson defeat at World Snooker Championship