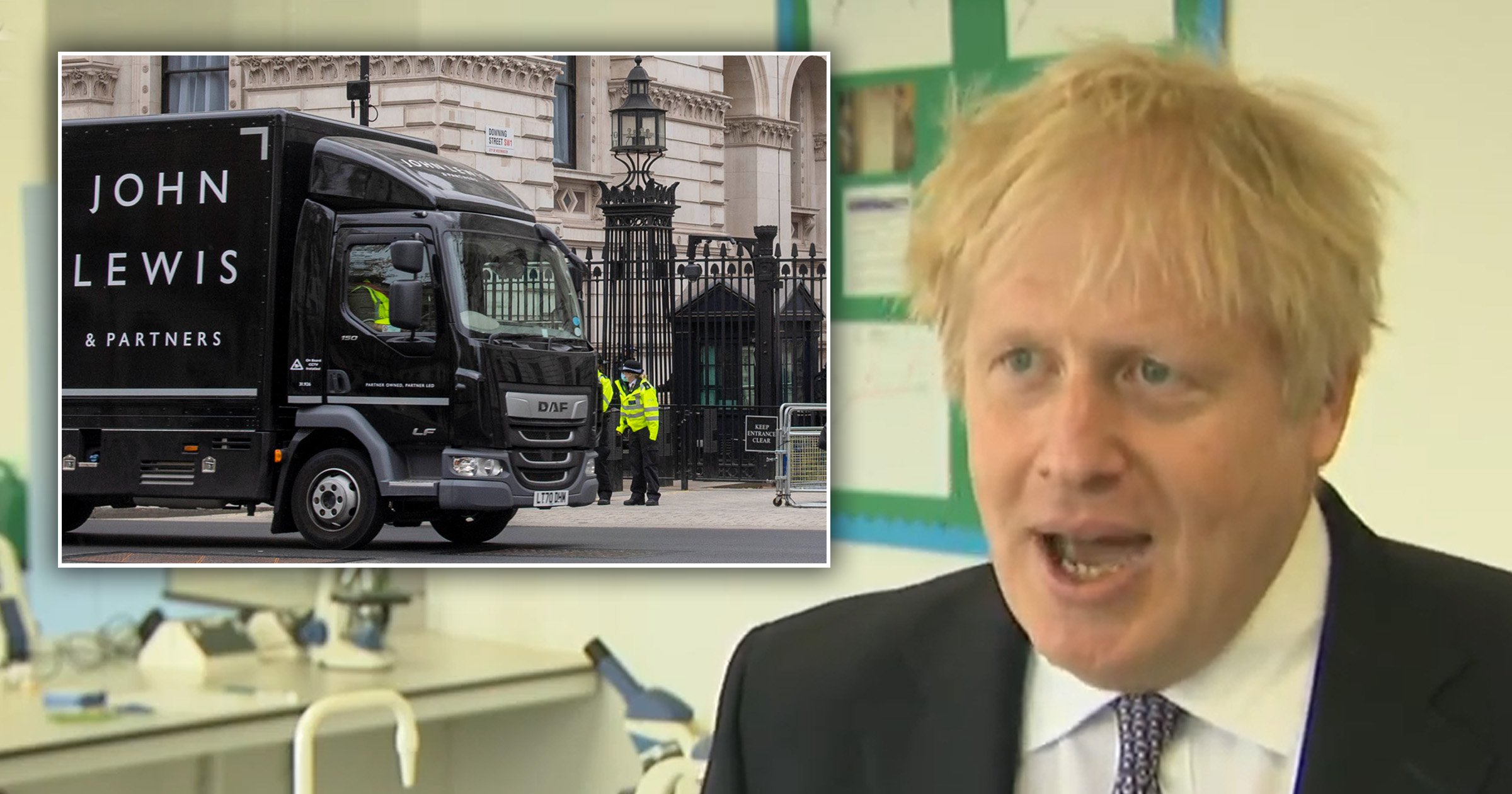 Boris Johnson was questioned about the ongoing saga around his Downing Street renovations (Picture: WPA Pool/Getty)Boris Johnson has insisted he loves John Lewis following reports that he and Carrie Symonds might have been too good for the department store.
The couple reportedly decided to redecorate their flat in 11 Downing Street after inheriting a ‘John Lewis furniture nightmare’ from Theresa May.
When questioned about the so-called ‘cash for curtains’ saga today, the Prime Minister did not explain how the makeover was funded, but he was eager to put one allegation to rest.
‘If there is one thing I object to in this whole farrago [we have no idea] of nonsense is that if anything, I love John Lewis,’ he told Sky News.
The PM is facing a formal investigation by the Electoral Commission who said it had ‘reasonable grounds’ to suspect an offence may have occurred.
Mr Johnson has maintained he has not broken any laws with the renovations, while No 10 said he would be ‘happy’ to assist the commission with its inquiries.
However, a Government source told the Times that Downing Street is concerned ‘there could be a paper trail’ at the Conservative Campaign Headquarters (CCHQ).
Sir Keir Starmer, on an election campaign visit to Manchester, said the situation is getting ‘a bit farcical’.

‘I think the Prime Minister could actually deal with this very, very quickly,’ the Labour leader said.
‘All he’s got to do is answer a very simple question; which is who paid, initially, for the redecoration of your flat?
‘Now, I’m thinking of people watching this, I think most people would say, ‘If I had my flat redecorated, I’d be able to answer that question’.
‘So, the Prime Minister could actually end this now, tell us who paid for it in the first place, answer the question, it would take him about one minute and then he can get back on with the day job.

Time for an interiors refresh? ðâ¨We pride our Home Design Service on having something for *almost* everyone ð https://t.co/hbWsjU4sm1— John Lewis & Partners (@JohnLewisRetail) April 28, 2021

‘I think most people would say ‘about time he concentrated on what really matters’, because crime is going up, people are very worried about their jobs and what’s happening in the NHS, and we have got a Prime Minister who won’t answer a very, very simple and actually very easy, question.
‘The question’s really moved on. The first question is who actually paid for this redecoration in the first place. The second question, I think, is probably the bigger question now: why is the Prime Minister not prepared to just answer that question? What is he hiding?’
Questions have been mounting over the PM’s flat since his former aide Dominic Cummings accused him of wanting donors to ‘secretly pay’ for the renovations in a ‘possibly illegal’ move.
The Electoral Commission said the investigation will ‘determine whether any transactions relating’ to the renovations ‘fall within the regime regulated by the commission and whether such funding was reported as required’.
The Conservative Party said it would ‘continue to work constructively’ with the commission.
‘We believe all reportable donations have been transparently and correctly declared and published by the Electoral Commission,’ a spokesman said.
Get in touch with our news team by emailing us at webnews@metro.co.uk.
For more stories like this, check our news page.

Facebook
Twitter
Pinterest
WhatsApp
Previous articleMichael Jackson’s home gets Wade Robson misuse claim tossed out of court!!
Next article3 perfect options for Saints at No. 60 in 2nd round of the 2021 NFL Draft