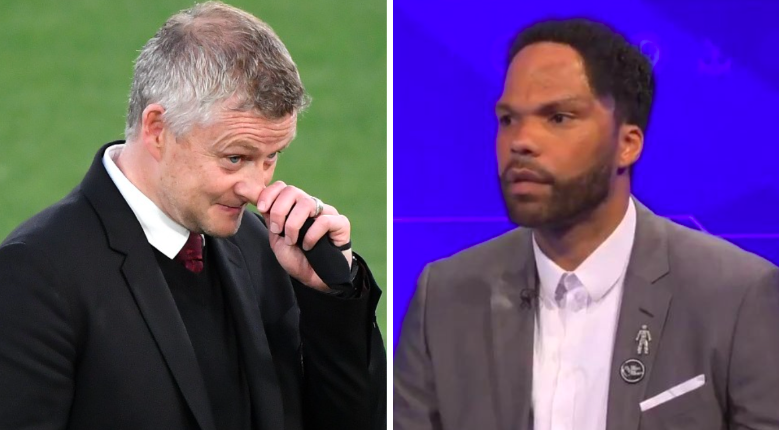 PSG defender Marquinhos would be perfect for Manchester United, according to Joleon Lescott (Picture: Getty)Joleon Lescott believes Manchester United should prioritise strengthening at centre-back in the summer transfer window and reckons a player of Marquinhos’ stature and quality would ‘instantly propel them into contenders’ next season.
The Red Devils are expected to invest heavily in their squad in order to make up ground on fierce rivals Manchester City and Ole Gunnar Solskjaer has his eye on several high-profile attackers, with Jadon Sancho, Erling Haaland and Harry Kane among those linked.
United’s defence appears relatively settled with Harry Maguire and Victor Lindelof establishing themselves as the club’s first-choice partnership at the back.
Eric Bailly deciding to put pen to paper on a new long-term contract will also come as a relief to Solskjaer after months of uncertainty over the Ivorian’s future.

Solskjaer already has one eye on the summer transfer window (Picture: Getty)However, former England and Manchester City defender Lescott feels the Old Trafford giants are still lacking a top-class centre-half in the mould of Paris Saint-Germain captain Marquinhos.
‘That is the biggest thing, for me. Harry Kane, yes, he would improve them, but I think it’s more important to go and get a centre-half,’ he said on Sky Sports ahead of United’s clash with Aston Villa.
‘I was speaking to Rio [Ferdinand] recently, we were talking about Marquinhos.
‘I think if they were to get him, someone of that stature, that would instantly propel them into contenders.
‘If they don’t do that, yeah they can score goals and win games but they can’t rely on the defensive side of their game against the bigger teams in the league.’
More: World

See also  Britney Spears Is Reportedly ‘Relieved’ After Opening Up Publicly About Her Conservatorship Nightmare - Details!

Marquinhos, 26, took over the reins as PSG skipper following Thiago Silva’s departure last September and has made over 300 appearances for the Ligue 1 champions since joining the club from Roma back in 2013.
Recent reports suggest former PSG boss Thomas Tuchel is keen to be reunited with Marquinhos at Stamford Bridge and has told Chelsea to explore a move for the defender.
However, the Brazil international is tied into a deal at the Parc des Princes until 2024 and PSG are in no hurry to part with a player so central to Mauricio Pochettino’s present and future plans.
Follow Metro Sport across our social channels, on Facebook, Twitter and Instagram.
For more stories like this, check our sport page.