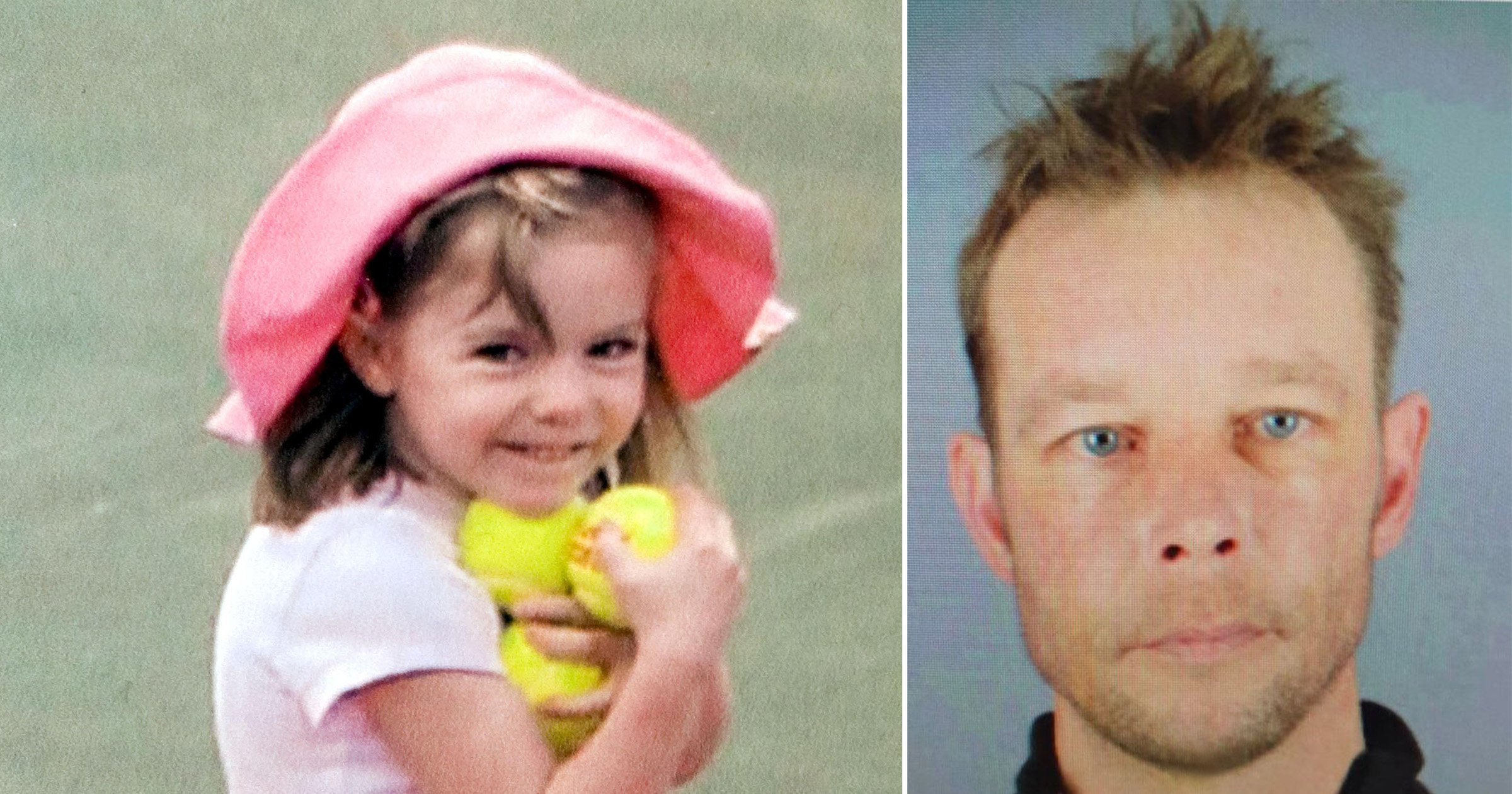 Christian Brueckner (right) is the convicted paedophile believed to be behind Maddie’s disappearance (Picture: Rex)Madeleine McCann was killed in Portugal, German police now believe.
Investigations into prime suspect Christian Brueckner, 44, have led detectives to rule out the theory that he moved the British toddler to his native Germany following her disappearance from Praia da Luz in 2007.
Prosecutor Hans Christian Wolters is now adamant that Maddie, who would have turned 18 this week, died in Portugal.
When asked where he believed she was killed he told the Mirror Online: ‘In Portugal. I am optimistic we will solve this case.’
Mr Wolters has long claimed to have ‘concrete evidence’ that will prove Brueckner killed Maddie, but has never shared any details.
Most of the evidence gathered so far is circumstantial in nature and has not yet proven enough to bring a murder charge against convicted paedophile Brueckner.

Madeleine McCann would have turned 18 this week (Picture: Rex)The drifter, who often lived out of a camper van, is currently serving seven years for raping a 72-year-old American woman in the Algarve in 2005.
After being named as the prime suspect last June, police searched the properties and land he owned looking for evidence to connect him to the crime. This included an allotment in Hanover where he would often stay.

Suspect arrested over brutal murder of British mum in Greece

Mr Wolters added: ‘Since Christian B did not have the allotment at the time of Maddie’s disappearance, he could not have buried a body there.’
Brueckner lived on and off in Portugal for 22 years but managed to fly under the radar of police despite having previous child sex offences.
He was twice extradited from Portugal for sexual crimes against children, once in 1999 and again in 2017.

Brueckner is serving time for raping a 72-year-old American woman in the Algarve and has previous drug and child sex offences (Picture: REX)And despite being arrested for exposing himself to children on a playground just 30 minutes from the Algarve four years ago, he was never placed on Portugal’s sex offenders register.
He was named by German police last year, causing several alleged victims and people who knew Brueckner to come forward and provide key information.
German police are hoping to bring formal charges against him this year.
Brueckner’s lawyer Friedrich Fulscher insists he has nothing to do with the disappearance of Madeleine.
It comes after her parents Kate and Gerry paid a tribute to their daughter last week, writing: ‘Happy 18th birthday Madeleine. We love you and we’re waiting for you and we’re never going to give up.’
Get in touch with our news team by emailing us at webnews@metro.co.uk.
For more stories like this, check our news page.