HomeBusinessEurovision 2021: Watch all of the performances from this year's show
BusinessGeneralScienceTechnologyWorld News

Eurovision 2021: Watch all of the performances from this year’s show 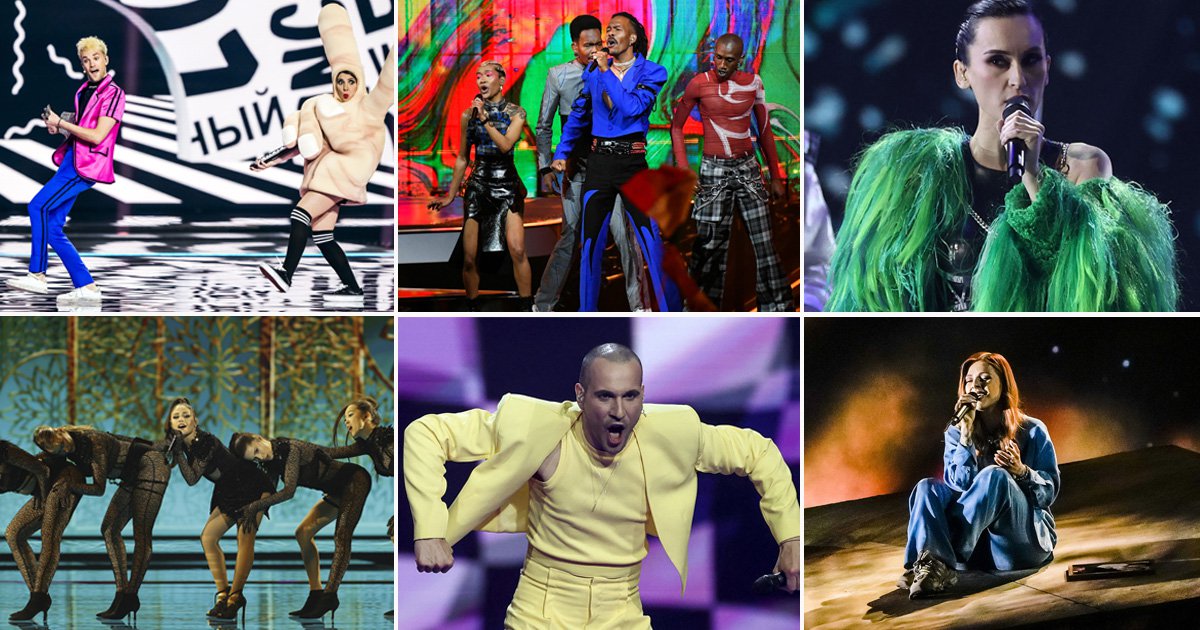 Eurovision this year was filled with a variety of showstopping performances (Picture: Getty/Rex & AP)Eurovision 2021 has proven to be dramatic, intense and entertaining, with a variety of showstopping performances taking place on the stage in Rotterdam.
After last year’s competition was cancelled due to the pandemic, this year every country that was in the final came back with a bang.
Even though Italy were the winners with the rock band Måneskin performing the song Zitti E Buoni, there were a variety of other impressive acts.
Here is a roundup of all of the stellar performances in the order they appeared.

Israel: Eden Alene – Set Me Free
Eden Alene represented Israel with the song Set Me Free, with Eden singing the highest note that has ever been sung in the history of the competition.
Following her performance, host Graham Norton joked she had left him with a ‘nose bleed’.

Belgium: Hooverphonic – The Wrong Place
Following an agreement between Belgium’s two Eurovision broadcasters VRT and RTBF, Hooverphonic returned as the Belgian act this year.
Along with returning vocalist Geike Arnaert, the group performed their song The Wrong Place.

Russia: Manizha – Russian Woman
For the first time since 2012, the Russian public chose the country’s entry, with Manizha winning with the song Russkaya zhenshchina (Russian Woman). Manizha calls her song a manifesto against prejudice and for more women’s rights.

Malta: Destiny – Je Me Casse
Destiny represented Malta at the Grand Final of the Eurovision Song Contest 2021 with the song Je Me Casse. Destiny was originally headed for Eurovision 2020 after winning X Factor Malta.

Portugal: The Black Mamba – Love Is On My Side
With their English-language song Love Is on My Side, the Portuguese group The Black Mamba represented Portugal. From a field of ten grand finalists, the Black Mamba won Festival da Canço 2021.

Serbia: Hurricane – Loco Loco
Hurricane represented Serbia at the Grand Final of the Eurovision Song Contest 2021 with the song Loco Loco.
At the time of writing, their video on the Eurovision YouTube account have 175k views, which is miles ahead of the others.

United Kingdom: James Newman – Embers
The BBC internally selected the singer-songwriter James Newman who was also due to represent the UK in 2020. His song, which he co-wrote, was his new dance-pop song Embers.
James is the younger brother of singer John Newman.

Greece: Stefania – Last Dance
Stefania represented Greece with the song Last Dance. In 2013 she was a contestant in the third season of The Voice Kids in the Netherlands.

Iceland: Da∂i Freyr og Gagnamagni∂ – 10 Years
Last year Iceland’s entry Think About Things from Daði Freyr and his backing band Gagnamagnið went viral. This year they entered with their track 10 Years, which is about Daði’s relationship with wife Árný (who was be pregnant with their second child on the Eurovision stage).

Spain: Blas Cantó – Voy A Querdarme
Blas Cantó was invited back to represent Spain and performed the ballad Voy a Quedarme, which he won in a two-song national final called Destino Eurovision.

Germany: Jendrik – I Don’t Feel Hate
The German entry for the 2021 Eurovision Song Contest was Jendrick with his song I Don’t Feel Hate.
The upbeat track is a missive to haters, as the 26-year-old is telling them that their words will not stop him from living his life.

Bulgaria: Victoria – Growing Up is Getting Old
Bulgaria’s 2020 act Victoria Georgieva – who performs as VICTORIA – returned for 2021 with her internally selected entry Growing Up Is Getting Old.

Lithuania: The Roop – Discoteque
Lithuanian band THE ROOP represented their country with Discoteque after they won the national final Pabandom iš Naujo! 2021.

Ukraine: Go_A – Shum
Electro-folk group Go_A were internally selected after having previously won the 2020 national final. They performed the song SHUM, which was selected by an expert jury and revamped into a new version for Eurovision.

Norway: TIX – Fallen Angel
TIX represented Norway with the song Fallen Angel. The song is about TIX’s struggle with depression, which is made even worse by being rejected by a girl he had feelings for. TIX compares depression to ‘fighting with demons inside a hole in my heart’ in the song.

Sweden: Tusse – Voices
Tousin Michael Chiza, known as Tusse, is a Swedish singer with Congolese roots who booked his ticket to Eurovision when he won Melodifestivalen. He performed the catch song Voices.

San Marino: Senhit – Adrenalina
Tonight there was an unusual addition to San Marino’s performance, and that was the well-known rapper Flo Rida. The rapper featured on Senhit’s Eurovision 2021 entry Adrenalina.

Got a story?
If you’ve got a celebrity story, video or pictures get in touch with the Metro.co.uk entertainment team by emailing us celebtips@metro.co.uk, calling 020 3615 2145 or by visiting our Submit Stuff page we’d love o hear from you.

MORE : Eurovision 2021 viewers label Germany’s performance ‘bizarre’ and Graham Norton less than impressed: ‘This song is like Marmite if everyone hated Marmite’