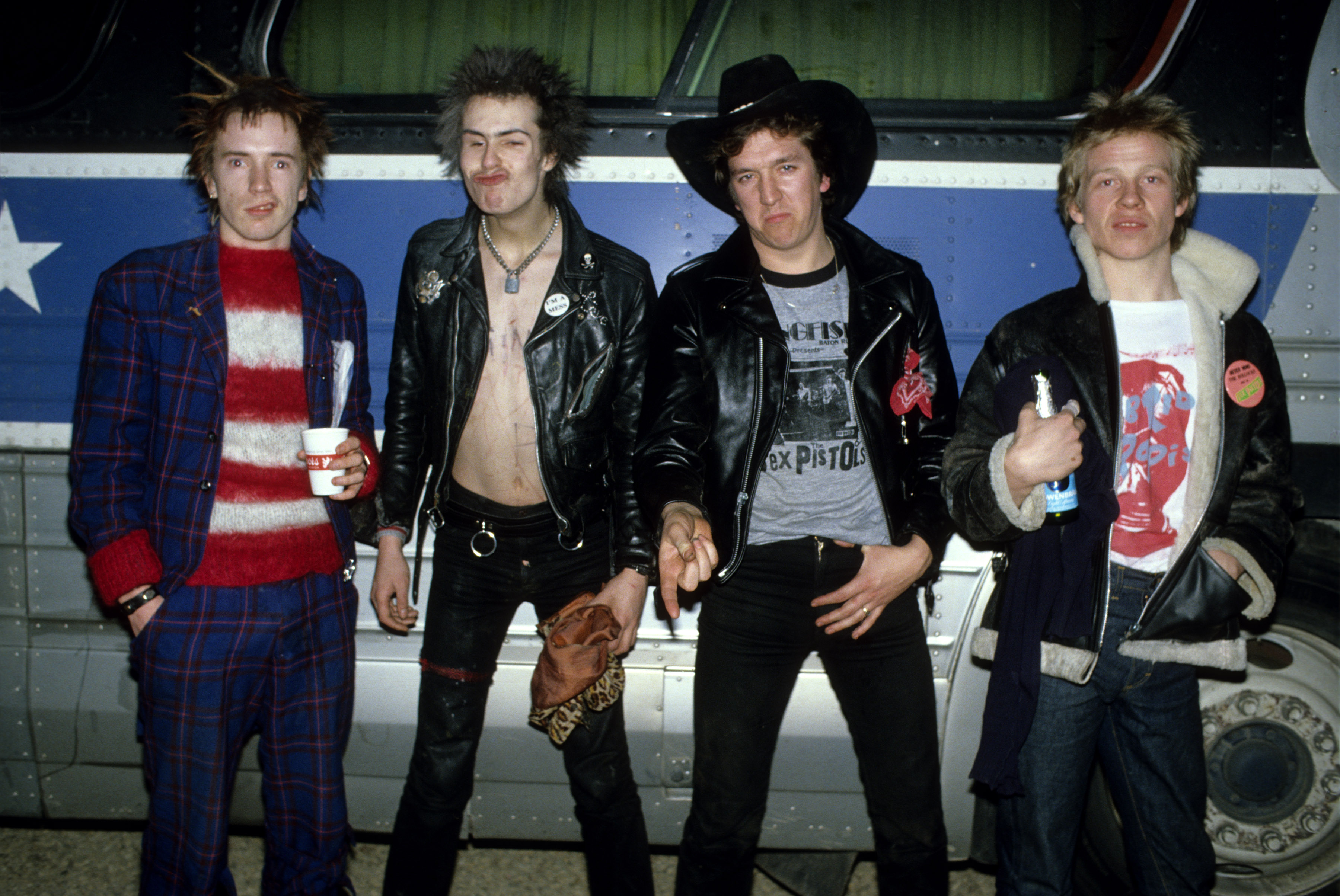 Sid Vicious and Nancy Spungen died within two years of meeting each other (Picture: Getty Images)Sid Vicious’ close friend, model Jordan Mooney, has described Nancy Spungen as the ‘worst person he could have met’ as she opened up about how she wants him to be remembered.
The Sex Pistols star and his girlfriend famously had a dangerously co-dependent relationship, and died within two years of meeting each other.
Looking back on her friendship with the star, punk icon and model Jordan, who’s consulting on Danny Boyle’s series about the band, said she wants people to remember his kind side.
‘He was somebody who had a lot of faces to him,’ she told Metro.co.uk. ‘To me he always came across as a very naive person, probably very sexually naive as well […]
‘But he was a very kind person, Sid, and his temper got the better of him a lot, that temper, that’s just temper, flashing temper. But I was a really good friend of his. He was a very kind man.
‘We used to stay up all night at the flat at Buckingham Gate, the famous flat where everybody stayed up, and we went horse riding in Hyde Park together. And he borrowed something from me once without asking, but he put something of his in place of it to swap over when he brought it back to me.
‘He’s not really what people think he is.’

Jordan opened up about her friendship with the Sex Pistols (Picture: Getty Images)Jordan went on: ‘I’m a great believer that you do have to take responsibility for what you do – you can’t blame other people for falling into the wrong crowd, that sort of thing. You just have to really, truly take control of your life […]
‘Unfortunately, New York was the worst place he could have gone, and Nancy Spungen probably the worst person he could have met with.’
Vicious, whose real name was John Simon Ritchie, died in 1979 from a drug overdose.
He is being depicted in Danny Boyle’s series Pistol by Louis Partridge, who’s set to appear alongside the likes of Ansoon Boon (Johnny Rotten), Thomas Brodie-Sangster (Malcolm McLaren) and Maisie Williams (Jordan).

Danny Boyle’s upcoming series focuses on the lives of the Sex Pistols and punk pioneers (Picture: Redferns)While many of the remaining Sex Pistols are on board with the series, John Lydon (formerly known as Johnny Rotten) has branded it ‘disrespectful’.
However, Jordan wasn’t surprised by his response.
‘He just, true to form – everybody knew what he would do,’ she said. ‘I spoke to Danny and everyone and they already knew he would put some breakers up on this. This is just my point of view – not anybody else’s – but if he had been involved, it would just never have got done, so best do without him.
‘He’s so…I guess narcissistic, everything revolves around him. Everyone in his life has always told him how wonderful he is and, of course, he believes that. He’s a product of his own hype. So nothing would have ever been right unless it had been just him. This isn’t the story of just him – this is the story of punk.
‘It’s not just aimed at English, British people who were there, it’s to go to the world. It’s not the John Lydon story.’
Jordan, who previously opened up about the advice she gave Game of Thrones star Maisie about portraying her, has been advising on makeup and costume to ensure everything is accurate.
More: Danny Boyle

‘I’ve been working with costume, the historical side of it- how things were made and I’m very, very impressed as well about how nothing’s too much trouble,’ she pointed out. ‘They really want to make it as authentic as possible considering there’s decades gone and none of these clothes sort of exist in reality anymore.
‘I’ve visited the SEX shop sets that they’ve done, interior and exterior, and they’ve gone to enormous lengths to make that look so authentic. And they’ve even made a street, St John’s Wood, three or four shops that surrounded the SEX shop – they’ve made that absolutely spot on.’
Metro.co.uk has contacted reps for John Lydon for comment.
Pistol is currently in production.
Got a story?
If you’ve got a celebrity story, video or pictures get in touch with the Metro.co.uk entertainment team by emailing us celebtips@metro.co.uk, calling 020 3615 2145 or by visiting our Submit Stuff page we’d love o hear from you.