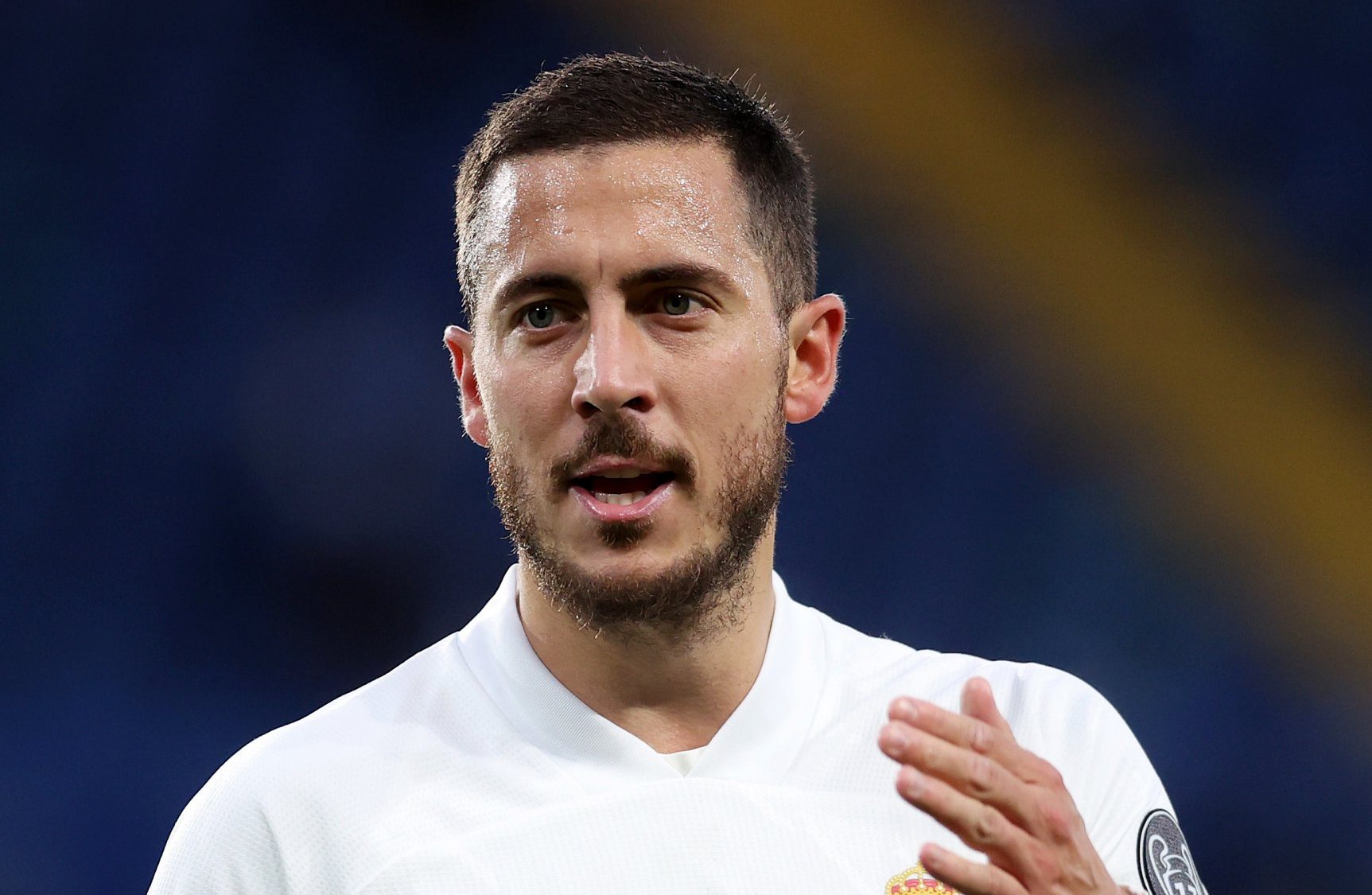 Eden Hazard is reportedly looking to leave Real Madrid this summer (Getty)Eden Hazard wants to leave Real Madrid this summer and is targeting a return to Chelsea, according to reports in Spain.
The Belgium international left Chelsea to join Madrid in a £130 million deal in the summer of 2019.
But since moving to Spain, Hazard has struggled to hit form due to multiple injuries and has been restricted to just 10 starts in La Liga and only three more in the Champions League this season.
The 30-year-old was also forced to apologise after he angered Madrid supporters by laughing and joking with Kurt Zouma just moments after his side’s Champions League exit to Chelsea earlier this month.
According to Spanish television show El Chiringuito de Jugones, Hazard is now looking to leave Madrid this summer and his preference is to return to Chelsea.
Hazard spent seven seasons at Stamford Bridge and helped the club win two Premier League titles, the FA Cup and the Europa League on two occasions.

Eden Hazard is keen on returning to Chelsea, according to reports in Spain (Getty)Earlier this month, reports in Spain claimed that Madrid are prepared to offload Hazard at the end of the season following his disappointing spell at the club.
Madrid, who are keen to bolster their attack with the signings of Erling Haaland and Kylian Mbappe, are understood to be entertaining offers in the region of €50m (£43.4m) for Hazard.
Madrid are also looking to sell Luka Jovic, Gareth Bale, Dani Ceballos, Mariano and Brahim Diaz in order to bolster their finances.
More: Chelsea FC

Speaking earlier this month, Zinedine Zidane stressed that he is keen to see Hazard succeed at Madrid.
‘All the players have their hearts in the club but for now it hasn’t been possible to see the Eden Hazard we want to see,’ said Zidane.
‘But I believe he is going to get there. It’s a difficult moment with everything that’s happened but he has a contract and what he wants is to succeed here.’
For more stories like this, check our sport page.
Follow Metro Sport across our social channels, on Facebook, Twitter and Instagram.