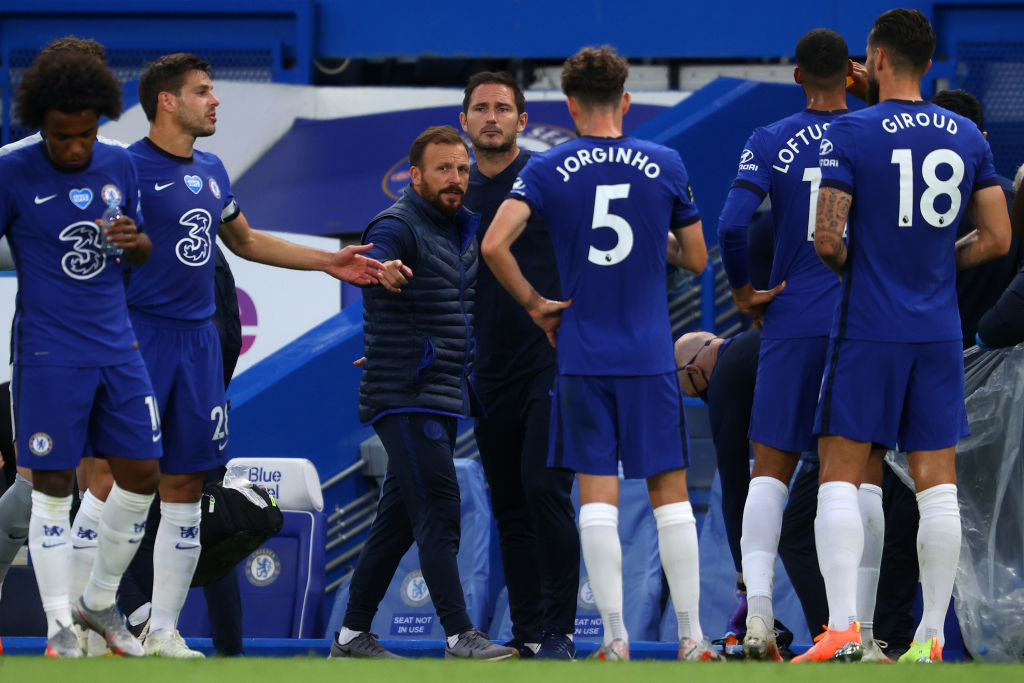 Jody Morris sent a classy message to Chelsea’s Champions League winners (Getty)Former Chelsea assistant manager Jody Morris has sent a message of support to the players following their Champions League victory on Saturday evening.
Thomas Tuchel’s side lifted the trophy in Porto after Kai Havertz’s first-half goal sealed a 1-0 win against Manchester City.
Morris had been Frank Lampard’s assistant at the start of the season before a managerial change at the end of January saw Tuchel arrive with his staff.
Before his time as Lampard’s assistant at Stamford Bridge, Morris had gained experience coaching with Chelsea’s academy had had worked with several current first-team players including Mason Mount, Reece James, Tammy Abraham and Callum Hudson-Odoi.
And following their success in the Champions League, Morris paid tribute to Chelsea’s homegrown talent as he posted a picture of them celebrating with the trophy along with the caption: ‘Proud!!’.
Speaking after the final whistle, Mount, who has been one of Chelsea’s standout performers under both Lampard and Tuchel, hailed the team as ‘the best in the world’.
‘I can’t put it into words. It’s impossible. I’ve played in two [previous] finals for Chelsea and we lost them both. It’s all I’ve dreamt of, winning a trophy with Chelsea,’ said the midfielder.

Jody Morris shared his delight for Chelsea’s academy talent (Instagram)‘To go all the way in the Champions League, we played some tough teams.
‘At this moment in time, we’re the best team in the world. You can’t take that away from us.’
Speaking earlier this month, Tuchel gave credit to Lampard and his coaching staff for laying the foundations for the team’s strong end to the campaign.
‘Frank had an amazing record in the group stage of the Champions League,’ said Tuchel.
‘[He] won all the FA Cup games. He’s laid the foundation to get us to finals and I will never forget it, we don’t feel ashamed or have any fear to speak it out loud.

“It felt like that on the first day. I am aware Frank created his own legacy as a player and make it bigger as a coach. We stepped in halfway through the season and tried to fulfil the job he had began.
‘Frank resembles everything you think about Chelsea. You think about Frank Lampard, the way he is, how he played football.
‘This shows his character and the message he sent was a pleasure to receive. We had a message a couple of days after we arrived but nothing more.’
For more stories like this, check our sport page.
Follow Metro Sport across our social channels, on Facebook, Twitter and Instagram.