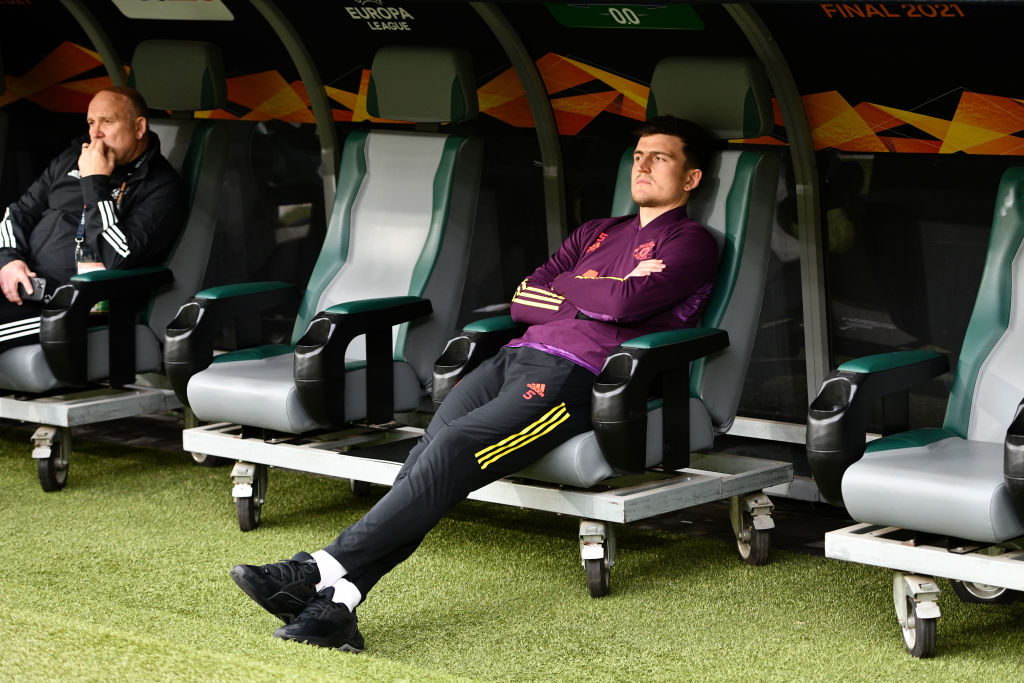 Gareth Southgate already has some headaches to deal with (Picture: Getty Images)Wayne Rooney believes the injuries that Harry Maguire and Jordan Henderson are struggling with are Gareth Southgate’s biggest worries going into the European Championships and England cannot win the tournament unless they are fit.
If the Manchester United and Liverpool captains were fully fit they would undoubtedly be in Southgate’s starting XI this summer, but neither are.
Henderson has been out since undergoing an operation on a groin injury in February, while Maguire only injured ankle ligaments this month, but was forced out of the Europa League final earlier this week.
Both are expected to be included in England’s squad for the Euros, but question marks hang over just how fit they will be when the tournament starts on Friday 11 June.
Rooney sees the two men, along with captain Harry Kane, as the three most important to the side and Maguire and Henderson will need to be fit for England to fulfil their potential.
‘Gareth named a provisional squad of 33 but I am sure he already knows the 26 that he wants to take to the Euros. Wednesday [a friendly against Austria] is just about keeping players ticking over,’ Rooney wrote in the Sunday Times.
‘Injuries are already Gareth’s biggest worry. England have a good chance and will be very hard for any team to beat if they reach the last four, with the semi-finals and final at Wembley, but to succeed I think Harry Maguire and Jordan Henderson have to be fit.

Harry Maguire sat out the Europa League final with an ankle injury (Picture: Getty Images)‘The ankle problem that kept Harry out of the Europa League final makes him a doubt and Jordan has not played since February because of a groin issue, but those two plus Harry Kane are the spine of England’s team.’
Rooney feels that the experience, leadership and steady nature of those players is crucial to let more creative players in the side flourish.
‘Gareth needs them on the pitch,’ said the Manchester United legend. ‘Those players being there allows Phil Foden, Jack Grealish, Mason Mount and Marcus Rashford to go and express themselves, and every side has those leaders, those rocks, whom the rest depend on in a crisis. In the case of England, if the going gets tough in a game, Jordan and the two Harrys are the ones all the other players will look to.’
More: Wayne Rooney

The Mail report that Maguire is confident of being fit for the Euros, with England’s first game on Sunday 13 June while Henderson is certainly available, returning to the bench for Liverpool’s last Premier League game of the season, but is yet to regain match fitness.

MORE : I had my heart set on Manchester United despite Pep Guardiola talks, admits Harry Maguire