HomeBusinessGirl, 8, finds bomb in the middle of the street while playing...
BusinessGeneralScienceTechnologyWorld News

Girl, 8, finds bomb in the middle of the street while playing outside 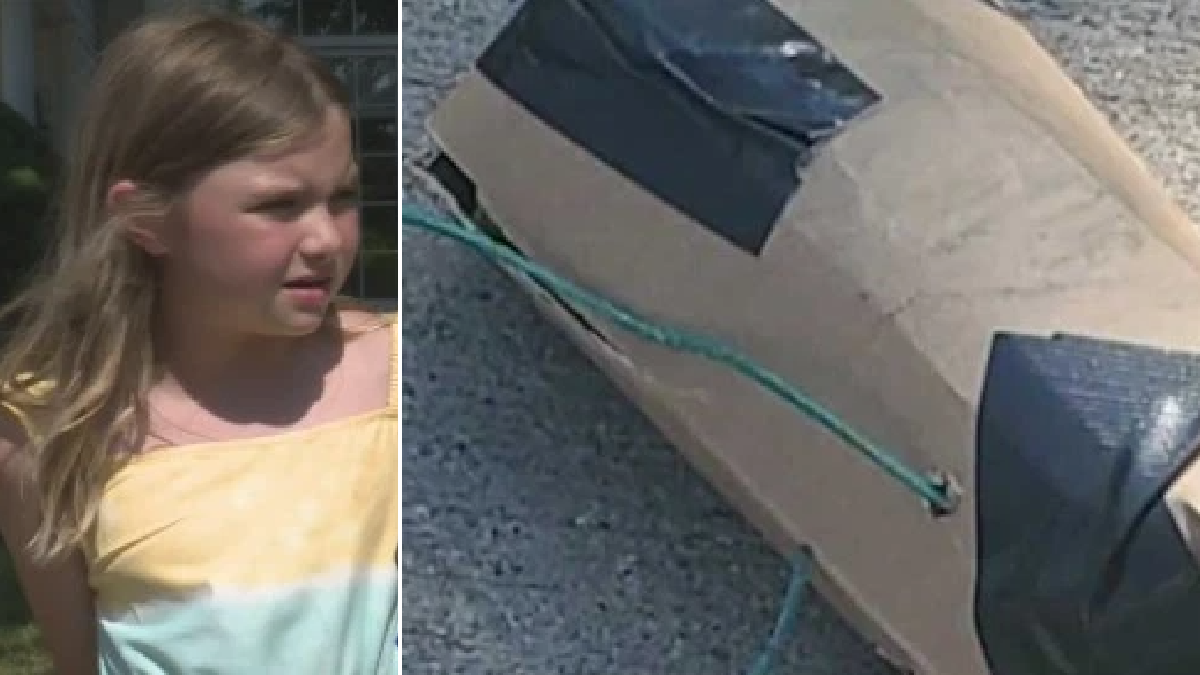 Maya Buffington (left) was playing outside in her Iowa neighborhood when she saw an explosive device in the middle of the street (right) (Pictures: KCCI)An eight-year-old girl was playing outside when she found an explosive device in the middle of the street. Maya Buffington said she approached the object thinking it was an animal from afar, only to find it was something completely different.
‘I found a bomb,’ Maya told KCCI on Thursday.
The girl from Ankeny, Iowa, described how the device caught her attention on Wednesday shortly before 9.30am.
‘I saw something in the street that I thought was a dead squirrel and then went to go look at it and that and (saw) it wasn’t a dead squirrel,’ she said. ‘I saw something wrapped in tape and cardboard.’
Maya immediately fled for her safety.
‘I thought I had to get away fast and go tell my mom,’ she said.
Maya’s mother called Ankeny police, who began investigating the device and its origins. Officers distributed letters around the neighborhood explaining the turn of events.
It is not the first bomb that has apparently been laid in the neighborhood north of Des Moines. Over the past few months, residents made several calls to police reporting explosions. And just over three months ago, police found a live pipe bomb outside of a polling place.
Investigators are looking into any possible connections between the newly discovered device and the past incidents, Ankeny police spokesperson Sgt Corey Schneden said.
‘Nothing’s been ruled out, but we don’t have anything that points directly that it’s connected,’ Schneden said. ‘But we don’t have anything that says it’s not.’
Schneden said the device found on Wednesday and the pipe bomb were ‘not similar’. However, he expressed concern over the latest device sitting in the middle of the street, where a vehicle or person could have set it off.
A resident in the neighborhood, Tracey Mure, the father of Cavion Mure, said someone could have detonated the device by simply riding a bike.
‘That could have been easily an explosion and hurt a kid so it’s just crazy,’ the father said. ‘You don’t think in this neighborhood that’s gonna happen.’
Police have spoken with residents with surveillance cameras as part of the investigation.
‘Our ultimate goal is to figure out who’s doing this,’ Schneden said. ‘We don’t want anyone to get hurt or any property damage.’
Anyone with information is asked to contact the Ankeny Police Department.
For more stories like this, check our news page.
Get in touch with our news team by emailing us at webnews@metro.co.uk.