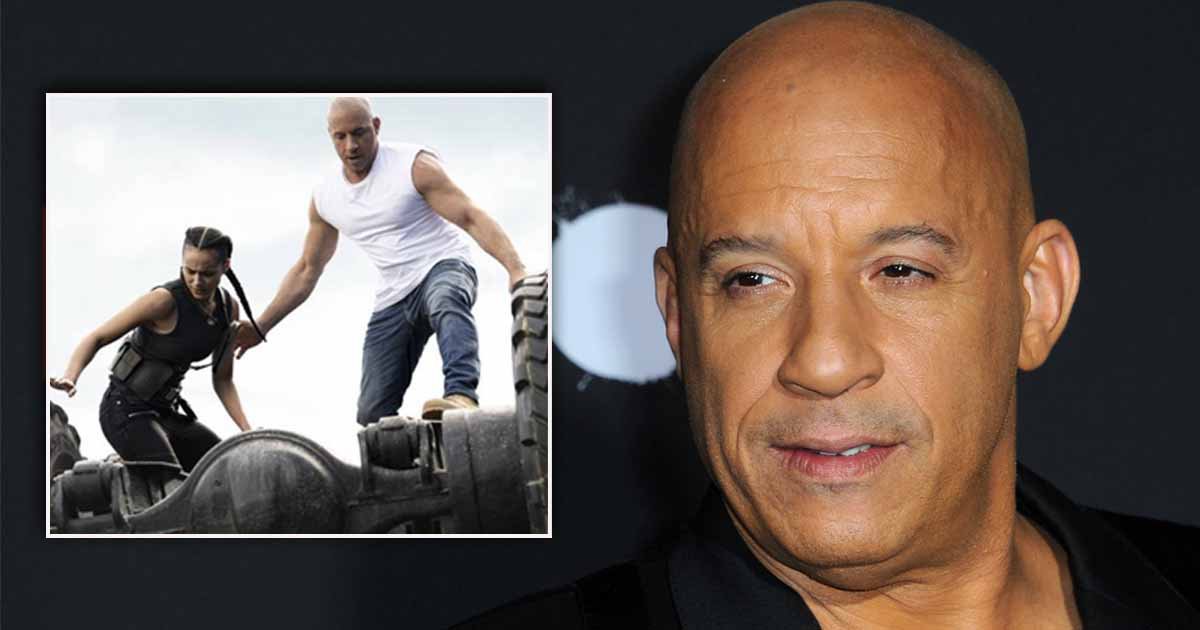 Vin Diesel has confirmed the Fast and Furious franchise will end after the 11th film (Picture: Universal/Getty)Vin Diesel has officially confirmed that the Fast and Furious franchise will end following its eleventh film.
The ninth instalment in the series, F9, will be released at the end of June, and after much speculation, Vin, who has played Dom Toretto since the first Fast and Furious movie, has announced that two more films will be released before the saga is closed.
The 53-year-old actor reckons that the last two instalments could be potentially released in 2023 and 2024 respectively.
When asked about the franchise’s future during a press junket, he responded: ‘Every story deserves its own ending.’
Vin also revealed that when he told his children about the film series coming to an end, he began to tear up.
He went on: ‘I know people are going to feel like it doesn’t have to end, but I think all good things should.

The ninth instalment in the series will be released at the end of June (Picture: Universal)‘There are reasons for a finale. I think this franchise has deserved it.’
And although the saga ends for the series, Vin has said he believes that the Fast and Furious cinematic universe will continue to exist in some form.
F9 director Justin Lin also explained that the idea of concluding the series came during a conversation with Vin.
He said: ‘We got together and Vin says, “I think we should think about closing up the saga now.”
‘Nine is kind of the first film of the final chapter. We’re kind of reconfiguring everything, so that the next two movies should wrap up this amazing journey for these characters.’

The first Fast and Furious movie was released 20 years ago (Picture: Universal/Shutterstock)The first Fast and Furious movie was released over 20 years ago in 2001, and since then, the franchise has achieved much success.
The newest film, F9, will see Dom (Vin Diesel) and his partner Letty Ortiz (Michelle Rodriguez) and their family of petrol heads around the world with locations as far flung as Tokyo and London.
The official synopsis from Universal reads: ‘Dom is leading a quiet life off the grid with Letty and his son, little Brian, but they know that danger always lurks just over this peaceful horizon.

‘This time, that threat will force Dom to confront the sins of his past if he’s going to save those he loves most. His crew joins together to stop a world-shattering plot led by the most skilled assassin and high-performance driver they’ve ever encountered: a man who also happens to be Dom’s forsaken brother, Jakob (John Cena).’
Fans can expect more thrills, spills and supercars as ‘the true meaning of family is to be tested like never before.’
The flick was originally scheduled to be released last year, but was pushed back due to the coronavirus pandemic.
More: US Showbiz news

Other stars of F9 include Tyrese Gibson as Roman Pearce, Ludacris as Tej Parker and Jordana Brewster as Mia Toretto.
F9 will be released to UK cinemas on June 24.
If you’ve got a celebrity story, video or pictures get in touch with the Metro.co.uk entertainment team by emailing us celebtips@metro.co.uk, calling 020 3615 2145 or by visiting our Submit Stuff page – we’d love to hear from you.
For more stories like this, check our entertainment page.
Follow Metro.co.uk Entertainment on Twitter and Facebook for the latest celeb and entertainment updates. You can now also get Metro.co.uk articles sent straight to your device. Sign up for our daily push alerts here.