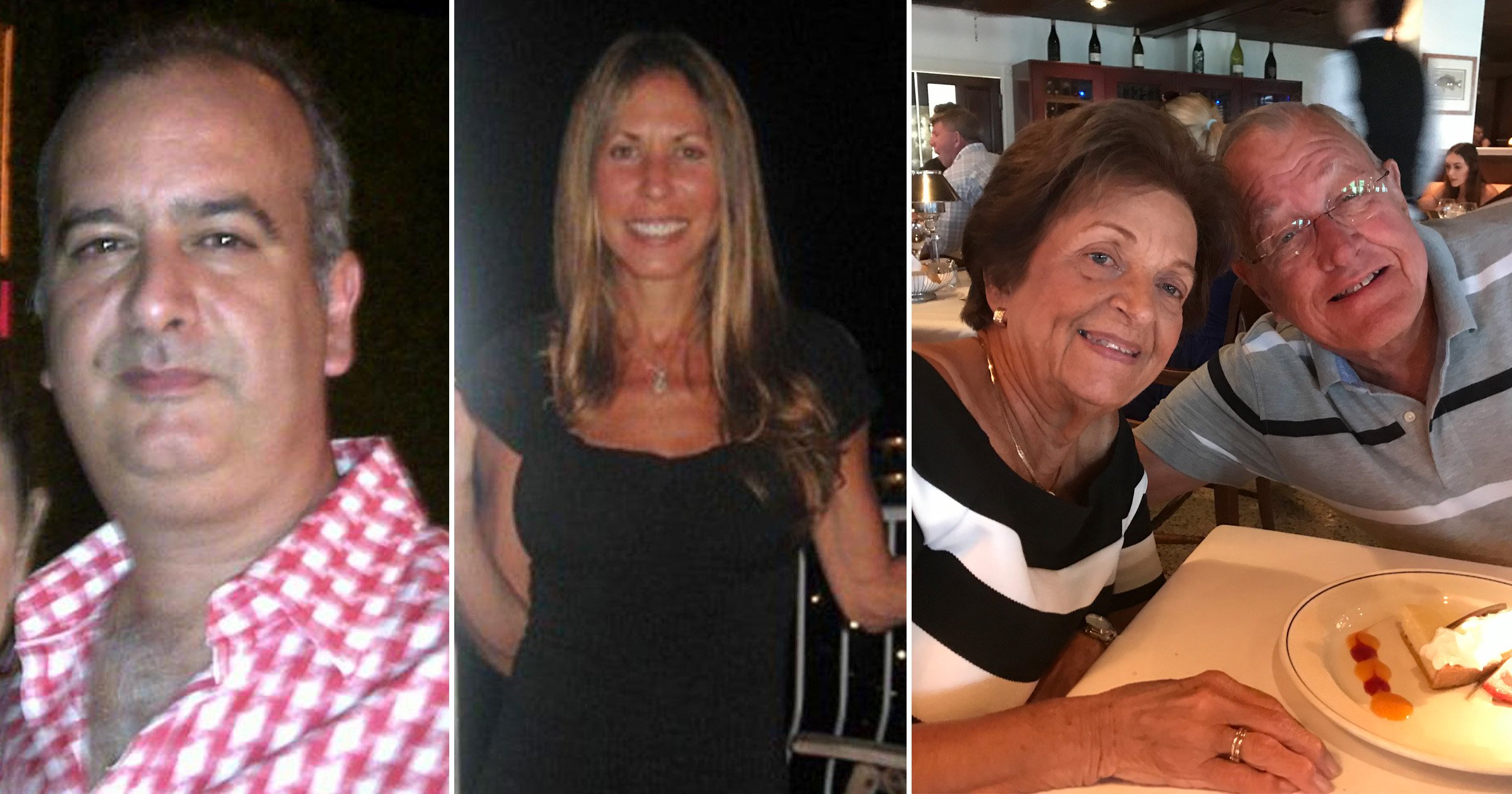 As rescuers continue to desperately search for survivors, four victims of the Miami building collapse have been identified (Picture: UNPIXS/Facebook)Four of the five victims killed in the horrifying Miami building collapse have been named as their devastated loved ones paid tribute to them.
A desperate operation to find people beneath the rubble is under way after the 12-storey Champlain Towers South building crashed to the ground as residents slept on Thursday.
Florida investigators are still trying to piece together why the collapse, which occurred at around 1.30am local time, happened in the first place.
Five bodies have been pulled from the rubble and 156 people are still unaccounted for, according to city officials.
Families face an agonising wait to see if more loved ones can be found beneath the mass of concrete and steel.
As the rescue operation continues, hampered by a fire raging deep below the wreckage, the stories of those already confirmed to have died are trickling out.
The first victim to be named was Stacie Fang, a 54-year-old mother, who lived in apartment 1002.

Mother Stacie Fang, 54, is the first victim to be officially named and pictured (Picture: Facebook/Unpixs)

She was killed when Champlain Towers South in the Surfside area of the Floria city partially collapsed in the early hours of the morning (Picture: AP)

In a statement to local media, her family said ‘there are no words to describe the tragic loss’.
Her 15-year-old son Jonah Handler was found alive and rescued, according to US reports.
Antonio Lozano, 83 and wife Gladys Lozano, 79, are also confirmed to be among the dead. They had been married for nearly 60 years.
Their son told a US outlet that the loving couple, who lived at apartment 903, were ‘scared to die without each other’.

Gladys and Antonio Lozano had reportedly been married for almost 60 years and were at home when the building came down (Picture: FrancesWangTV)

Manuel LaFont, reportedly known to friends and family as Manny, was also at home when the building fell to the ground (Picture: Facebook)Manuel LaFont, a father-of-two and avid baseball fan originally from Houston, was at home in apartment 804 when the building came down without warning.
He coached his son’s baseball team and regularly attended church, according to the Miami Herald.
Manuel is the fourth person confirmed to have been killed in the tragedy but families and officials fear many more names will be added to the tragic roll call.
A fifth unnamed person has been confirmed dead but rescuers have not given up hope that survivors could still be somewhere beneath the ruin.

Emergency services are searching for 156 unaccounted for people and have not given hope there could be survivors beneath the rubble (Picture: AP)British mum Bhavna Patel, 38, her husband Vishal Patel, 42, and their one-year-old daughter Aishani, are among those unaccounted for.
Safety concerns were raised about the building three years ago and it was due an automatic 40-year review later this year.
Buildings of a similar style and age are to be checked urgently, with one nearby building constructed by the same company set to be evacuated.
Get in touch with our news team by emailing us at webnews@metro.co.uk.
For more stories like this, check our news page.