WWE: Zelina Vega returns to SmackDown months after getting fired 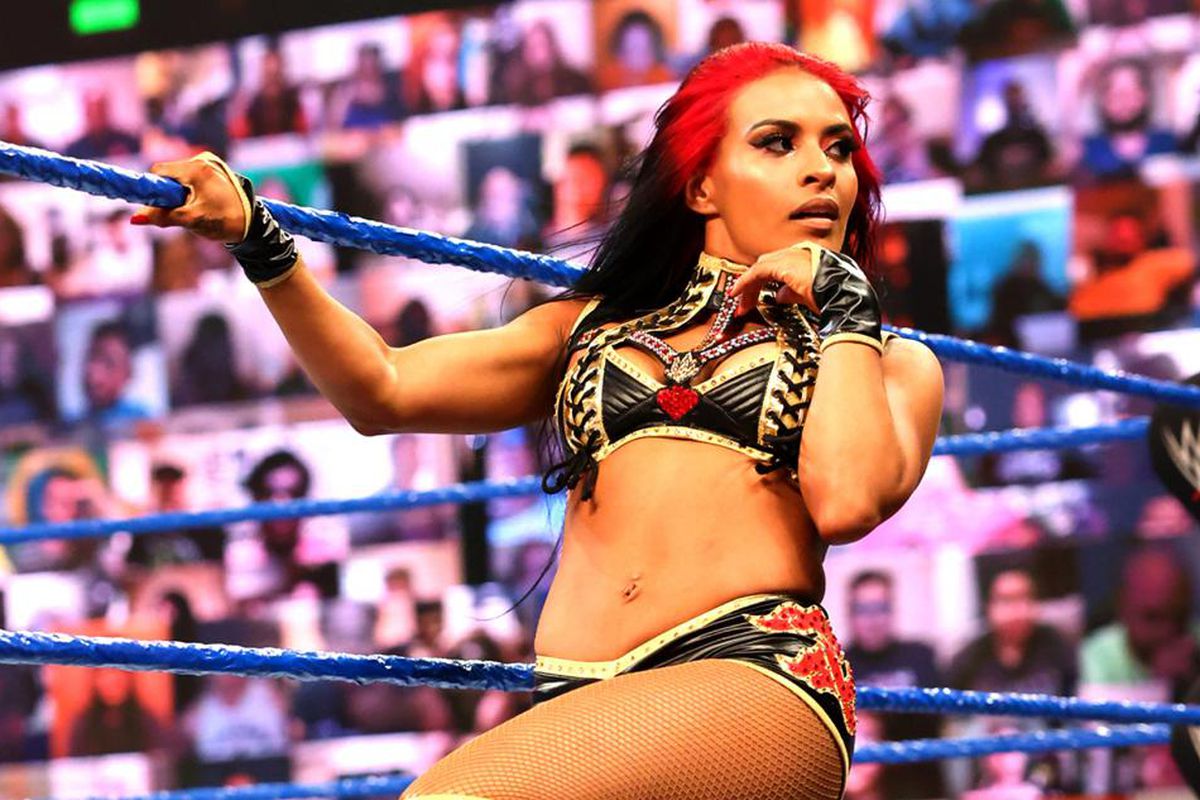 She’s ba-aaaaaack! (Photo: WWE)Zelina Vega has returned to WWE SmackDown months after getting fired.
The 30-year-old star left the company back in November and made waves as she tweeted her support for unionisation minutes before her departure was announced, but it seems there were no bridges burned.
Vega made an unexpected comeback on Friday night’s show as she was introduced by Sonya Deville as the next entrant into the Money In The Bank Ladder Match on July 18.
However, she was cut off by Liv Morgan, who insisted she would prove she has earned a place in the high stakes bout – and she did pin the returning superstar to make her case.
Regardless of losing on her first night back, Zelina’s return adds a lot to the blue brand’s depleted women’s roster after the likes of Ruby Riott left during last month’s first round of releases.
Interestingly, Vega’s real life husband Aleister Black was among those cut at the same time.

He’s seemingly reiterated his desire to work elsewhere rather than making his own return, but stranger things have happened in WWE – as evidenced by his wife’s sensational comeback.
There is nothing saying the company won’t bring back recently released superstars, and it has even happened this year with Samoa Joe stepping into a new role – both in front of and behind the camera – on NXT.
William Regal’s enforcer is also working as a talent scout for the black and gold brand, and he received the call just hours after being informed of his WWE departure.
‘A few hours later, I get a call from Hunter and that all pretty much kinda changed,’ he told the  Out of Character with Ryan Satin podcast, reflecting on the speedy turnaround as Triple H called him a few hours after John Laurinaitis confirmed his departure.
A change in tact even happened after last year’s talent cuts, when Drake Maverick was reinstated after a great run in the Cruiserweight Championship Tournament, and he insisted he didn’t actually know it was happening until it played out on air.
More: US TV news

He exclusively told Metro.co.uk at the time: ‘When [Triple H] walked out was the moment. [But] the suspicions I had were after the KUSHIDA match.
‘Remember, it was only supposed to be three matches so I assumed I’d do the preliminary bracket and that’d be it. Then the KUSHIDA match, and they were like “It’s a triple threat” – I go, well maybe they just want me to have one more.
‘Oh OK, maybe one more. Then the Fantasma match, it’s like, “He’s up today” – ah. Well, thank you – I didn’t have three matches, I had five. Whatever you need me to do, I’m going to be a complete professional.
Got a story?
If you’ve got a celebrity story, video or pictures get in touch with the Metro.co.uk entertainment team by emailing us celebtips@metro.co.uk, calling 020 3615 2145 or by visiting our Submit Stuff page – we’d love to hear from you.