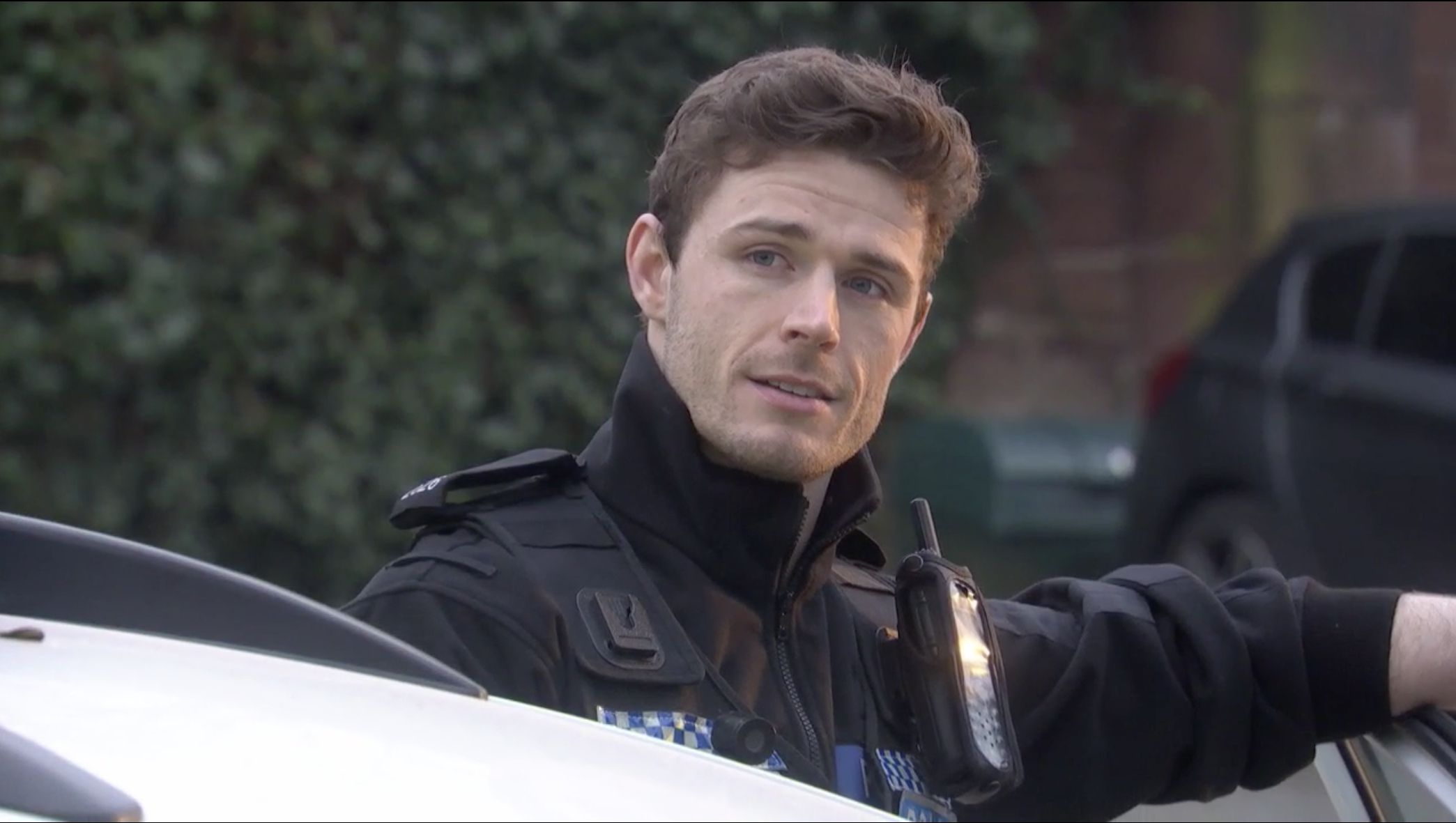 George Kiss met a violent end, after he was killed in an altercation (Picture: Lime Pictures)Hollyoaks’ John Paul McQueen (James Sutton) was left completely and utterly heartbroken, as he was informed that boyfriend George Kiss (Callum Kerr) is dead.
George – hot off another argument with his beau – headed to work in a state of anger, and he filled PC Smith in on his relationship woes.
The policeman, of course, lied – claiming that he was the victim of the scenario. His attention was diverted elsewhere, however, when he and his colleague were summoned to an altercation.
John Paul, meanwhile, couldn’t stop thinking about the argument he’d had with George prior to his departure.
The teacher had been forced to defend himself once again, after George accused him of cheating with ex-husband Ste Hay (Kieron Richardson).

John Paul struggled to process news of his boyfriend’s death (Picture: Lime Pictures)John Paul did spend the night at Ste’s following their passionate snog in last night’s edition of the Channel 4 soap, but – contrary to George’s belief – they did not have sex.
Desperate to make amends, he set off in search of his boyfriend, but he ultimately came face-to-face with a sombre PC Smith.
‘Can we go somewhere private?,’ said the copper, ‘I’ve got some bad news.’

John Paul, having clocked the bag with George’s belongings inside, became incredibly worried, and demanded the young policeman tell him the truth.
‘[George] was involved in an incident today’, continued PC Smith. ‘He was called to an altercation that turned violent.
‘I’m so sorry. George was killed.’
More: Channel 4

John Paul, distraught, had nothing to say, as he attempted to process the news of his boyfriend’s death.
Hollyoaks continues Wednesday April 21 at 7pm on E4.
If you’ve got a soap or TV story, video or pictures get in touch by emailing us soaps@metro.co.uk – we’d love to hear from you.
Join the community by leaving a comment below and stay updated on all things soaps at our homepage.