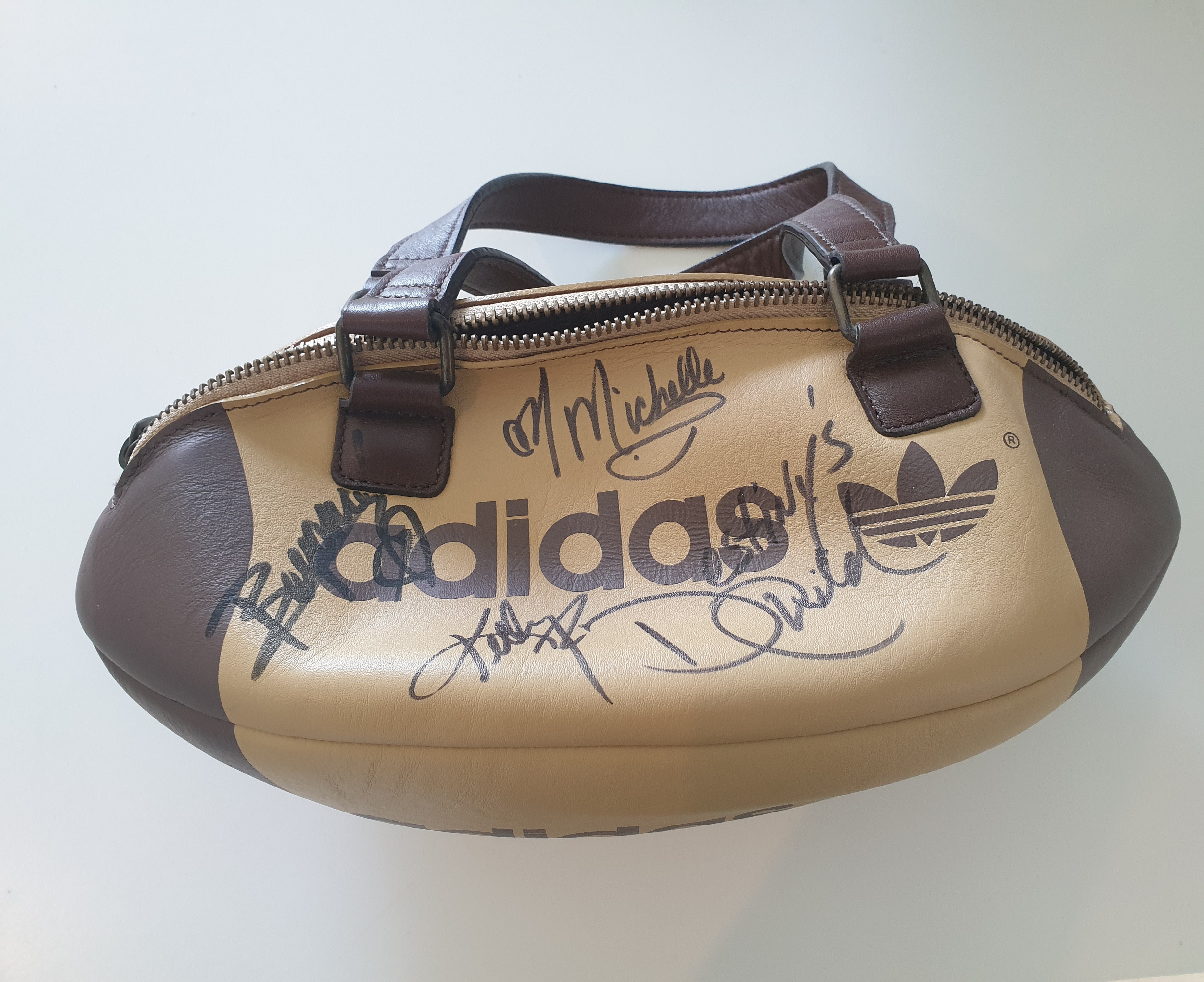 Vicky McClure and Holly Willoughby are auctioning special items for charity (Picture: BBC/Rex)Line of Duty star Vicky McClure and This Morning’s Holly Willoughby are among a group of celebrities who have donated items to a charity auction in aid of Teenage Cancer Trust.
On Friday April 23, Teenage Cancer Trust launched its Star Boot Sale fundraiser, a two-week auction lasting until Thursday May 6.
Over 50 stars hailing from the worlds of music, theatre, TV and sport have donated possessions to be included in the fundraiser, with items expected to sell from between £10 to thousands of pounds.
Certain items have also been placed in a £5 ticket raffle, giving people the chance to win incredible prizes for as little as a fiver.
Some of the 130 donated items in the auction include a dress worn by Vicky, who plays Kate Fleming in Line of Duty, a pair of trainers from Craig David, an LK Bennett dress worn by Holly and a bag autographed by Beyoncé, Kelly Rowland and Michelle Williams of Destiny’s Child.
Considering an auction for a jacket worn by Martin Compston on Line of Duty recently crashed the Teenage Cancer Trust’s website, the organisation is hoping they will see similar success with Vicky’s garment.

Vicky has donated the one dress Kate has worn on Line of Duty (Picture: BBC)

Holly has given an LK Bennett dress to the auction (Picture: Courtesy of Teenage Cancer Trust)Vicky expressed how proud she feels to be an ambassador for Teenage Cancer Trust, saying that she was ‘happy to donate’ when she heard about the Star Boot Sale.
‘The dress I have given is the only one Kate Fleming has ever worn in Line of Duty, when she was presented with an award at the end of series three, so it’s a real part of the show’s heritage. Plus, it’s a Paul Smith, so a nod to my home of Notts too!’ the actor said.
‘Teenage Cancer Trust nurses and youth teams are absolute heroes and have been working tirelessly throughout the pandemic to support young people with cancer.
‘But everything the charity does is reliant on being able to raise money, so get onto the auction and get bidding so they can keep doing great work.’

A pair of Craig David’s shoes are up for grabs (Picture: Courtesy of Teenage Cancer Trust)

As is a bag signed by the members of Destiny’s Child (Picture: Courtesy of Teenage Cancer Trust)Other celebrities who have donated to the auction include Sir Andy Murra, Sir Ian McKellen, Noel Gallagher and Sir Elton John.
The sale includes a pair of Jimmy Choos from Gaby Roslin, an amp autographed by Brian May and a shirt worn by Cliff Richard.
One of the most unique items in the auction is a limited edition can of Heinz Baked Beans signed by The Who.
Roger Daltrey, The Who’s frontman and an honorary patron for Teenage Cancer Trust explained that ‘young people with cancer are particularly at risk from coronavirus’.
More: Holly Willoughby

‘And right now, Teenage Cancer Trust funded nurses and support teams are going above and beyond to provide the care they need at a time when healthcare services are under huge pressure,’ the musician said.
‘They are amazing people – but not many people realise that their work is completely reliant on fundraised income and donations. So please get involved in this new fundraiser if you can.’
Line of Duty returns on Sunday at 9pm on BBC One.
Got a story?
If you’ve got a celebrity story, video or pictures get in touch with the Metro.co.uk entertainment team by emailing us celebtips@metro.co.uk, calling 020 3615 2145 or by visiting our Submit Stuff page – we’d love to hear from you.

MORE : Gogglebox stars screaming as Line of Duty’s Ryan Pilkington and Kate Fleming pull guns on each other: ‘Shoot the b*****d!’

See also  Games Inbox: Why has GTA 6 not been announced?

Facebook
Twitter
Pinterest
WhatsApp
Previous articleThe Devil Made Me Do It!!! Release date, cast, trailer and all you require to know
Next articleIs Warner Bros. Really Phasing Out DVDs and Blu-Rays Next Year?