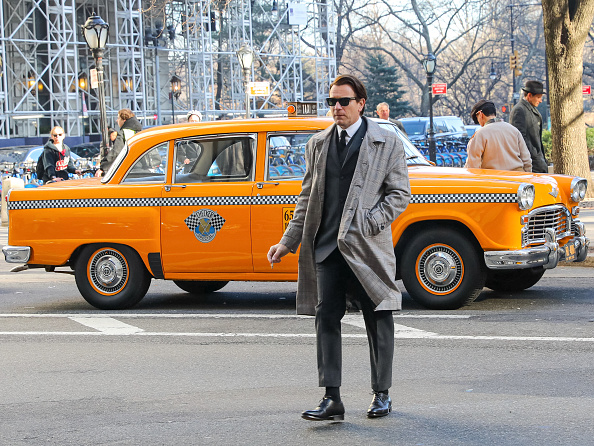 The first images from Netflix’s Halston look unreal (Picture: Netflix)We have finally been given a sneak-peak of Netflix’s Halston – and the photos look absolutely incredible.
In the series from Daniel Minahan, Ewan McGregor stars as legendary fashion designer Halston – real name Roy Halston Frowick – as he builds a worldwide fashion empire in New York.
The series will follow Halston’s rise to fame, those famous parties at Studio 54, and the downfall that saw him lose control of his empire.
Halston was a huge name in the fashion world back in the 1970s and was pals with the likes of Liza Minnelli, Elizabeth Taylor, Bianca Jagger and artist Andy Warhol.
He died, aged 57, from Aids in 1990.
The Netflix series is based on the book Simply Halston – written by Steven Gaines – which details wild drug-fuelled sex parties Halston would host with his on/off partner Victor Hugo.

Rory Culkin has done a terrific job at morphing into Joel Schumacher (Picture: Netflix)Halston was an international household name that defined the heady Studio 54 era, and if the shots we’ve seen are anything to go by, they have nailed the costumes and characters from the time period.
Ewan looks suave and is incredible convincing as Halston in the photos that have been shared, with the hair and turtle neck really adding to the believability.
The 70s disco-era was known for its glitz and glam, as well as the excess that the party scenes encouraged.
The faux polaroid photo that was shared of Rebecca Dayan (as Elsa Peretti), Ewan, David Pittu (Joe Eula) and Gian Franco Rodriguez (Victor Hugo) at Studio 54 is filled with the appropriate amount of sparkle.
Krysta Rodriguez, who portrays Liza Minnelli, looks exactly like the talented actress, dancer, and singer – even down to the show-stopping eyelashes.

We’re so ready (Picture:Netflix)Rory Culkin has done a terrific job at morphing into Joel Schumacher, the American film director, screenwriter, and producer, with bowl-cut hair and a striped suit.

Halston became one of the most acclaimed designers of the 1970s (Picture: Zuma/REX)In an interview with Vogue, show creator Ryan Murphy and designer Tom Ford recently discussed the series.
‘When I heard Ewan McGregor was cast, I have to say, I thought, Oh, my God, that’s completely wrong. But he got it so right. It’s incredibly convincing,’ Tom said.
More: Netflix

Ryan explained: ‘He was, to us, the only choice. The thing that Ewan got about Halston was that Halston had a vision in his mind of who he wanted to be in life. He was self-created.
‘Ewan really connected with the pain of Halston and the longing of Halston, and how confusing it is to have to be an artist and a businessman at the same time.’
You can stream Halston on Netflix from May 14.
Got a story?
If you’ve got a celebrity story, video or pictures get in touch with the Metro.co.uk entertainment team by emailing us celebtips@metro.co.uk, calling 020 3615 2145 or by visiting our Submit Stuff page – we’d love to hear from you.