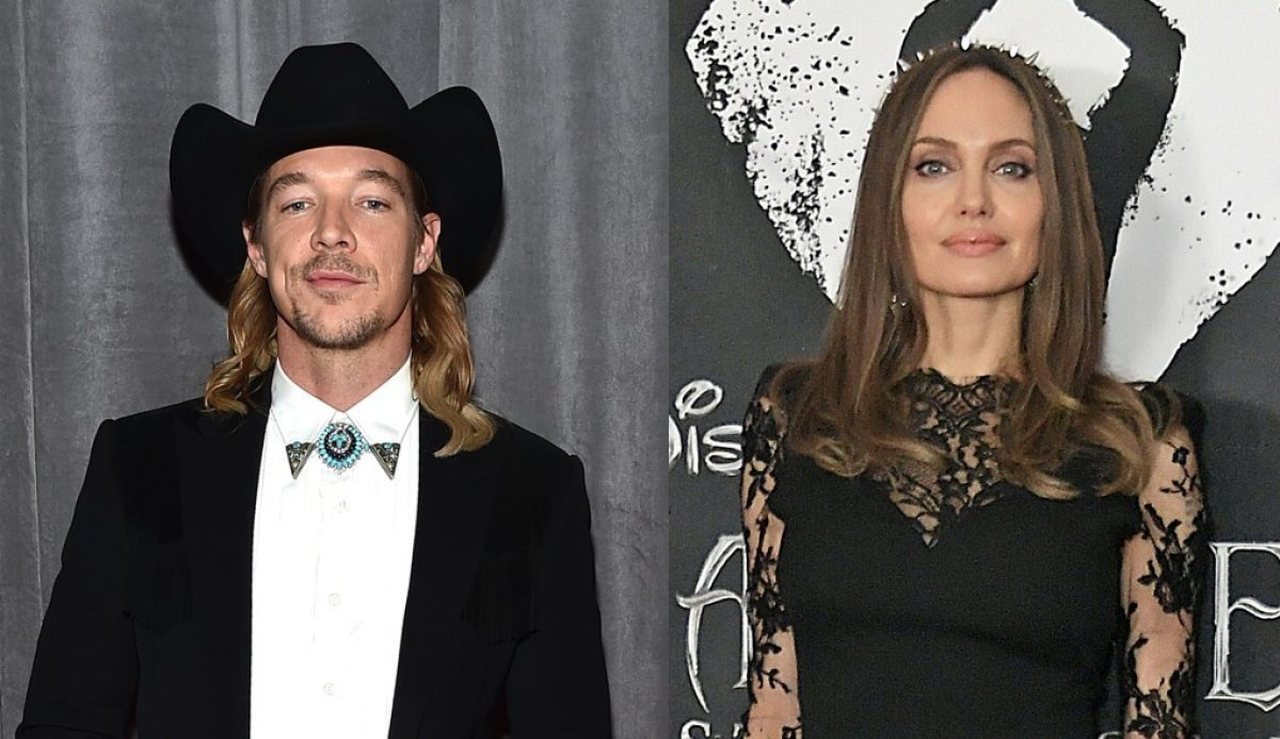 Is Angelina Jolie dating Diplo? That’s the question many people are asking after the DJ shared a photo on his Instagram video that looked like Angelina Jolie at his barbecue! Though Angelina is one of the most famous actresses in the world, she has created a persona of being quite the homebody who rarely ventures outside without one or several of her six children in tow. Even when Angelina was married to Brad Pitt , it was rare to catch the two on an outing that wasn’t a lavish, public affair, such as an award show. If they were photographed together, it was often with their children at parks or leaving airports, etc. Now that Angelina is starting to embrace the single life, people are curious if and when she will begin dating again. That’s why the clip from Diplo’s video spread like wildfire across social media platforms. Now, the upcoming May 3, 2021, issue of In Touch Weekly, addresses the video and rumors that Angelina is dating Diplo. First, not everyone believes that it is Angelina Jolie in Diplo’s video. Diplo shared the barbecue video on his Instagram and people freaked out when they saw the woman who bore a striking resemblance to Angelina. Angelina isn’t on social media under any public accounts, so Diplo wouldn’t have been able to tag her in the video. RELATED: Brad Pitt Wants Angelina Jolie To Accept Big Divorce Settlement — Actress Is Stalling The Process Many people believe the woman in the video is Angelina, but no one has confirmed this. You may see a photo of the video clip featuring the woman who is purported to be Angelina Jolie below. Some think that Diplo resembles a younger Brad Pitt and wonder if Angelina isn’t ready to open herself up to try love again. Of course, this is all speculation, and Angelina hasn’t been linked to anyone since her split from Brad. RELATED: Angelina Jolie Is Still Not Over Brad Pitt – She ‘Knows What He Is Up To At All Times’ What do you think about the photo? Do you believe that is Angelina Jolie at Diplo’s barbecue? Do you think they are a couple? Charisse Van Horn is a freelance writer from Tampa Bay. She enjoys writing about celebrities, entertainment, crime, and fashion. The writer of this article will take legal action on those who reproduce or spin this article outside of Celebrity Insider.