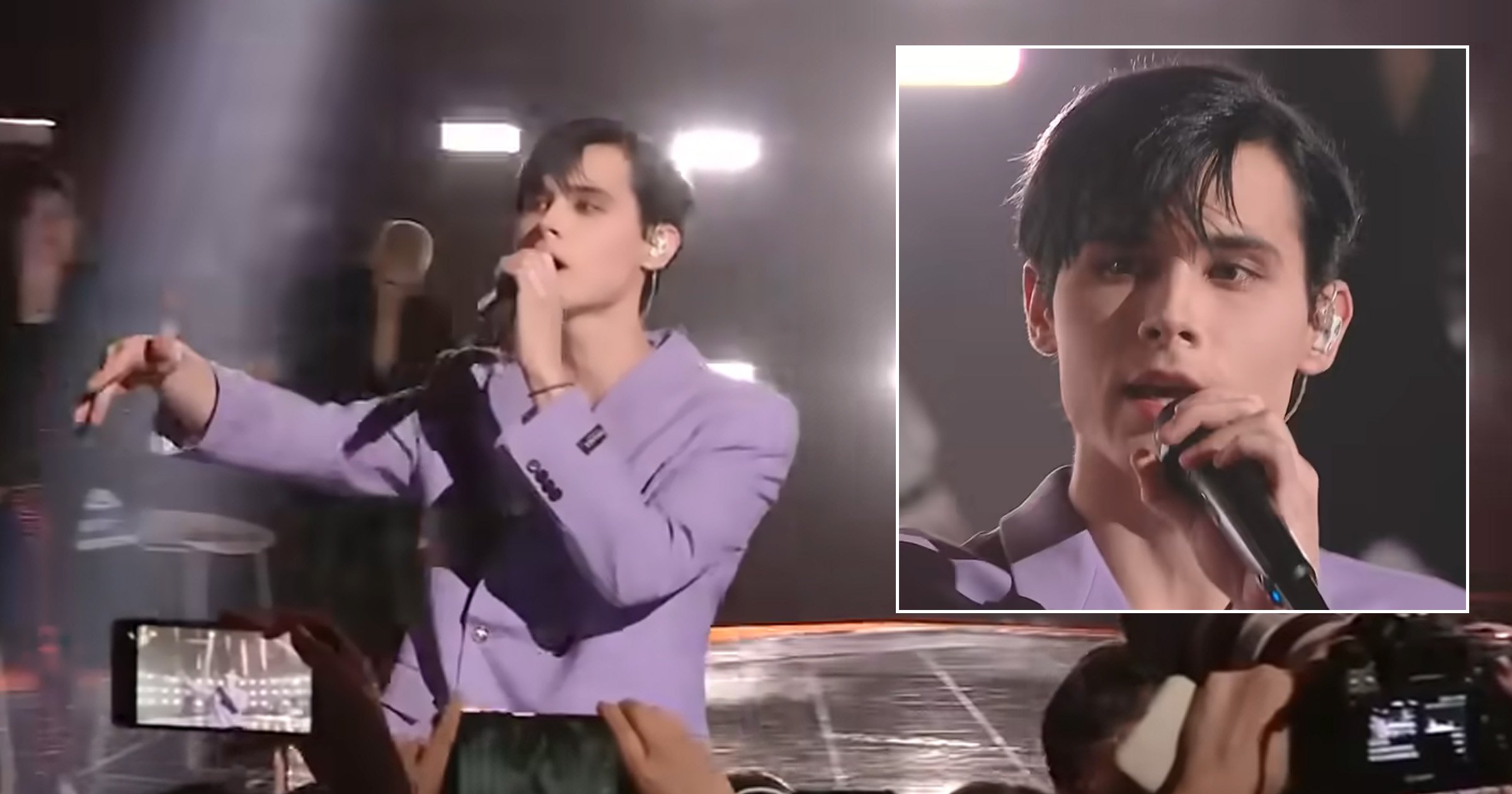 A Russian singer has celebrated being eliminated from a Chinese version of X Factor – after entering the show by accident and remaining ‘trapped’ there ever since.
Vladislav Ivanov, 27, has been on Produce Camp 2021, a show searching for a new boyband, over the past three months – winning the public over by not wanting to be there.
Originally joining the show’s team as a Chinese teacher, Ivanov was encouraged by producers to become a contestant because of his ‘good looks’.
However, once he signed a contract, he was honour-bound to complete his time on the show and would be in breach if he simply left.
So, rather than have to pay a steep fine, Ivanov made a bid to have viewers turn against him, singing half-heartedly, rapping and begging those at home to let him leave.
At one point, he literally told those watching: ‘Don’t love me. You’ll get no results.’

Ivanov deliberately sang badly to be sent home, but viewers were taken with him (Picture: WeTV)In another interview, Ivanov – who performed under the name Lelush – said: ‘Becoming a member of a boy band is not my dream as I can’t sing and dance.
‘I hope the judges won’t support me. While the others want to get an A, I want to get an F as it stands for freedom.’

Despite wanting to leave , the star was contractually obligated to remain on the show until he was eliminated (Picture: WeTV)But that only seemed to spur on fans of the series, who enjoyed his suffering and attitude so much they voted him through all the way to the finals.
Turning into a series anti-hero, his pleas to leave fell on deaf ears before they finally let him go.
Celebrating his loss on Weibo, he joked he was ‘finally off work’.
If he was one of the 11 people to win, he would have been contractually obligated to become a member of a new boyband.
Got A Story?
If you’ve got a celebrity story, video or pictures get in touch with the Metro.co.uk entertainment team by emailing us celebtips@metro.co.uk calling 020 3615 2145 or by visiting our Submit Stuff page – we’d love to hear from you.

See also  How can a startup attract new customers?

MORE : Snoop Dogg breaks down in tears with Kelly Clarkson on The Voice US over emotional near-death story

MORE : James Arthur admits to being left to his own devices ‘too much’ after going through ‘X Factor machine’