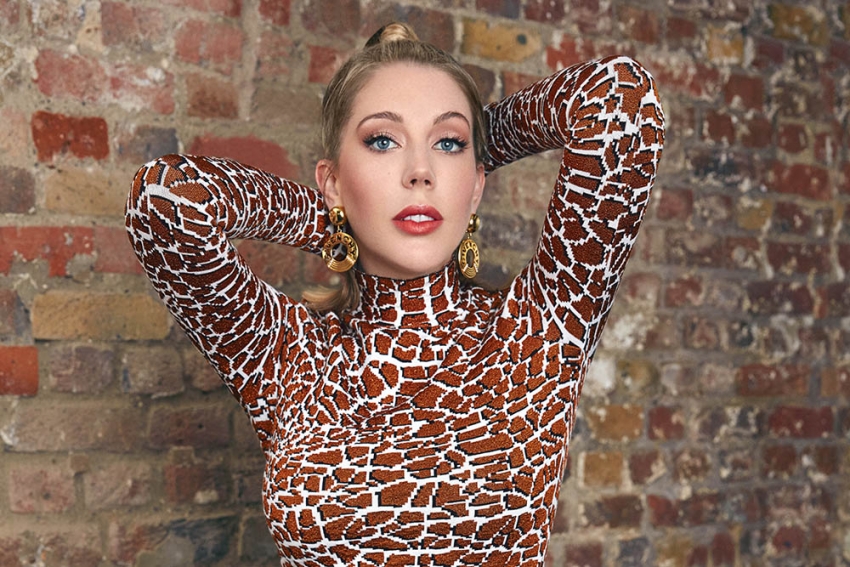 Katherine Ryan is set to host a new ITV2 dating show (Picture: ITV)Katherine Ryan has responded to backlash after threats of Ofcom complaints about her new dating show on ITV2 called Ready To Mingle – just days after she came under fire for a comment made in All That Glitters Is Gold.
Arriving on the channel this autumn, Katherine will present the series which follows a single girl in the search for her perfect partner, as 12 male suitors compete for her affections and the chance to win a big money prize.
But in a mischievous twist, not all the boys are single – and a number of them will be guided by their partners in pursuit of the jackpot.
Taking up residence in a luxurious house, the single girl will get to know all the boys through activities, games and dates, eliminating each boy one-by-one until her ‘dream man’ remains.
Ready To Mingle has been widely criticised by viewers before they’ve even had the chance to watch the first episode, with some tweeting that they’ll be contacting television watchdog Ofcom to report it.
‘Really? How is this good for anyone?’ one person wrote. ‘You are literally encouraging people hurting other people. No. You can do better ITV.’

I am âsettingâ people to do nothing but complain. PLEASE COMPLAIN AT ONCE.— Katherine Ryan (@Kathbum) April 28, 2021

Echoing a similar sentiment, another added: ‘A show about actively trying to deceive a woman whilst in a relationship, yeah mate, great tv that.’
However, Katherine handled the response like a pro while stressing that both the single woman and the men and their partners are aware about the twist.

Katherine’s show Ready To Mingle arrives in the autumn (Picture: Rex)‘LOL yes register your displeasure EARLY over that which doesn’t exist,’ she penned on Twitter. ‘SHE knows. THEY know. Consent – and eager enthusiasm to participate – obtained from all parties & partners. How else may I offend today please.’
Further details on the brand new ITV2 dating show currently remain under wraps.
Ahead of its arrival, Katherine previously enthused: ‘I am so excited to be a part of this new dating game show. How could I say no? It’s like nothing we’ve seen before but still with all the drama and dating dilemmas we love to see, and I’ll be there front row as it all unfolds!’
More: Katherine Ryan

Paul Mortimer, Head of Digital Channels at ITV, added: ‘We’re excited to announce the latest ITV2 entertainment format aimed at younger audiences- Ready to Mingle, and I’m so pleased that the amazing Katherine Ryan will be presiding over the game.
‘Katherine’s unique sense of humour coupled with all the drama of this new dating show ought to make for a binge-ably entertaining watch.’
Ready To Mingle will air this autumn on ITV2.
Got a showbiz story?
If you’ve got a celebrity story, video or pictures get in touch with the Metro.co.uk entertainment team by emailing us celebtips@metro.co.uk, calling 020 3615 2145 or by visiting our Submit Stuff page – we’d love to hear from you.