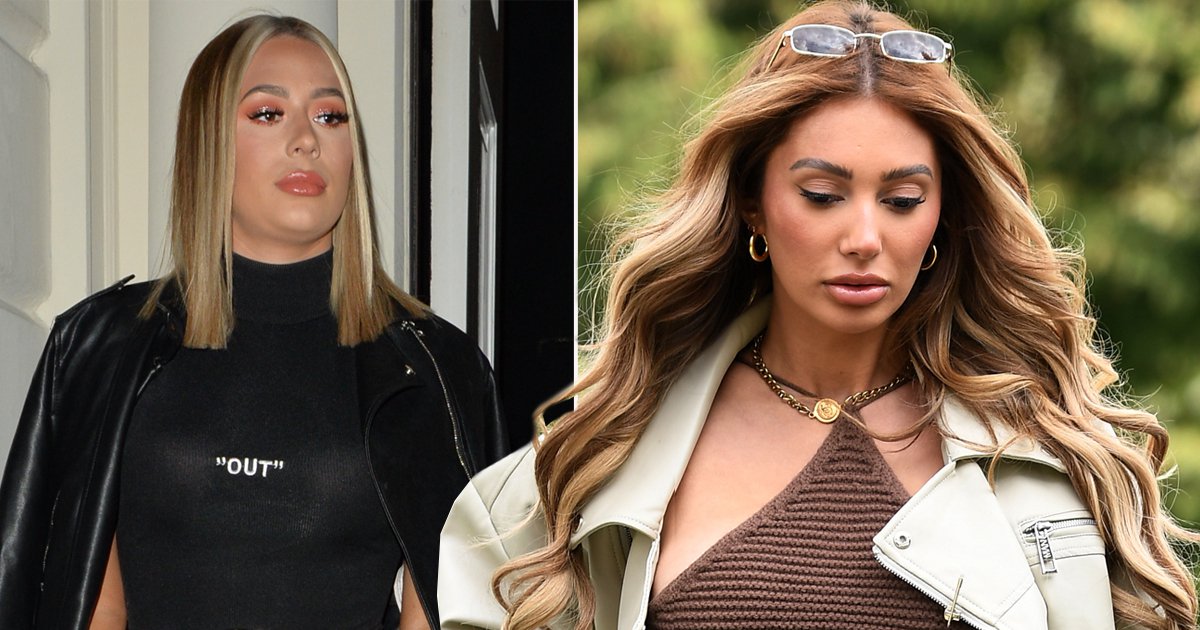 Francesca and Demi appeared loved-up on TOWIE but all was not as it seems (Picture: REX/Getty)Francesca Farago has spoken out about her split from Demi Sims, claiming the couple’s romance ‘fizzled out’ before she was told to ‘leave London’.
Canadian Francesca’s romance with Demi, 25, was documented on Towie but their relationship has come to a dramatic end earlier this year.
Francesca, 27, opened up about the split in a new YouTube video, revealing she is hurt at being ‘cut off’ after they grew close quickly.
She said: ‘We lived together right off the bat and everything was great, and then I got Covid. I got really sick, it kicked my a**.
‘I almost had to go to the hospital. I think that’s when things started to go south between Demi and I.
‘We were only talking to each other for a few weeks online before we met and then we moved in together right away so we never had that dating period or getting to know you period.’

Francesca confessed she felt the pair’s relationship was unbalanced and felt she was putting in a lot of effort.
She said: ‘I was really, really stressed and I was really frustrated because I didn’t really feel like Demi was helping me and I’m moving across the country for this person.
‘I was spending so much money… It was a lot of effort and work and I just didn’t feel like I was being helped out or anything was being reciprocated.’
Their relationship ‘fizzled out’ soon after and, despite believing they could have remained friends, Demi blocked her and didn’t leave that door open.
Francesca added: ‘There’s different things that we expected of a relationship, and [that we] need and want, there’s different love languages and ours just didn’t match up and that’s perfectly fine.
‘After the break-up, she just blocked me and deleted me and told me to leave London and just was like: ”You’re cut”.

Demi and Francesca have gone their separate ways (Picture: Instagram)‘I didn’t think I deserved that because I didn’t do anything wrong, and she didn’t do anything wrong.
‘We just kind of fizzled and there was no more spark. We weren’t like having conversations or doing anything fun, we weren’t seeing anything in London, the relationship was so blah.’
Demi also spilled the beans on the true extent of her heartbreak on an episode of Towie last month.
Breaking down, she spoke about the break-up with her sisters Chloe and Frankie.
More: TOWIE

The reality star divulged that the relationship she had with Francesca was actually very different to what they showed the public.
‘Me and Francesca broke up. I feel literally heartbroken but it was for the best. It was the best for both of us,’ she said through tears.
‘We just weren’t getting on behind closed doors. The relationship we were having in front of everyone else was a different relationship from what we were having when no one was there.
‘The spark was gone. There was no conversation, it was like getting blood out of a stone.’
Got a story?
If you’ve got a celebrity story, video or pictures get in touch with the Metro.co.uk entertainment team by emailing us celebtips@metro.co.uk, calling 020 3615 2145 or by visiting our Submit Stuff page – we’d love to hear from you.