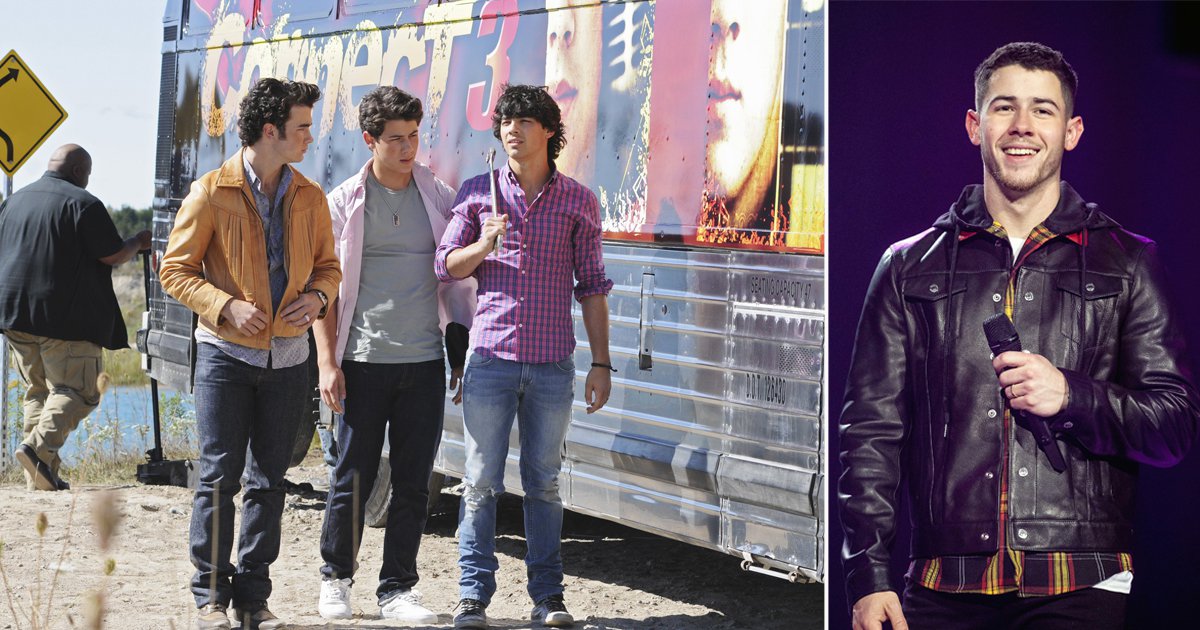 Nick Jonas rose to fame with his brothers in their band on a Disney series called Jonas (Picture: Getty)Nick Jonas is glad the stigma of working with Disney has gone and he now believes it’s a brilliant platform for rising stars.
The singer, 28, rose to fame with his brothers Kevin and Joe thanks to their appearance on the Disney Channel in their own show Jonas and in movies such as Camp Rock and its sequel Camp Rock 2: The Final Jam.
While he admits working with the entertainment company had a stigma in their day, he says it can help performers reach superstar status.
Joe told GQ: ‘I don’t think working with [Disney] has the stigma that it did in our day, thankfully. I think it’s wonderful what’s happening with Olivia Rodrigo and others who have been launched on programs that are targeted towards teenagers but are still being taken seriously.
‘I think one of the biggest misconceptions about [the Jonas Brothers] in the early days was that, first of all, it was manufactured, which is just impossible because, well, we’re brothers.
‘The second was that the music we released as the Jonas Brothers was manufactured in some ways. It truly wasn’t.’

The Jonas Brothers had their own series on the Disney Channel (Picture: WireImage)

Nick is pleased to see how Disney has helped Olivia Rodrigo’s career (Picture: Getty)Nick’s brother Joe recently hinted he’d like to work with K-Pop legends BTS after fans called for them to unite with The Jonas Brothers following their meeting at the 2019 Billboard Music Awards.
When asked by Metro.co.uk recently if there was a chance of a collaboration between the two groups, he said: ‘I think they are immensely talented and incredible at what they do.
‘A collab would be awesome.’

Fans have been calling for The Jonas Brothers to work with BTS (Picture: Getty)

Nick’s brother Joe Jonas and girlfriend Sophie Turner have a child together (Picture: FilmMagic)Joe also promised that he is also working on ‘new stuff’ with his siblings, and has been in the studio recently.
‘We are constantly in the studio and working on stuff,’ he continued. ‘New stuff is coming soon for sure.’
More: US Showbiz news

The star spent the majority of the last year locked down with wife Sophie Turner, with the couple celebrating their second wedding anniversary last week.
During their time at home, the lovebirds quietly welcomed their first child together, introducing baby Willa last summer.
Got a story? If you’ve got a celebrity story, video or pictures get in touch with the Metro.co.uk entertainment team by emailing us celebtips@metro.co.uk, calling 020 3615 2145 or by visiting our Submit Stuff page – we’d love to hear from you.