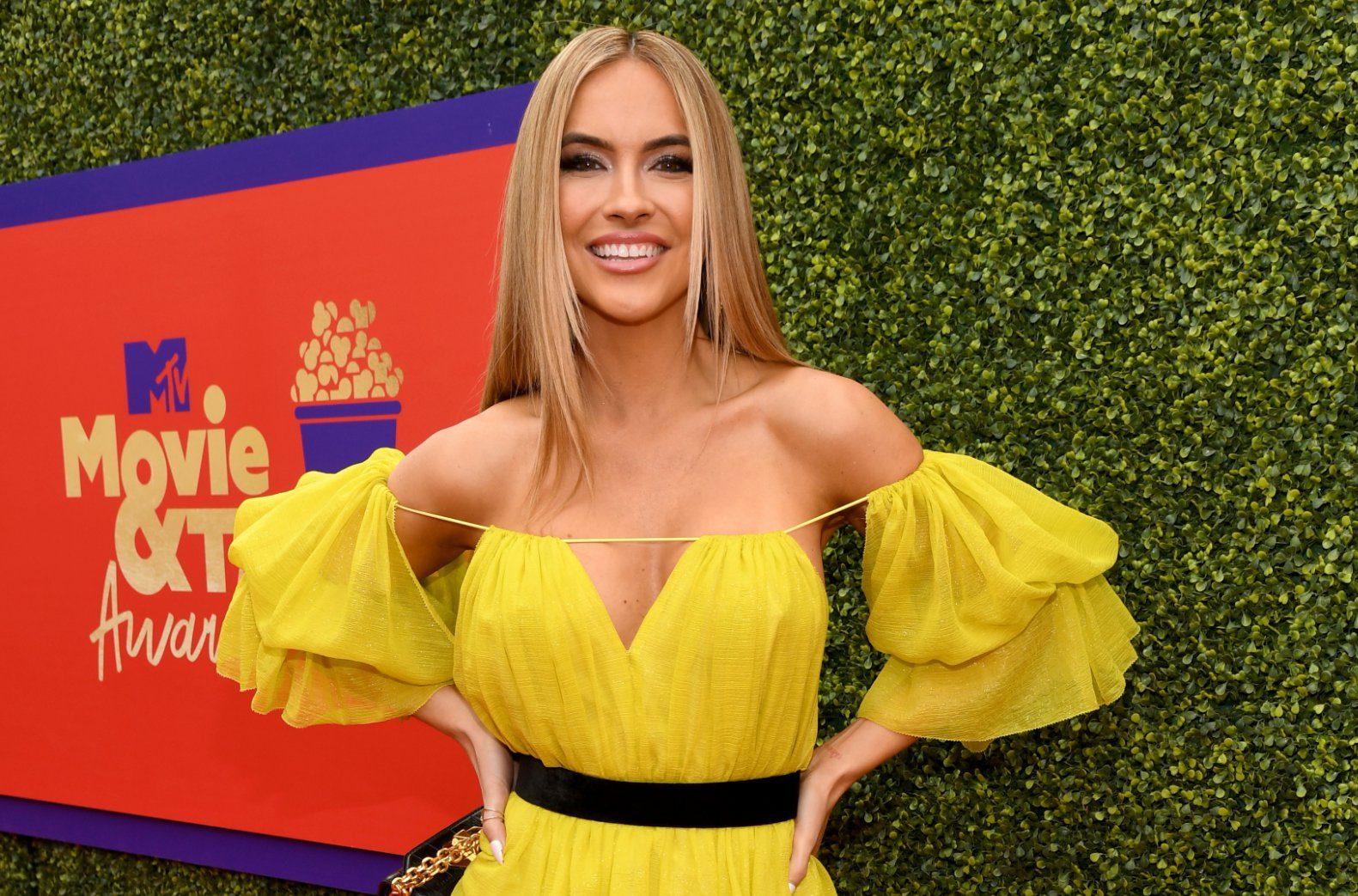 Chrishell Stause was glowing on the red carpet at the MTV Movie and TV Awards (Picture: Getty)Chrishell Stause was glowing as she hit the red carpet at the 2021 MTV Movie and TV Awards last night, after it emerged that ex-husband Justin Hartley had secretly got married to Sofia Pernas.
The Netflix star split from the This Is Us actor in 2019, with the breakdown of their marriage playing out on season three of Selling Sunset.
But she didn’t seem too fussed about the news as she smiled widely for cameras on the carpet, on night two of the annual bash.
She rocked a stunning, off-the shoulder yellow dress for the night, complete with huge sleeves and a black belt.
Chrishell completed the look with strappy peep-toe black heels, and a black and gold bag.
Her appearance comes just hours after ex Justin posed for pictures beside Young and the Restless co-star Sofia at the first day of the MTV Awards, flashing their wedding rings on their first outing as a married couple.

Chrishell was joined by her Selling Sunset co-stars on the red carpet (Picture: Getty)Eagle-eyed onlookers spotted their new jewellery and questioned if they had secretly walked down the aisle – with an insider telling People magazine they ‘recently’ said their vows.
The lovebirds were first linked last summer, with an insider confirming in June that they had been dating ‘for several weeks’.
They went Instagram official on New Year’s Eve, as they celebrated the evening together.
Justin was previously married to Chrishell, with the former couple getting married in 2014.

Chrishell and Justin’s split played out on series three of Selling Sunset (Picture: Rex)However it wasn’t to last, with the actor filing for divorce in November, 2019 – with their separation finalised in February of this year.
The divorce was played out on season three of Selling Sunset, with the reality star claiming she was entirely blindsided by the split.
Breaking down on the show, she said: ‘I thought we were totally fine. We had an argument that morning [of a charity event] over the phone and I never saw him since, we didn’t talk things through.
More: UK

‘Before we had the chance to figure things through, he filed. I just can’t believe everyone’s finding out when I’m finding out. I had literally no time, the people who were in our wedding found out through TMZ. That’s so disrespectful.
‘When I got home that night, everything was fine but we got into an argument. When I look back on it, part of me thinks he made a decision and I wasn’t given a say in this…
‘He didn’t want to be talked out of it.’
Got a story?
If you’ve got a celebrity story, video or pictures get in touch with the Metro.co.uk entertainment team by emailing us celebtips@metro.co.uk, calling 020 3615 2145 or by visiting our Submit Stuff page we’d love to hear from you.

See also  Battlefield 6 Video Game Will Be Unveiled Next Week

Facebook
Twitter
Pinterest
WhatsApp
Previous articleChia Coin? What is Chia Coin? How To Mine Chia Coin? All On Chia Docs
Next articleZack Snyder’s Final 300 Movie Was Rejected by Warner Bros.