HomeBusinessDrag Race Down Under: Coco Jumbo has no idea who sent note
BusinessGeneralScienceTechnologyWorld News

Drag Race Down Under: Coco Jumbo has no idea who sent note 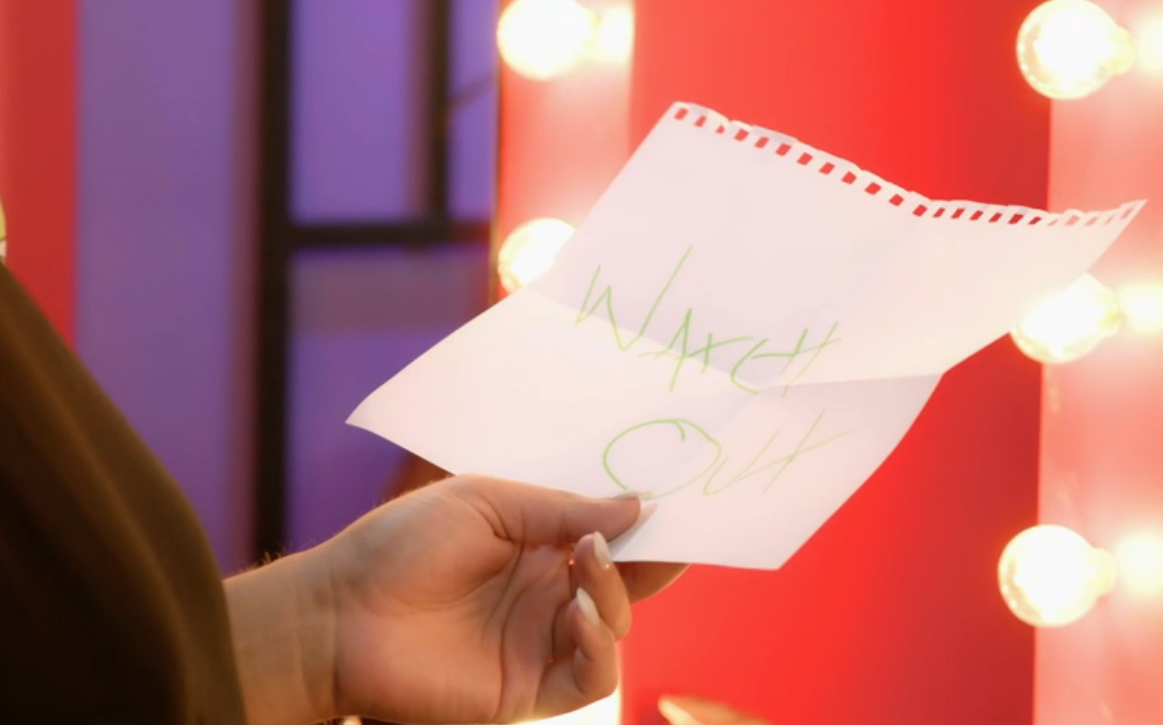 Coco Jumbo received a warning message from another queen (Picture: BBC)Drag Race Down Under’s Coco Jumbo still has absolutely no idea who wrote the note that was found resting on their make-up station.
In the third episode of the series, fellow drag race contestant Etcetera Etcetera discovered that a handwritten letter had been planted on their co-star’s work station.
Written in green pen, the sinister message simply read: ‘Watch out’.
Speaking exclusively to Metro.co.uk following her elimination from the competition, Coco spilled that the mystery has still not been solved.
‘I haven’t yet [found out] but I’m dying to know,’ they told us. ‘I have no idea. I left before anything was set in stone.’
Sharing their hunch at who the culprit is, Coco continued: ‘I think it was Art. If anyone was going to write that it would have been Art [Simone].’

The note said ‘watch out’ (Picture: BBC)Coco sent Art packing in episode two of Drag Race Down Under after they faced off in the lip sync.
‘We have a group chat and after I kicked her off I apologised,’ Coco said when asked whether they had spoken following the dramatic exit.
Coco added that they weren’t at all bothered by the note, especially if it was written by Art.
‘If it was Art, I mean what are you going to do about it? I just kicked you off,’ they continued.
Coco did though a curveball though, suggesting that the note could have been intended for one of the other drag queens.
More: RuPaul’s Drag Race

‘I’m not sure it was even meant for me,’ Coco said. ‘It could have been for Etcetera because her and I were sharing the section. I don’t think anybody else knew that.’
The mystery continues…
RuPaul’s Drag Race Down Under airs Sundays on BBC iPlayer.
Got a story?
If you’ve got a celebrity story, video or pictures get in touch with the Metro.co.uk entertainment team by emailing us celebtips@metro.co.uk, calling 020 3615 2145 or by visiting our Submit Stuff page we’d love to hear from you.