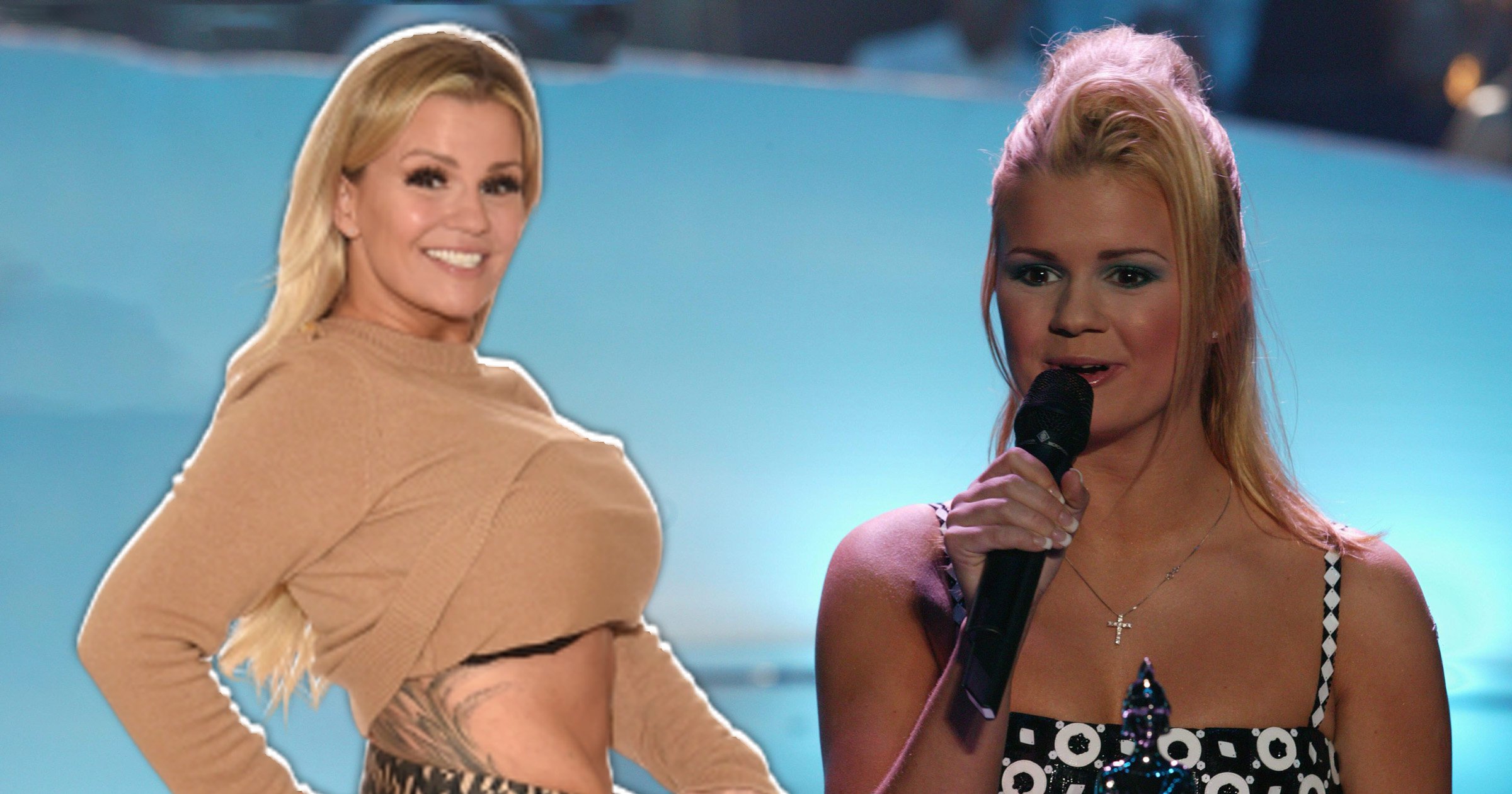 Kerry Katona hasn’t been back to the Brits since her infamous fart comment (Picture: Backgrid/Getty)Kerry Katona has revealed that she thinks she hasn’t been invited back to the Brit Awards since 2004 because she farted on stage.
The former Atomic Kitten singer, 40, famously made a comment about having farted while handing out the award for best British male to Daniel Bedingfield.
Arriving on stage, she proclaimed to the audience: ‘Hello! You all look so clean and smell lovely. I just farted…’ before announced that Daniel had won.
Luckily, Daniel didn’t have to step onto the same stage following that admission as he was poorly and accepted his award over the phone from home.
Kerry believes the comment about her flatulence might have knocked her off the guestlist ever since as she has not been back to the awards.
She wrote in her New magazine column: ‘I haven’t watched the Brit Awards in years, but seeing all the pictures reminded me of the time I was asked to present an award.

‘It was just after I won the Jungle and I awkwardly said on stage that I was so nervous that I’d just farted. They never asked me back after that!’
Kerry – who was married to Brian McFadden at the time – added: ‘I also went to the Brits with Brian when I was pregnant with Molly and met Eminem. It used to be really good back in the day.’
Her comments come after last week’s Brit Awards, which saw Perrie Edwards and Leigh-Anne Pinnock of Little Mix make their first red carpet appearance since announcing their pregnancies.
More: Kerry Katona

The band also made history as the first female winners of the best group category, honouring other girl bands including the Spice Girls in their speech.
The night also saw a surprise appearance from Harry Styles to accept an award for best British single on the night.
Got a story?
If you’ve got a celebrity story, video or pictures get in touch with the Metro.co.uk entertainment team by emailing us celebtips@metro.co.uk, calling 020 3615 2145 or by visiting our Submit Stuff page we’d love to hear from you.

MORE : Kerry Katona overjoyed to buy house after ‘losing everything’: ‘I never thought I’d be where I am today’

MORE : Kerry Katona in hospital after suffering allergic reaction as she shares picture of cannula in arm

Facebook
Twitter
Pinterest
WhatsApp
Previous article2 bold predictions for Nuggets-Blazers in 2021 NBA Playoffs
Next articleBill Gates Confesses To Cheating On His Wife Of Nearly 3 Decades Amid Divorce And No One Is Surprised!