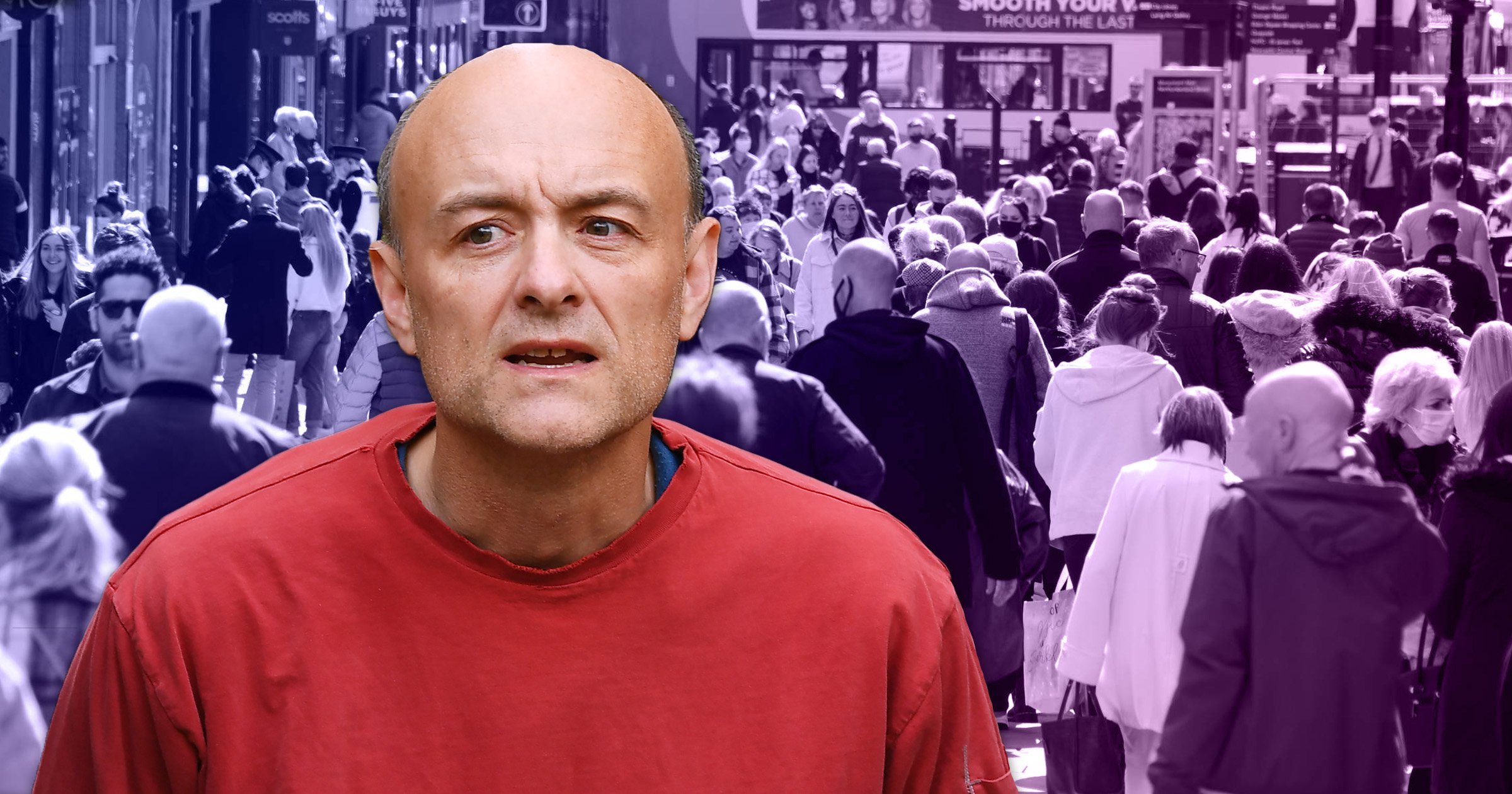 Dominic Cummings has taken another huge swipe at Boris Johnson’s government (Picture: Tolga Akmen / AFP)Dominic Cummings has accused Matt Hancock of lying about the Government’s original plan to let coronavirus spread through the community in an attempt to build ‘herd immunity’.
Boris Johnson’s former top adviser said the plan when the disease first emerged was to develop resistance in the population in the months leading up to September.
In a series of bombshell tweets he said it was only abandoned in early March after Downing Street was warned it would lead to a ‘catastrophe’.
Mr Cummings’ latest intervention comes as he prepares to give evidence on Wednesday to MPs on the Commons health and science committees who are investigating the Government’s response to the pandemic.
Downing Street is braced for a potentially highly damaging onslaught following his acrimonious departure from No 10 at the end of last year.
In a foretaste of what to expect, he said that there may have been no need for any lockdowns if the country had had the ‘the right preparations and competent people in charge’.
Instead he said that at the beginning of March last year, the plan had been ‘herd immunity’ and that claims to the contrary by the Health Secretary were ‘bulls***’.
He also strongly attacked the media for accepting the Government’s denials.

Boris Johnson’s government is braced for more damaging accusations by the former top aide (Picture: AFP)‘Media generally abysmal on Covid but even I’ve been surprised by one thing: how many hacks have parroted Hancock’s line that ‘herd immunity wasn’t the plan’ when ‘herd immunity by September’ was’ literally the official plan in all documents/graphs/meetings’ until it was ditched,’ he tweeted.
‘Yes the media is often incompetent but something deeper is at work: much of SW1 (the Westminster postcode) was happy to believe Hancock’s bullshit that ‘it’s not the plan’ so they didn’t have to face the shocking truth. Most political hacks believe in ‘the system’…
‘In week of March 9, No10 was made aware by various people that the official plan would lead to catastrophe. It was then replaced by Plan B. But how ‘herd immunity by September’ could have been the plan until that week is a fundamental issue in the whole disaster.’
More: TV

At the time, the Government’s chief scientific adviser, Sir Patrick Vallance, had said that if they tried to suppress the disease ‘very, very hard’ it would simply bounce back when restrictions were released.
Instead he suggested the aim was to ‘build up some kind of herd immunity’ so more people were resistant to the disease and transmission was reduced.
In his tweets, Mr Cummings said there had been ‘so much lock down confusion’.
‘Obviously they’re ‘destructive’. But if you have to do it because alternative is ‘hundreds of thousands choking to death and no NHS for months for everybody else and economy sunk because everybody hiding in terror’ then earlier/harder is better for health AND economy,’ he said.
‘If we’d had the right preparations and competent people in charge, we would probably have avoided lockdown 1, ‘definitely’ no need for lockdowns 2 and 3.
‘Given the plan was AWOL/disaster and awful decisions delayed everything, lockdown 1 became necessary.’
Get in touch with our news team by emailing us at webnews@metro.co.uk.
For more stories like this, check our news page.