EastEnders spoilers: Stas returns on a mission for sinister Suki 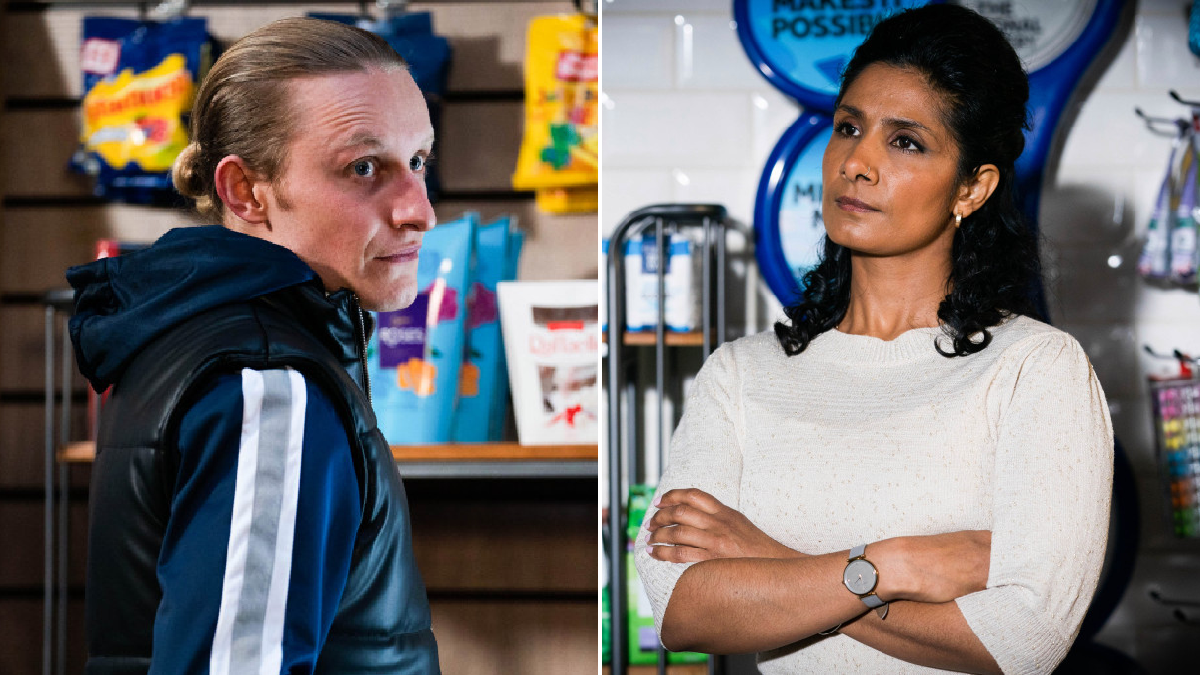 Stas is back! (Picture: BBC)Dodgy Stas (Adam Young) is set to make his return to EastEnders in the coming weeks as he arrives back in Walford on a dangerous mission for Suki Panesar (Balvinder Sopal).
Back in March, Ben (Max Bowden) and Kheerat (Jaz Deol) found themselves in danger when Stas threatened to kill them.
After Ben unleashed his anger over Stas agreeing to do business with the Panesars instead of the Mitchells, Kheerat decided to work with Ben.
Following the deadly showdown, we haven’t really seen much of Stas, but that will all change soon.
Suki returns from her trip and when Vinny (Shiv Jalota) mentions Kheerat’s seeing someone, Suki’s immediately annoyed.
It transpires that Suki is desperate for money for mysterious reasons and asks Phil (Steve McFadden) for a loan, but he refuses.
Following the discovery that Kheerat is seeing Sharon (Letitia Dean), Suki gets a call from Jags.
Later, Stas turns up at the Minute Mart to meet Kheerat as arranged, but Suki reveals the message was from her as she wants to talk business.

Kheerat is furious with Suki for messaging Stas, but she is forced to explain that Jags is now in trouble.
Given Kheerat’s last interaction with Stas, where will things lead this time?
If you’ve got a soap or TV story, video or pictures get in touch by emailing us soaps@metro.co.uk – we’d love to hear from you.
Join the community by leaving a comment below and stay updated on all things soaps on our homepage.

See also  They Better Bring Me Back