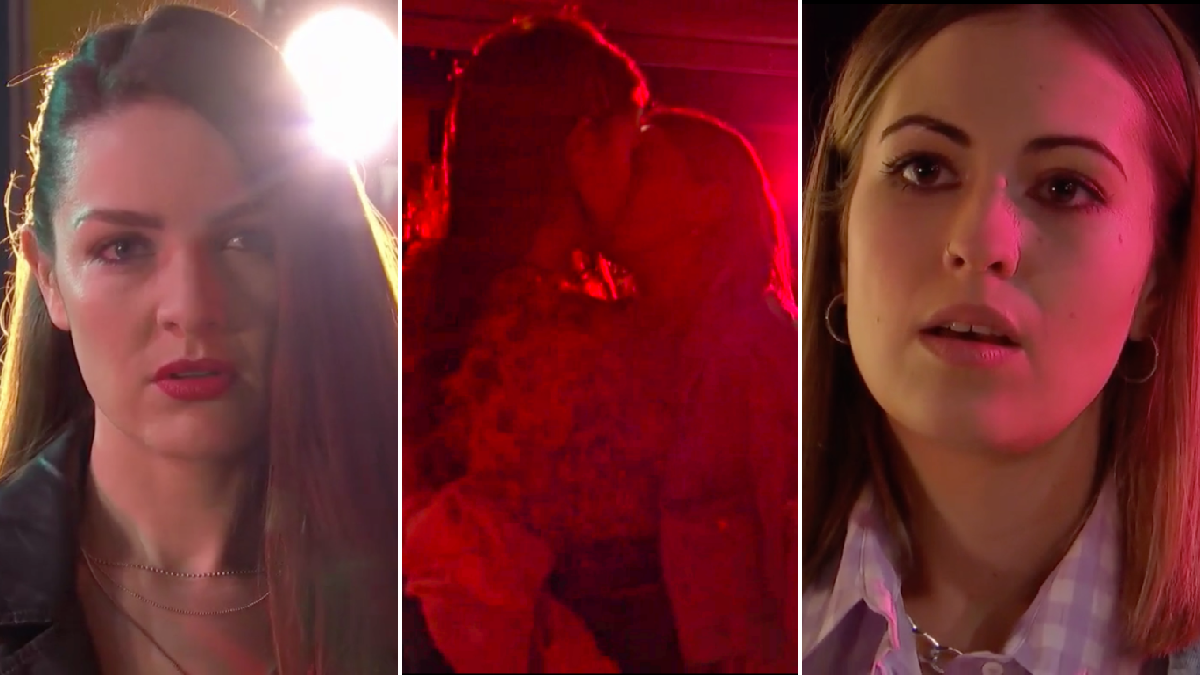 Sienna and Summer succumbed to temptation in passionate scenes (Picture: Lime Pictures)Hollyoaks icon Sienna Blake (Anna Passey) succumbed to temptation tonight (May 25), as she had sex with Summer Ranger (Rhiannon Clements).
The stalwart of the Channel 4 soap has been fighting her feelings for her former adversary for a number of weeks, following their shock kiss at the beginning of the month.
One thing led to another, however, and Sienna ultimately decided to throw caution to the wind in tonight’s edition of the long-running serial drama.
The chemistry was aplenty as the two women crossed paths, with Summer evidently admiring Sienna’s sleek new look.
Sienna, meanwhile, toyed with her adversary’s emotions when she discovered that Summer was considering leaving the village with Brody Hudson (Adam Woodward).
Summer, having decided enough was enough, texted Sienna, but she did so while pretending to be Trish Minniver (Denise Welch), and thus instructed her to meet her in the dance hall.

Sienna did as she was asked, and arrived in the studio to find Summer, who took it upon herself to lock them in together.
The electricity was rife, as the two women revealed why they’ve been unable to stop thinking about one another.
With superb dialogue and wonderful performances from actresses Anna Passey and Rhiannon Clements, Sienna and Summer’s tale of passion ignited.
The former enemies locked lips and explored one another with their hands, as they took their relationship to the next level in steamy scenes.
More: Channel 4

Brody, meanwhile, had been informed of Summer’s presence at the school, and therefore he made a beeline for the building.
Will he find his girlfriend having her wicked way with his ex? Only time will tell.
Hollyoaks continues Wednesday May 26 at 7pm on E4.
If you’ve got a soap or TV story, video or pictures get in touch by emailing us soaps@metro.co.uk – we’d love to hear from you.
Join the community by leaving a comment below and stay updated on all things soaps at our homepage.