HomeBusinessLine Of Duty's Adrian Dunbar rubbed up wrong way in Inside No....
BusinessGeneralScienceTechnologyWorld News

Line Of Duty’s Adrian Dunbar rubbed up wrong way in Inside No. 9 cameo 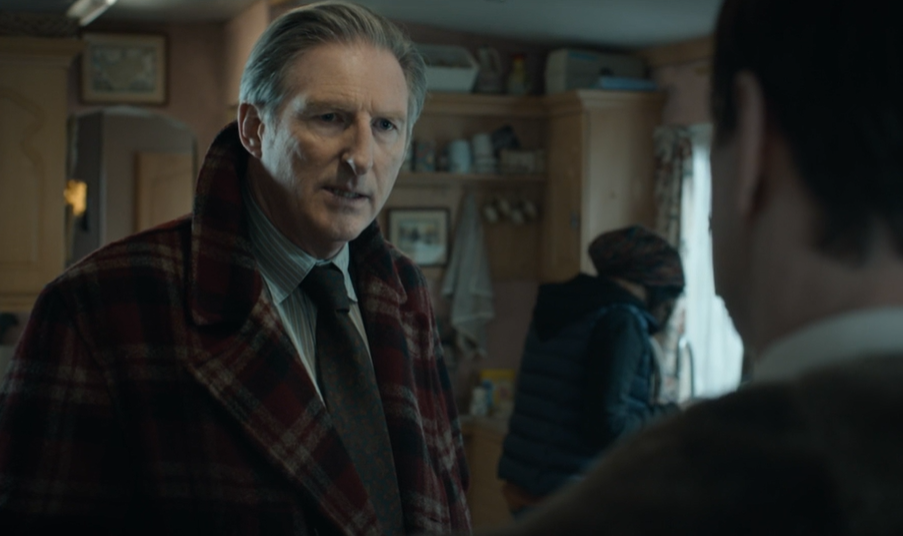 Line Of Duty’s Adrian Dunbar gets rubbed up the wrong way as he appears as himself in the upcoming new episode of Inside No. 9- and we’re grimacing hard.
The Ted Hastings star features alongside Reece Shearsmith and Steve Pemberton in the episode Hurry Up And Wait, which takes place on the set of an ITV crime drama.
In a preview clip for the upcoming episode, Shearsmith’s character James, an actor waiting for his big break, is gearing up to run through his lines with Adrian.
However, things quickly take a turn for the awkward when James massively puts his foot in it by comparing Adrian’s policeman character to that of Ted Hastings in Line Of Duty…
‘Of course I love you in Line Of Duty as well, another policeman,’ James fangirls.
‘Sorry?’ Adrian replies confused.

Adrian Dunbar stars in the upcoming episode of Inside Number Nine (Picture: BBC)‘In this, playing another policeman,’ James replies, pointing out the similar roles.
‘Yes but I’m playing him totally differently to Ted, I mean totally differently,’ Adrian hits back, getting defensive.
‘They’re like chalk and cheese, I mean it’s not the same performance at all.’
Trying to worm his way out of the situation, James replies: ‘Yeah course, I can see that.’
We can’t wait to watch this nightmare unfold.
More: Line of Duty