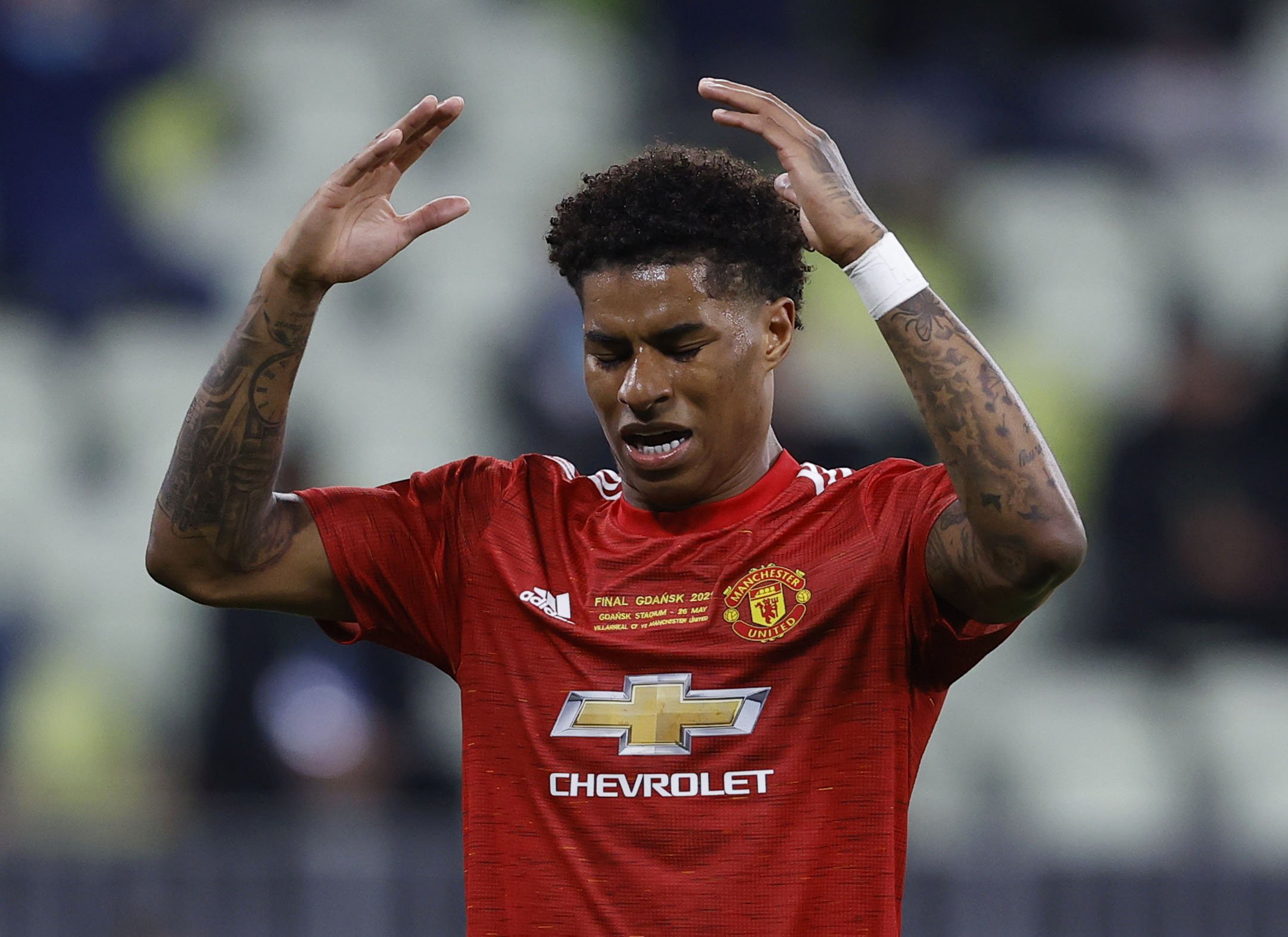 Marcus Rashford received over 70 abusive messages after Manchester United’s defeat to Villarreal (Reuters)Marcus Rashford has revealed that he received racist abuse from a maths teacher following Manchester United’s defeat in the Europa League final on Wednesday evening.
Ole Gunnar Solskjaer’s side were beaten by Villarreal in a penalty shootout in Gdansk, with goalkeeper David De Gea missing the crucial spot kick in sudden death.
Rashford has previously reported racist abuse direct at him earlier this season and has campaigned for social media companies to introduce tougher measures in order for people to be better protected.
But after United’s defeat in Gdansk, Rashford revealed that he had received at least 70 abusive messages on his social media accounts.
And the United forward discovered that one user who had sent him abuse is a maths teacher who works with children.
‘At least 70 racial slurs on my social accounts counted so far,’ Rashford wrote on Twitter after United’s defeat.

Marcus Rashford took off his runners-up medal after Manchester United’s loss in the Europa League final (Reuters)‘For those working to make me feel any worse than I already do, good luck trying
‘I’m more outraged that one of the abusers that left a mountain of monkey emojis in my DM is a maths teacher with an open profile. He teaches children!! And knows that he can freely racially abuse without consequence.’
In a passionate interview after United’s defeat, Rashford said the team’s second-place finish in the Premier League this season and narrowly missing out on the Europa League trophy ‘means nothing’.
‘In the league we finished second. Second doesn’t count for nothing,’ Rashford told BT Sport.

Villarreal’s players celebrate with the Europa League trophy (AFP via Getty)‘Manchester City win the league, we finish second, it doesn’t mean nothing. Villarreal win the Europa League, we finish second, for us it means nothing.
‘I don’t want to hear, ‘they were so close’. It doesn’t mean anything. There is one winner and one loser and today we lost. We have to find out why and make sure next time we don’t lose.
‘The feeling inside is difficult to explain because we came here to win. We have been working so hard all season and this was the opportunity to win a trophy and it didn’t happen for whatever reason.
More: Manchester United FC

‘We have to get rid of the disappointment and after that we need to look back at the game and see what we’ve done wrong and where we can improve.
‘All I can say is the team will not give up, there is no chance this team gives up. The manager will not give up, he will not allow us to give up.
‘We will come next season with a bigger desire. We have everything to compete at the highest level. We just have to show it to the world and show it to ourselves.’
For more stories like this, check our sport page.
Follow Metro Sport across our socia channels, on Facebook, Twitter and Instagram.